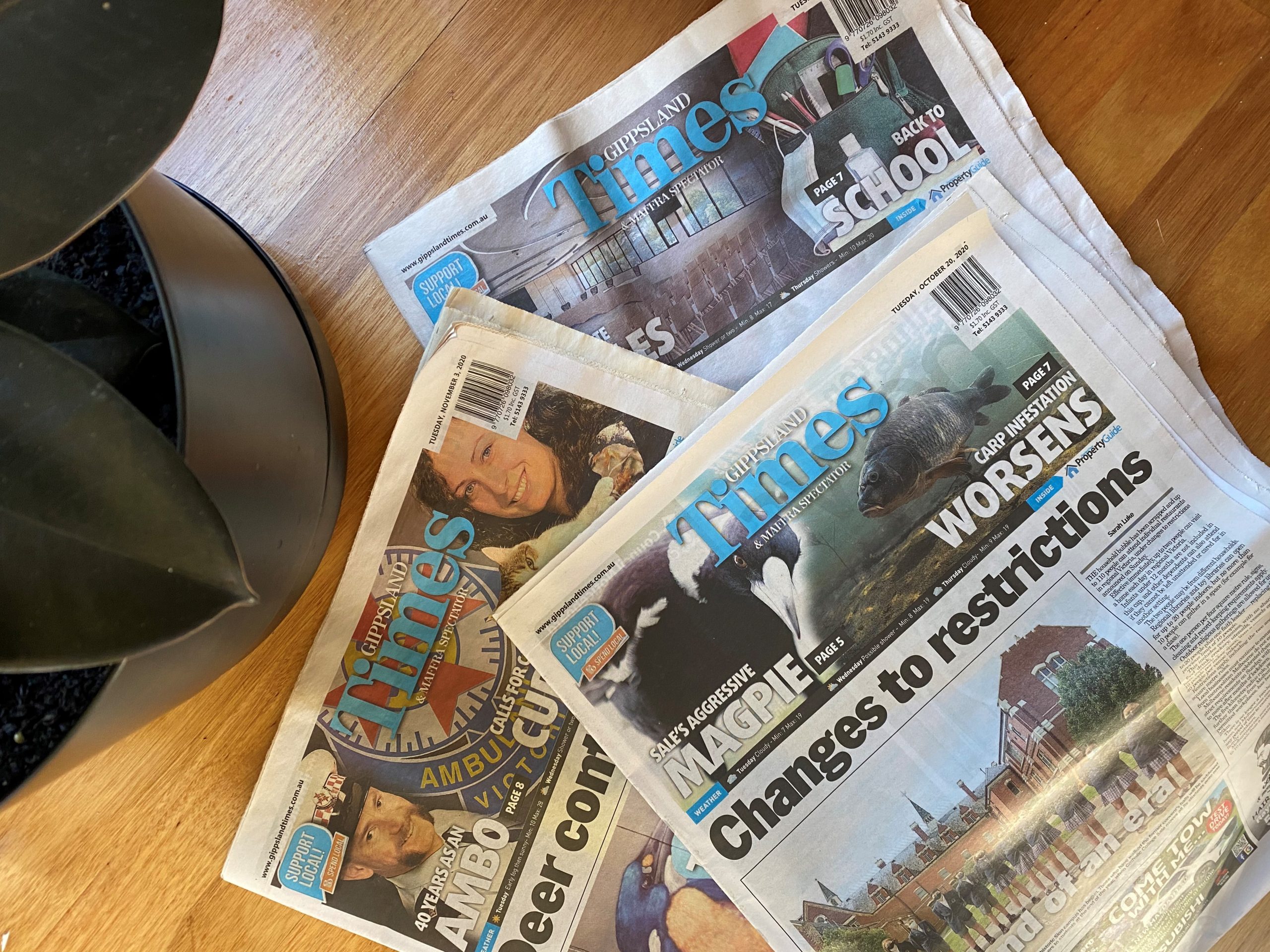 NEWSPAPER readers in the Wellington Shire area are being urged to have their say on the future of country media in Australia’s biggest survey on local news.

The survey, launched nationally, is part of the largest study of its kind in Australia, running for three years with almost $250,000 backing from the Australian Research Council, one of the federal government’s main competitive research funding agencies.

Deakin University, RMIT University and Country Press Australia, the peak regional media organisation, of which this newspaper is a member, are leading the study.

The survey aims to give people a voice on ways to improve the sustainability of their local papers.

“If you read your local newspaper, then it’s absolutely vital you fill in this survey to show your support for local news,” Associate Professor Hess said.

“We are depending on you.

“We want to hear your ideas and feedback on the role of country newspapers in these digital times.

“We want to know what the paper means to you and how it might improve into the future.”

Project partner and Country Press Australia executive director, Bruce Morgan, said the project was as much about regional communities as it was about local media businesses.

“Local media outside metropolitan Australia is very much the journal of record for the towns and regions it represents,” he said.

“It is not exaggerating to say that, should we lose local media representation, it will impact not just on the fabric of those communities, but the very principles of democracy.

“That is, the ability to record, champion, challenge and hold accountable.

“That is why this highly-credible, well-funded research is vital to those communities and their future,” Mr Morgan said.

The survey should take up to 10 minutes and will ask a range of questions that relate to people’s views on local newspapers.

All participants have a chance to win one of 10 new-release Apple iPads.

The survey will run until the end of November. Visit the link localnewsinnovation.org to begin the survey.