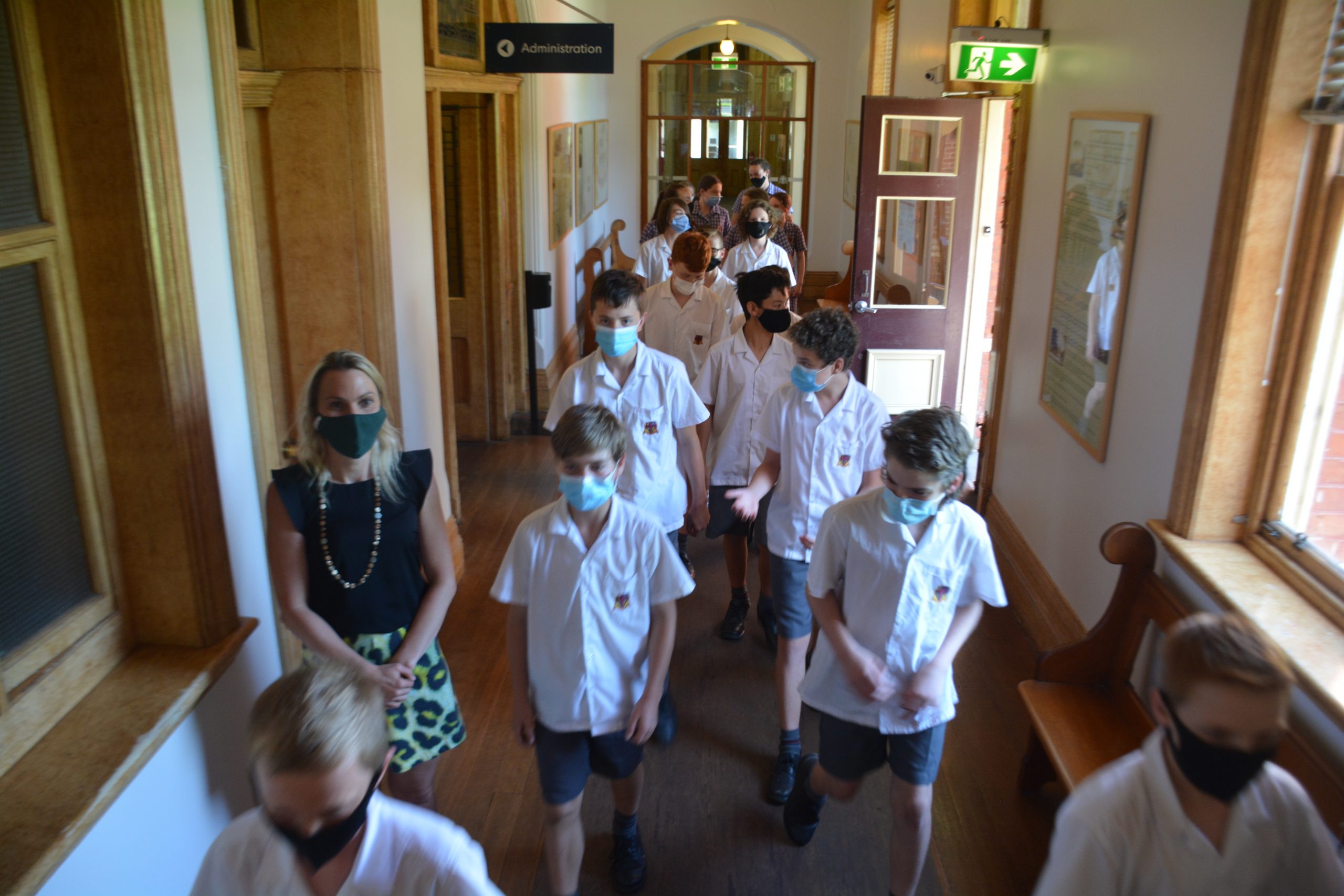 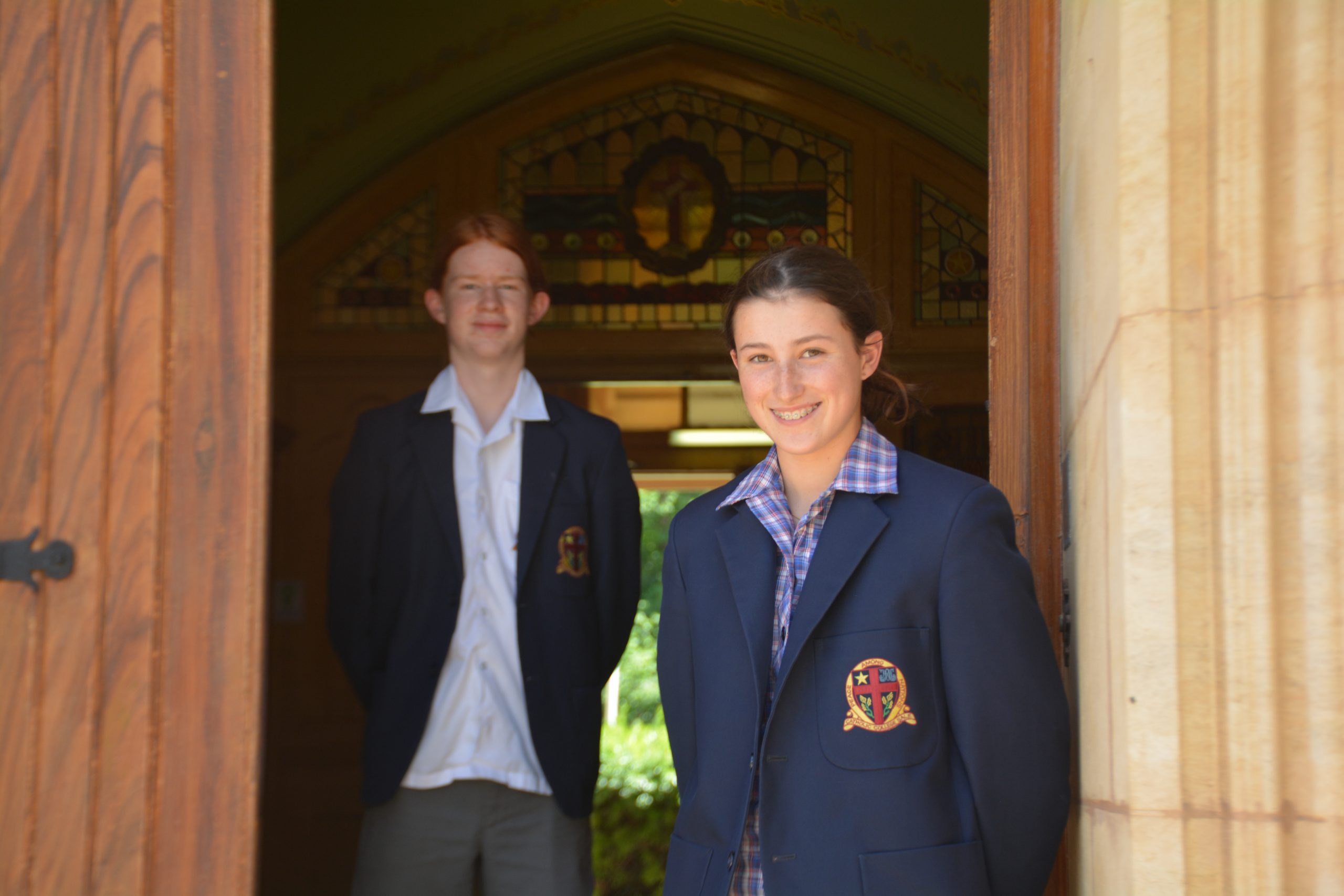 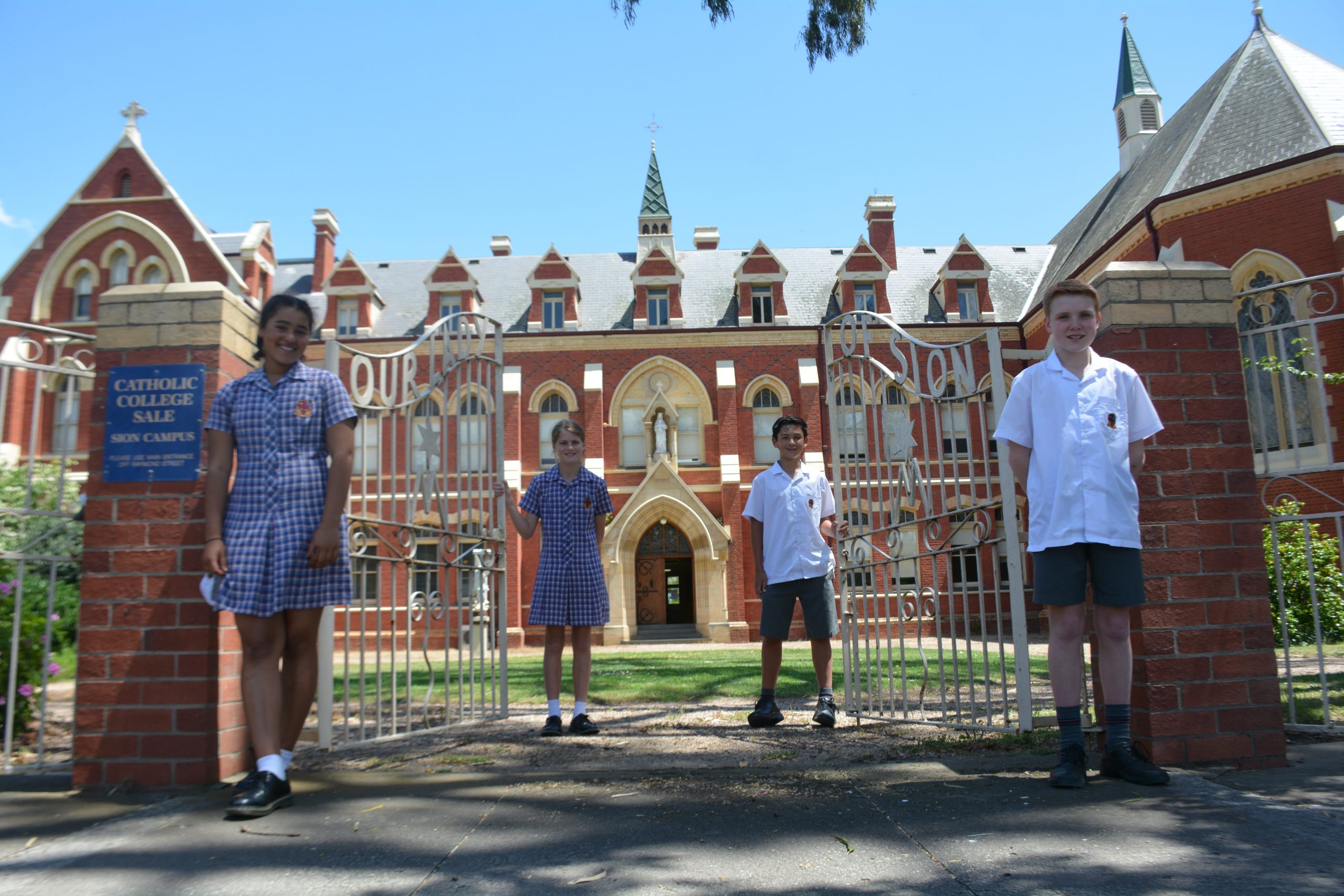 Our Lady of Sion: a brief history

THIS Thursday at 3.15pm, will be a bittersweet moment for former and current staff, parents and students when the bell rings for the last time at Catholic College Sale’s Sion campus.

The historic Our Lady of Sion convent, built in 1892, is one of Sale’s oldest buildings, and also one held dearest.

Grandparents, their children and their children’s children from Sale and surrounds, and far broader during boarding school days, have walked the hallways of the York St convent.

Since 1893, children have filled the classrooms, played hopscotch or kicked the footy in the grounds, reflected quietly in the chapel, and received the occasional reminder from a nun to conduct themselves in an orderly fashion or straighten their uniforms.

In 2016, Catholic College Sale announced it would update its St Patrick’s campus to accommodate Years 7 through to 12, with new state-of-art classrooms and specialised learning spaces.

Now redevelopment of the John 23rd building is complete, it is time for the school’s some 340 junior students to farewell Sion and make the permanent leap to the senior campus – closing a romantic chapter in Sale’s educational history.

The college’s Sion campus director Kelly Burgiel said excitement surrounding the move had been bubbling away amongst the students for a few weeks ahead of the move.

“Parents have been apprehensive and asking lots of questions, and have been for a while … but once they’ve heard and seen the facilities I’m sure they’ll all be so satisfied with what learning and tools we have for their children,” she said.

“The Year 8s, going into Year 9, they’re all really excited to move up the other end.

“Usually they are anyway, because it’s time for them to go up there and move on, but I think they’re also excited because they know they’re getting new facilities.”

Principal Chris Randell said discussion surrounding the amalgamation of the campuses first began eight years ago, and four and a half years ago the school’s governors made the decision to press ahead – but wanted it done in 18 months.

“We had to turn around and say we don’t have the facilities to do that, we need time, but we’ve been very lucky – the govenors of the Marist, the diocese and the bishop have supported a significant investment into this community to ensure it’s right going forward,” he said.

The school has gone to great effort to expand the footprint of the St Patrick’s campus to accommodate the influx, with multiple sports courts to be installed within the next 18 months or so, and the reinstatement of the Macalister St footbridge connecting the school to the College Ovals.

There are plans to expand St Mary’s Hall into a performing arts centre, which are still in the works.

“These buildings are beautiful, but you can’t put wifi through them – it drops out,” Mr Randell laughed.

New technologies are embedded in the buildings renovated at St Patrick’s campus, with new whiteboard tables, a university-style lecture theatre, and pull-down interactive screens part and parcel of the new facilities.

Students will no longer have to be bussed between the two campuses, making the shared amenities of Bishop Phelan Stadium, the hospitality centre and the school’s trade school centre readily accessible.

Students now have access to updated science labs, and a whole arts centre, rather than just a single art room.

With all the staff on the one campus, it has become easier to provide flexible learning and coordinate with other teachers to plan and ensure students were ready for VCE.

Mr Randell said the convent building was magnificent, but it didn’t serve the school’s educational future.

“It is the end of an era, and that’s very sad,” Mr Randell said.

“It’s very unfortunate that we have to leave here – it’s served this community for 130 years.

“This year, we would’ve been celebrating that in a lot of different ways, but COVID has interfered with that, so some of those celebrations will have to happen next year.

“It will be an enormous change, for not only the community, but certainly for our staff and students.

“When something that’s been existing and contributing for so long, is coming to an end … the buildings involved are coming to an end, but the tradition and everything else will continue on.

“It is a way of looking forward to ensuring that Catholic education is available for generations to come in this area.”

Mr Randell said while the Marist Brothers and the Sion Sisters may no longer have a physical presence, both groups were still actively involved with the school, and their legacy lived on at St Patrick’s campus – their connection to the school’s community and heritage preserved.

The Sisters of Sion even had a hand in the planning of the school’s new buildings.

“They wanted it softened, to reflect the charism, so there’s been a conscience effort to do that, and the central garden at the front of the school reflects a lot of the Sion aesthetics,” he said.

“Their name continues on in the new complex in Notre Dame de Sion and the library complex.

“There is even a picture of Sister Lorraine in the new auditorium.

“Its each generation’s role to carry on that connection, to know that story.”

Former teacher Margaret Robbins, who began at Sion in 1983, and was head of campus from 1996 to 2005, knows how important the building is to the community, having had several generations of her own family pass through the school, and even teaching some of the current staff.

“One of the things about the school is there’s a lot of connections,” Ms Robbins said.

“There’s a lot of families in the area with big connections to St Pat’s and here, and they’ll make sure that it lives on.”

Ms Robbins is now part of the Friends of Sion, a group of people dedicated to ensuring Sion’s legacy lives on after the Sion Sisters vacated the convent in 1992.

She says there is a lot to admire about the seven French nuns brave enough to travel to the “Antipodes” to establish Catholic education in Gippsland, and give students a home away from their own families, with such architectural flair.

“There’s never a time where I come into Sale and drive around the round about and don’t say, ‘wow that’s a magnificent building’,” Ms Robbins said.

“We’re lucky to have it here – only because of those women.

“When you look at the pioneers of Gippsland, and the women, and the way they could bring extra culture from Europe … it’s really special.”

The future of the Sale landmark remains in the hands of the Diocese of Sale, protected by Wellington Shire heritage overlays and the National Trust of Australia register and Register of the National Estate.