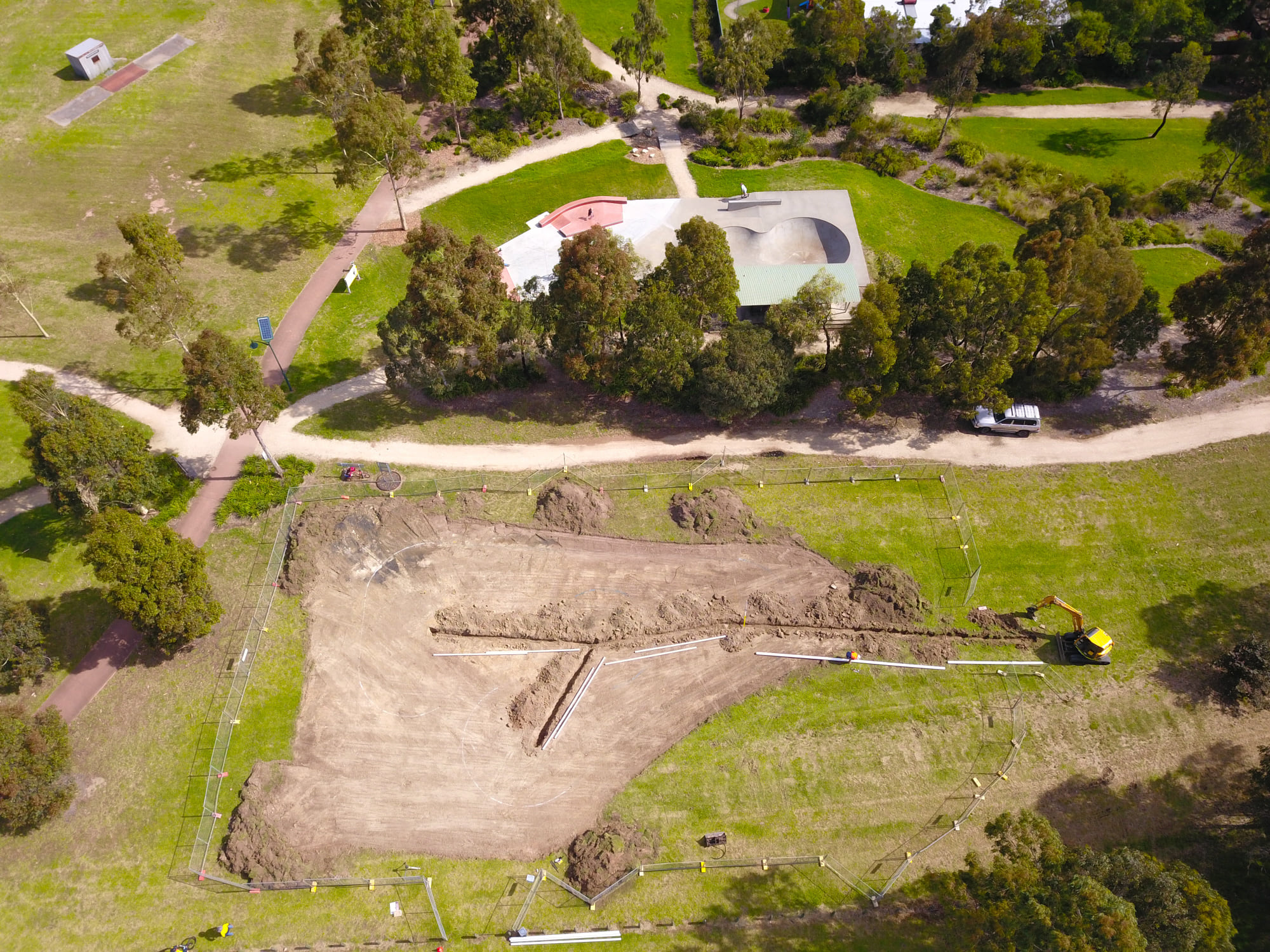 WORKS on Heyfield’s new pump track began this week, and is expected to be completed before Christmas.

The track is the second stage of the Heyfield Youth Play Precinct, which has already resulted in the completion of the town’s new and improved skate park.

Wellington Shire mayor Garry Stephens said the precinct eventuated when Heyfield residents approached council for an expansion to the skate park, to cater for a wider range of skating skill levels, and also a pump track to provide more entertainment options.

“This is a fantastic outcome for the Heyfield community, who very clearly articulated to council what they wanted and were heavily involved in the consultation process which included involvement from local students and children who would actually use the facility,” Cr Stephens said.

“This project is very exciting, because the pump track will be the very first of its kind in Wellington.

“It will be constructed from asphalt and will cater for a range of wheeled sports including scooters, skateboards and bikes.”

The skate park expansion was completed in October, with construction of the pump track expected by Christmas, followed by landscaping.

Gippsland MHR Darren Chester said when finished, the facilities would encourage families, teens and young people to be more active.

“We need to continue to improve the liveability and attractiveness of our towns and smaller communities for both residents and visitors – and that’s what recreation areas like these can achieve,” he said.

“These projects will also generate much-needed economic stimulus by getting federal government money into our towns to help complete priority infrastructure projects, which support local contractors, suppliers and local jobs.

V/Line is also building a pump track in Stratford as part of the new rail bridge over the Avon River project.