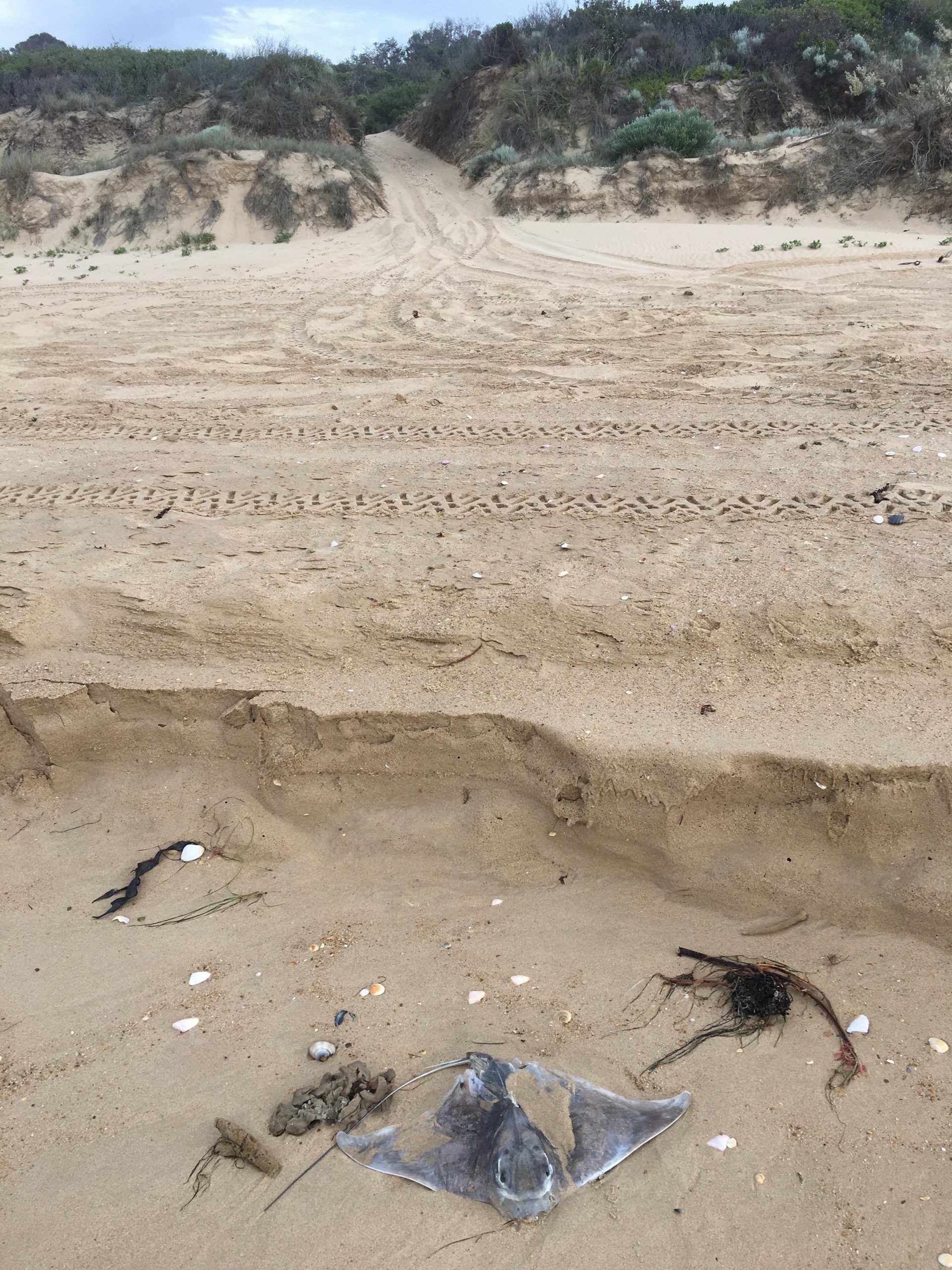 DUNE buggy drivers who are ripping up the sensitive and pristine dunes at Glomar Beach have been labelled “irresponsible” and “selfish” by residents.

Photos sent to the Gippsland Times reveal a maze of tyre tracks and damage to the beach and surrounding dunes caused by the all-terrain vehicles.

Property owner Katie Fraser said on a recent visit to the beach she was appalled by the reckless behaviour of dune buggy drivers, who appeared to have no concern for the sensitive environment.

“It was really disappointing to see tyre tracks up and down the beach and in the dunes, in an area that is usually so beautiful,” she said.

Ms Fraser, who bought her property at Glomar Beach earlier this year after falling in love with the pristine and “unspoilt” coast, said she wasn’t sure whether it was local landowners or holidaymakers contributing to the damage.

“I’d like to see signs that are more visible letting people know this is illegal behaviour – maybe these people think that because they have done this before and nobody patrols the beach it’s okay,” she said.

“It might be isolated, but it’s not okay – it’s irresponsible and selfish and very bad for the environment.”

Because of concerns about beach erosion, driving dune buggies in coastal areas in Victoria is illegal, except in Portland in the state’s south west, where the Portland Dune Buggy Club has access to a limited area in the Discovery Bay Coastal Park.

Sand dunes are important for coastal protection, and any damage to dune vegetation – which helps to stabilise the dunes – can exacerbate erosion.

“Vehicles damage vegetation and dune structures, which can lead to massive blowouts and erosion,” she said.

“It’s a senseless act of vandalism to drive over these coastal areas.

“It is illegal to drive off road, and there are penalties for doing so,” she said.

“Though rangers regularly patrol Gippsland’s protected areas, everyone in the community can play a role in looking after our environment.

“We encourage members of the public to continue to report people doing the wrong thing.”

Anyone who observes people causing damage in protected areas should phone Parks Victoria on 131 963.

All information will be treated confidentially.