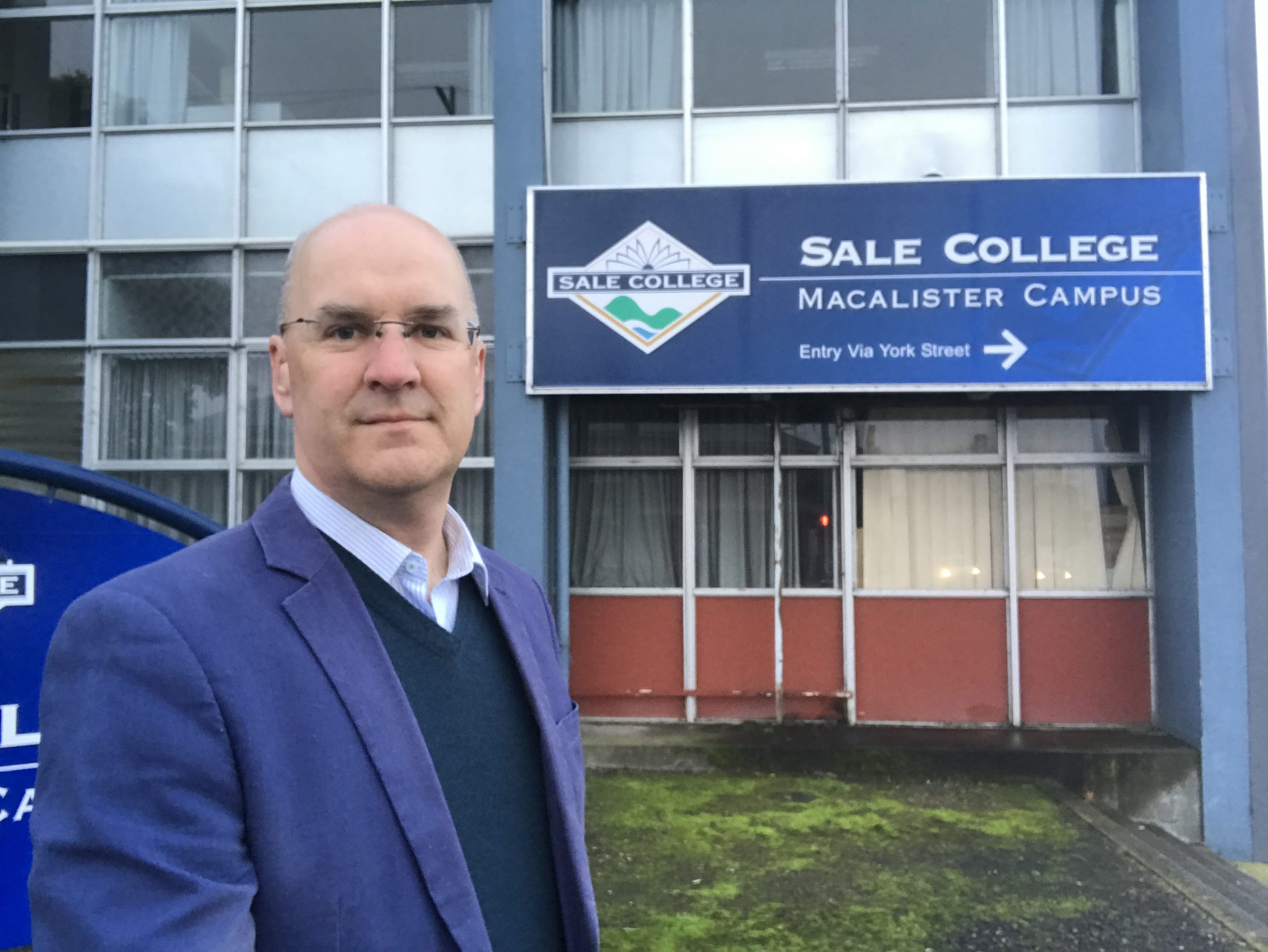 GIPPSLAND South MLA Danny O’Brien says it’s time for Education Minister James Merlino to see first-hand the need for redevelopment of Sale College after the project was overlooked in the state budget.

Speaking in parliament, Mr O’Brien formally invited Mr Merlino to visit Sale in person to meet with school and community leaders and discuss the advantages of the move, which has the strong backing of the wider Sale community.

“I began a campaign more than two years ago talking to the local community about support for a single campus and college redevelopment,” Mr O’Brien said.

“The school community sees multiple problems with having two campuses, and relocating from the Macalister campus would free up an important site in the centre of Sale’s CBD.

“We have not only the Sale College council and school community behind this project, we also have strong public support from Wellington Shire Council and the Committee for Wellington.

“Indeed, the Committee for Wellington has established a sub-committee to push for the redevelopment.

“The minister is well-aware of the support from the community as I have written to him a number of times in recent years on this issue and am aware that the Wellington Shire Council has done the same.

“Most recently, I asked the minister to provide masterplan funding for Sale College in the state budget.

“I was very disappointed to see this much-needed project had missed out on securing any funding.”

Mr O’Brien said the Sale College community had been active in seeking government and community support for consolidation onto one campus and that securing funding for a masterplan was crucial to begin that process.

“This is not a project that will be done overnight,” Mr O’Brien said.

“But the design and development funding should have been included in [the] budget so that work on planning the school could begin and decisions made such as whether it should be co-located on an existing site, such as the Guthridge campus, or onto a new greenfield site somewhere else.”

Mr O’Brien said he was not asking at this stage for many millions of dollars for construction.

“We just need to get a plan in place and agreement on the location of a redeveloped school,” he said.

“We need the minister to come to Sale and see the needs of our students first hand.”