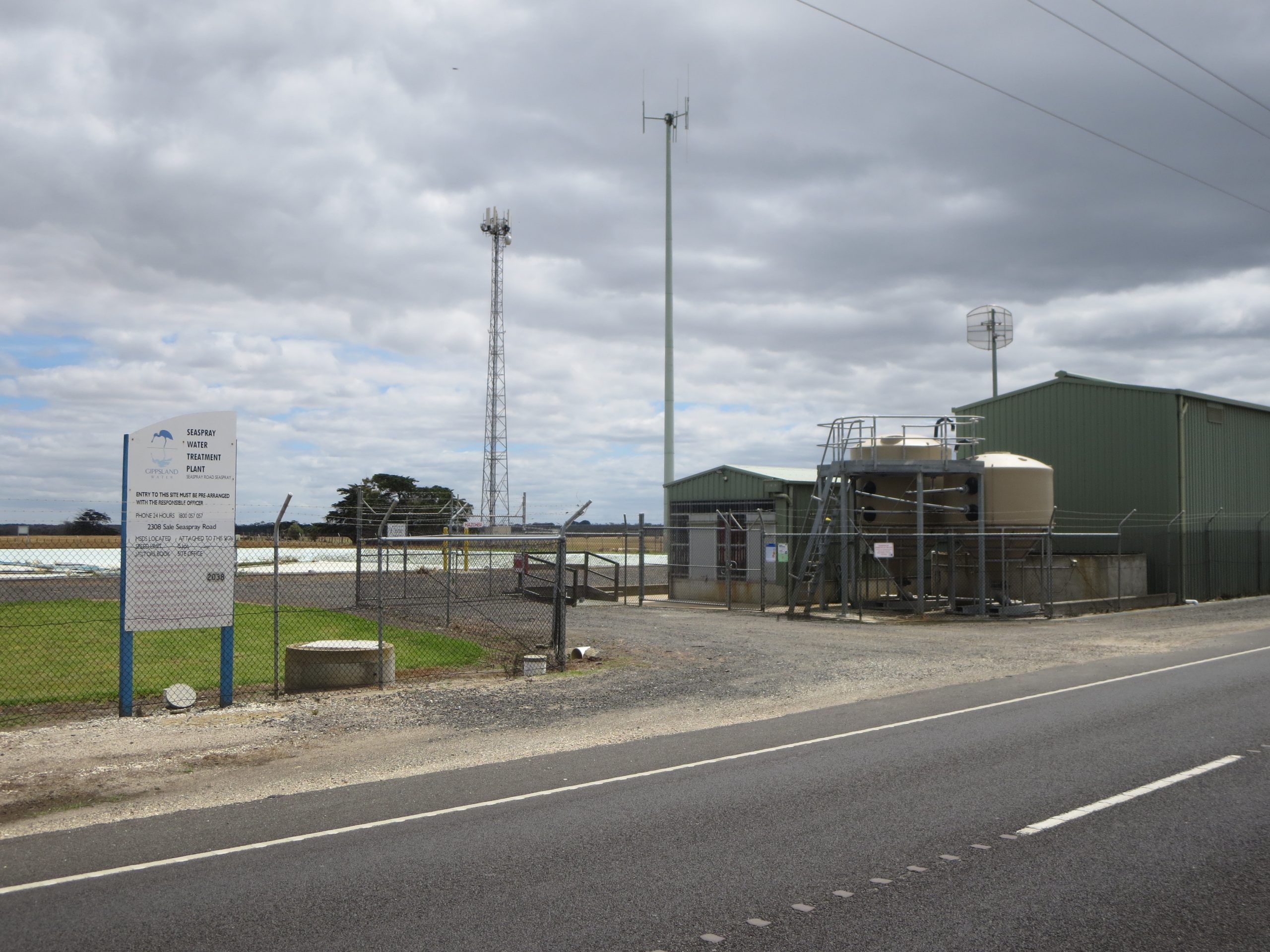 A LEADING environmental organisation is calling for an urgent investigation into water contamination in Wellington Shire, after elevated PFAS chemicals were identified in reticulation, waste water and raw water at Seaspray and at low levels in Briagolong and Sale.

A Freedom of Information request submitted by Friends of the Earth has revealed water testing by Gippsland Water at Seaspray has recorded a number of incidents regarding PFAS contamination since early March 2017.

FoE land use researcher Anthony Amis, who tracks PFAS contamination around the world, said the elevated readings in Seaspray were particularly concerning because testing only began three years ago, but there was no data on how long people in the community had been exposed.

The first test results from Seaspray’s Final Lagoon in March 2017 revealed six different PFAS chemicals had been detected at a combined level of 0.57ppb (parts per billion).

Subsequently, Gippsland Water undertook once-a-month testing for 28 different PFAS chemicals at the inlet to the Seaspray Water Treatment Plant. Detections were recorded in May 2017, then September 2017, October 2019 and January 2020.

According to Mr Amis, the results are “disturbing”, because they mean the PFAS detected there was most likely excreted from people living or visiting Seaspray, and unlikely to have come from an industrial source unless it had leached into the raw water.

The results from Briagolong and Sale showed the chemicals were also present, but at lower levels.

However, none of the findings have been made public until now.

In response, Gippsland Water insisted its drinking water was safe.

A spokesperson said regular testing and monitoring of drinking water was undertaken for microbiological, chemical and physical substances including PFAS.

“Our sampling program for the Seaspray drinking water supply has shown results are well below the health-based guideline values in the National Health and Medical Research Council’s Australian Drinking Water Guidelines,” he said.

“We’re continuing to monitor and test our water supplies routinely to ensure our water is safe to drink and these results will be made publicly available on our website.”

Mr Amis said it was difficult to determine how dangerous the pollution was to human health, because out of the thousands of PFAS chemicals in the environment, there were only national health guidelines for three.

But he said elevated levels of any PFAS chemical was concerning and needed to be investigated.

The levels recorded of the chemicals PFBA and PFPeA in April 2020 in the Seaspray reticulated supply totalled 0.084ug/L.

Australian Drinking Water Guidelines for combined PFOS and PFHxS are set at 0.07ug/L, and 0.56ug/L for PFOA.

Mr Amis said the results showed that the positive levels of PFAS in reticulated water supplied to Seaspray appeared to be fluctuating, with April’s reading the highest at 0.084ppb.

Friends of the Earth wants the source of the PFAS to be thoroughly investigated by the EPA and Gippsland Water.

Mr Amis said there was a range of possible sources for the chemical contaminants, including Exxonmobil’s Longford gas plant 14 kilometres away, where PFAS chemicals have been detected in earlier testing, gas wells drilled near the off-take to Seaspray water supply about six years ago, and PFAS used in gas wells as fire suppressant, hydraulic fluid or surfactant.

The closest well was located 500 metres upstream of the Merrimans Creek offtake, which Mr Amis fears could also mean that groundwater could be polluted.

“If I was a farmer using bore water or recycled water from around Seaspray I’d be demanding testing of the water, food and soil, because it bioaccumulates and can also be absorbed by plants,” he said.

Gippsland-based Victorian representative of the national Coalition Against PFAS, Tracey Anton, said authorities had a duty of care to inform residents if the water was affected by PFAS chemicals.

“Gippsland Water has not been transparent about letting residents know their water contains significant amounts of PFAS, and whether under or over guidelines this is a concern because of the way it becomes concentrated in the body,” she said.

A spokesperson for the EPA said it was not aware of the issue.

PFAS (Per- and polyfluoroalkyl substances) are a group of man-made chemicals used in a variety of industries around the globe.

They are widespread in the environment and commonly found in non-stick cookware, water resistant clothing, cleaning products and some personal care products.

These chemicals do not easily break down in the environment or the body and can accumulate over time.

There is evidence exposure to PFAS can lead to adverse human health effects.