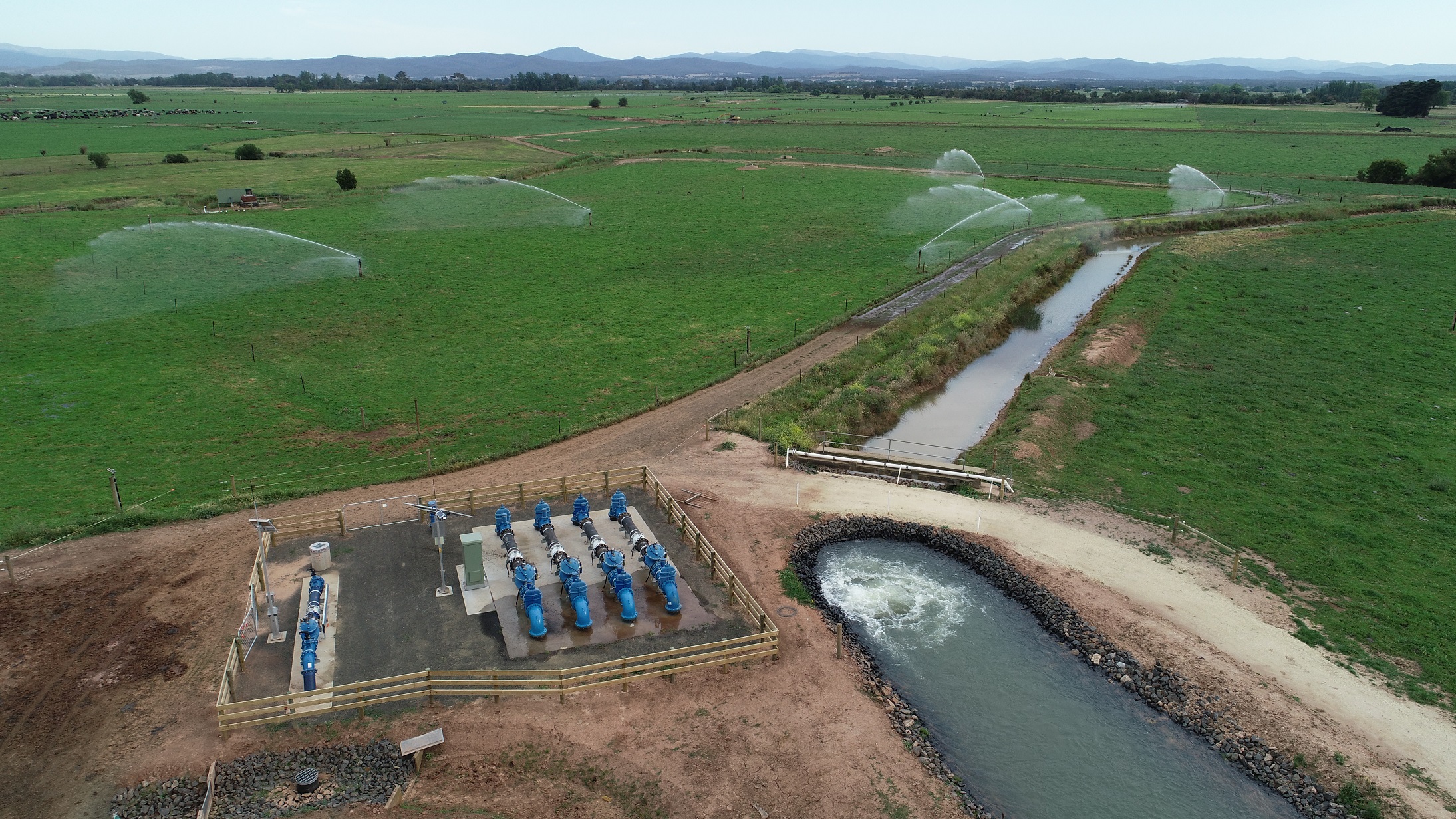 WORK has begun on the second phase of the Macalister Irrigation District modernisation project following the signing of a construction milestone funding agreement.

“We want to increase water security across Australia and funding projects such as the modernisation of the Macalister Irrigation District is getting that job done,” Mr McCormack said.

“We have committed to build the next generation of water infrastructure to create jobs and contributing to regional economic recovery.”

The completion of phase one will result in a saving of up to 22 gigalitres of water. Phase two will increase water availability and security through the generation of around 10,300 megalitres of water savings and will improve water delivery efficiency to support increased agricultural output.

Phase two is centred on some of the oldest and least efficient zones in the MID. This phase is forecast to save more than 12 gigalitres of water and increase water availability and security.

Some work has already begun as part of phase two, including installation of four new gates and the desilting of almost 10 kilometres of channels on the Stratford supply.

The previous $60 million phase 1B project was also jointly funded, with the federal and state governments and SRW each providing $20 million.

State Water Minister Lisa Neville said the state government was proud to have invested more than $46 million in the MID modernisation through Southern Rural Water.

“Locals are already seeing the benefits,” she said. “The project delivers water savings and increased efficiency for irrigators, while supporting the health of the environment including the Gippsland Lakes.”

“This project is supporting hundreds of local jobs, protecting the environment and building on a world-class agricultural region to make it sustainable for the next 50 years,” he said.

“It complements the other water projects being constructed in Gippsland, such as the $10 million Lindenow Valley Water Security Scheme.”

“These upgrades create work in construction and secure the prosperity of the region for future generations,” she said.

“We join the federal and Victorian governments in celebrating the transformation of the MID through this once-in-a-generation investment program that delivers water security and underpins a thriving regional economy,” Ms James said.

“We are proud to help deliver the benefits that flow beyond our customers’ businesses, to the markets they supply, the communities they live in, the jobs created during and after construction, and to the environment.”

2015, which has included channel upgrades, new pipeline, automated outlets, a balancing storage and reconfiguration of much of the 100-year-old system.

Mr FitzGerald said that the commitment to the MID2030 modernisation program from both state and federal governments, recognises the $500 million in value that the dairy, beef and horticulture businesses in the MID bring to the Victorian economy annually, and unlocks the value for rural businesses to expand.

The phase 1B project has replaced ageing channels with 38 kilometres of pipeline throughout the Tinamba and Mewburn Park area and has upgraded a further 28km of channels in the Riverslea area.

“Modernised supply through the phase 1A and 1B projects since 2015 has enabled MID farmers to invest in new on-farm infrastructure, update irrigation practices and improve productivity,” Mr FitzGerald said.

Farmers have reported the benefits of more reliable delivery, faster flow rates and reduced waste, which has allowed them to expand their businesses.”