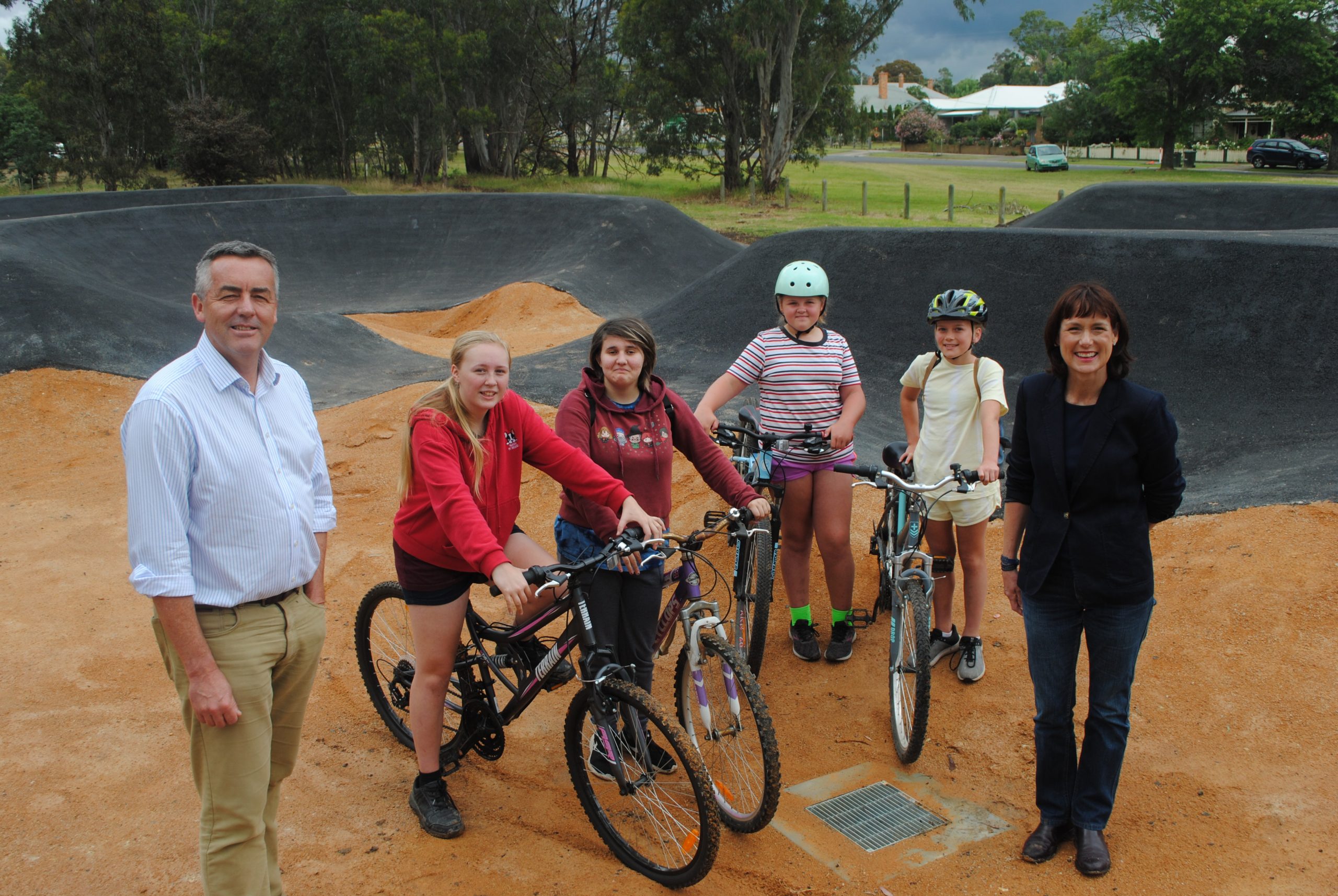 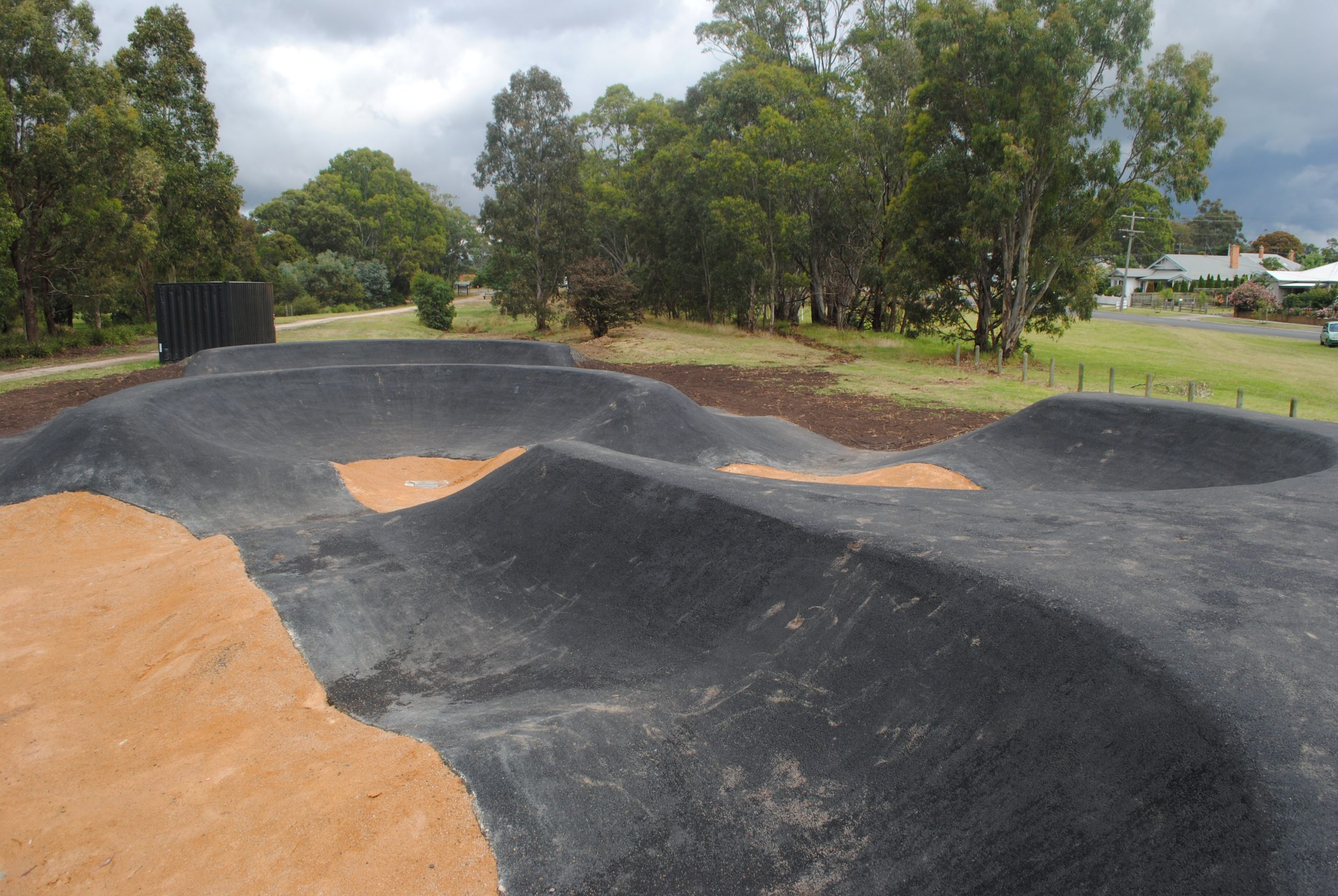 BIKE riders, scooter enthusiasts and skateboarders have converged on Heyfield following the opening of the town’s new pump track.

The pump track forms part of the Heyfield Youth Play Precinct in Apex Park, and has been funded by the federal government’s Drought Communities Program.

There is something for everyone in the precinct, with the new and improved skate park directly opposite the pump track, as well as the Gippsland Plains Rail Trail for those looking for a longer journey.

The pump track features a number of angulating slopes, and riders are able to gather up a great deal of speed throughout the course.

A pump track is a fairly modern innovation, designed to be taken to by everyday riders who generate movement by ‘pumping’ momentum up and down with body movements, rather than pedaling or pushing.

The Heyfield Youth Play Precinct eventuated after Heyfield residents approached Wellington Shire Council and requested an expansion of the skate park to cater for a wider range of skating skill levels, and also a pump track to provide more entertainment options.

The community, including local students and children who would actually use the facility, was heavily involved in the consultation process.

Construction of the pump track began in late November, and will now be followed by landscaping.

Following the building of the Heyfield pump track, council will engage contractors to build pump tracks in Sale, Yarram and Maffra.

V/Line is also building a pump track in Stratford as part of the new rail bridge over the Avon River project.