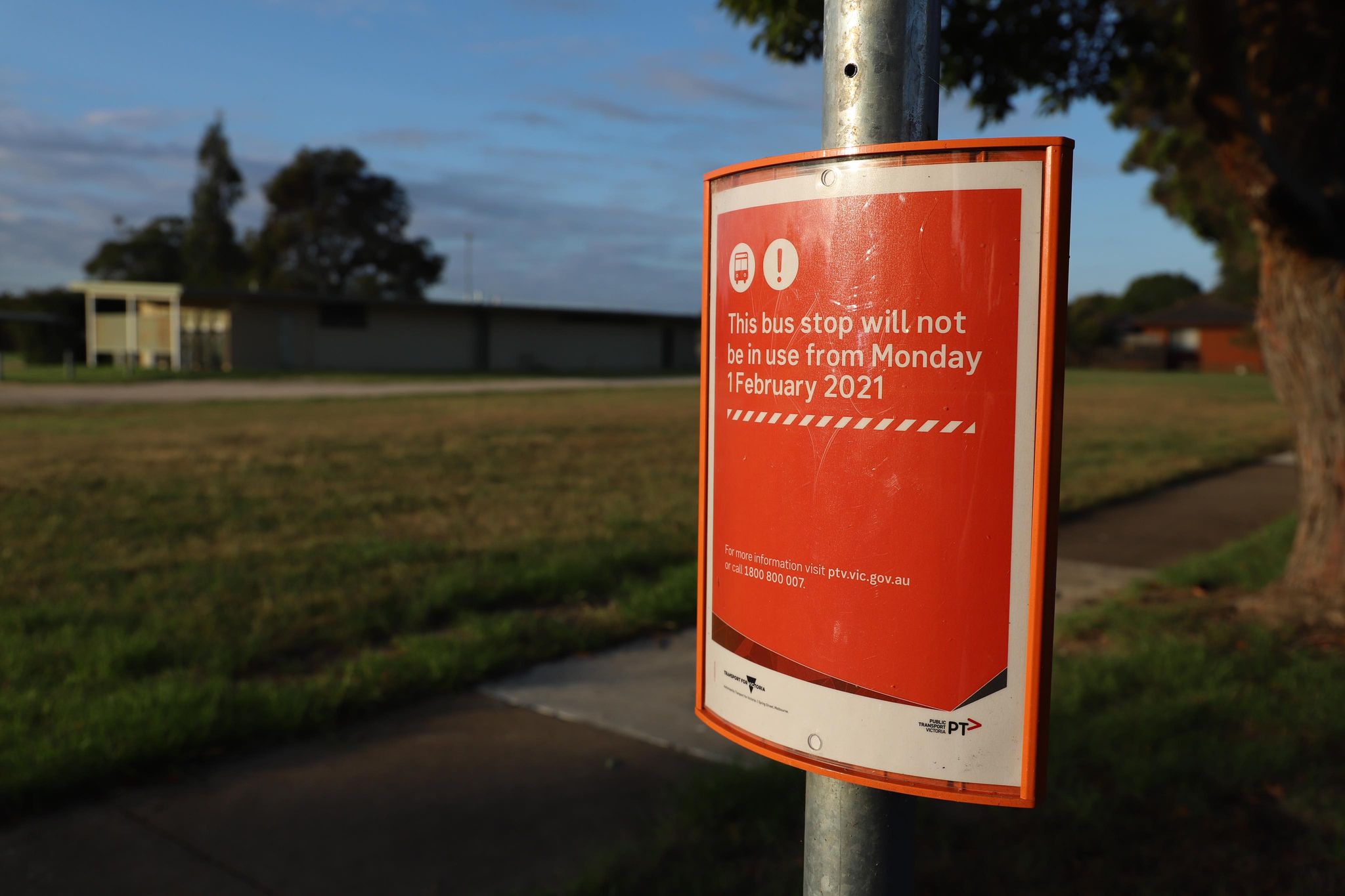 SALE’S new bus network promises residents “more trips, more often, to more parts of the town”, but some residents are questioning whether they’re being taken for a ride.

As part of route two’s redesign, four stops were removed, three of which are located on Bowman Drive, Chester St and McLachlan St, including a stop at the Lion’s Park athletics track.

For passengers in this area, the closest bus stops available are along Dryden Place and Gibsons Rd.

Sale resident Katherine Jackiw said since the changes had come into place, plenty of residents in the area who didn’t drive had been left without a means of transport to Sale’s central business district.

Ms Jackiw said she had driven her elderly neighbours to shops on multiple occasions, and noticed people waiting for buses that would never come at existing bus stop signs and old timetables which were yet to be removed.

She said Public Transport Victoria gave no notice about the loss of the well-used bus stops.

“The north route has been available for more than 25 years to a variety of residents who do not have cars,” she said.

“Many are elderly, unemployed or on low incomes, and rely on these buses.

“PTV clearly has not considered the great inconvenience and disadvantage residents in this area now face.”

Ms Jackiw suggested a solution was available – immediately after the McLachlan St bus stop, the bus could turn right into Jackson Avenue and return to Gibsons Rd before continuing on its new route along Cobains Rd.

Ms Jackiw has been in touch with the office of Gippsland South MLA Danny O’Brien, which put in a complaint to PTV on her behalf.

“While it’s great that after much campaigning we have additional bus services in Sale, the government needs to get the implementation right and communicate clearly with bus users,” Mr O’Brien said.

“It’s very disappointing that PTV has not made it clear where bus stops have been taken out of use, leading to some people waiting at stops for a bus that never comes.

“Clearly it should act quickly to remove redundant bus stops and signage the clear up confusion among the public.

“I’ve raised this matter directly with PTV and expect them to act quickly to get this right.”

A Department of Transport spokesperson confirmed four bus stops that were set to be decommissioned were not removed when the new network went live on February 1.

Last Thursday, the department engaged a contractor to install notices at each decommissioned bus stop, with plans to remove the stops all together in two weeks.

“The Department of Transport would like to apologise to our patrons for this oversight and any confusion it has caused,” the spokesperson said.

The department said it would continue to monitor the new network and welcomed feedback from the community.

There has also been an increase in operating hours, with some routes running from 6am to 7pm on weekdays and new Saturday services running from 7.30am to 6pm.

Details about the new bus routes can be found via www.ptv.vic.gov.au or on the PTV app.