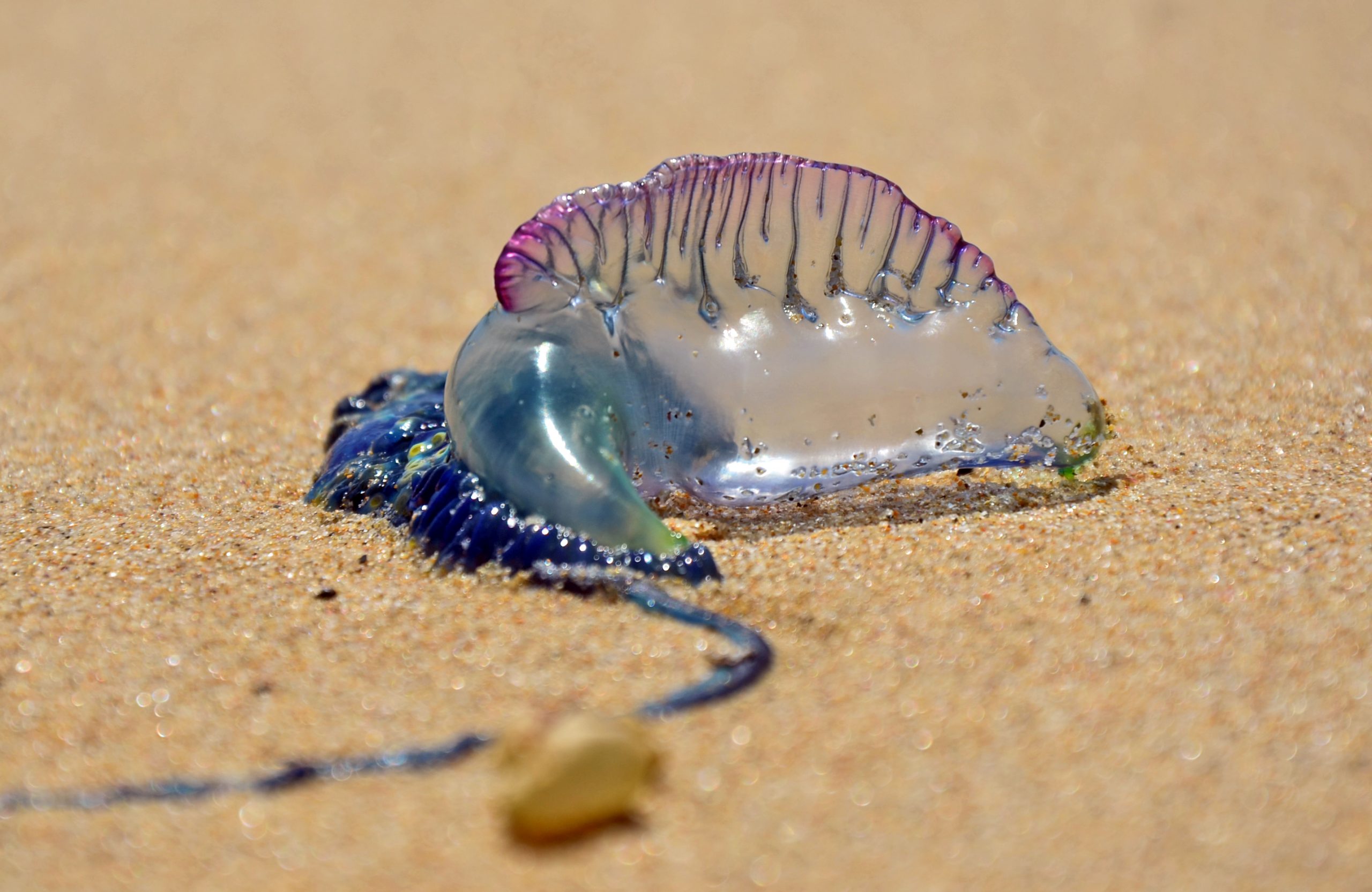 REPORTS of bluebottles washing up along the 90 Mile Beach have prompted warnings for people to know how to treat stings.

The bluebottle is actually a colony of four kinds of ‘zooids’ – the float, the tentacles, digestive and reproduction polyps – which are dependent on one another for survival.

Fairly common along Australia’s eastern coast during summer months, the fleets of blue-coloured floating blobs often wash up on beaches after north-eastern winds and warmer currents cause mass strandings along the coast.

Bluebottle stings rarely cause serious medical problems, but they can cause intense skin pain which can last from minutes to many hours.

“Although bluebottles are small, their stings can be very painful and cause a white welt on the skin with a prominent beading effect,” he said.

“This is just one of the reasons we recommend swimming between the red and yellow flags where lifesavers are monitoring the conditions, can alert you to any dangers including bluebottles, and can assist with first aid.

“If stung, you should leave the water immediately, and if possible, seek assistance from lifesavers who are trained to provide first aid for marine bites and stings, and can alert other beach-goers.

“If you are at an un-patrolled location, you should wash off any remaining tentacles and immerse the sting in warm-to-hot water.

“If the pain continues, ice packs may also be effective, and if it persists, you should seek medical advice.

“Even when dead, their stings can be sharp, so it’s best to steer clear and alert local life savers.”

The Royal Australian College of General Practitioners added stings could also cause nausea, vomiting, general feeling of malaise and a subsequent dull ache in joints.

Rarely, people may experience breathing difficulties, and if they do, an ambulance should be called immediately.

The RACGP does not recommend applying alcohol, vinegar or rubbing the area, as this may cause discharging of the bluebottle nematocysts and worsen pain.