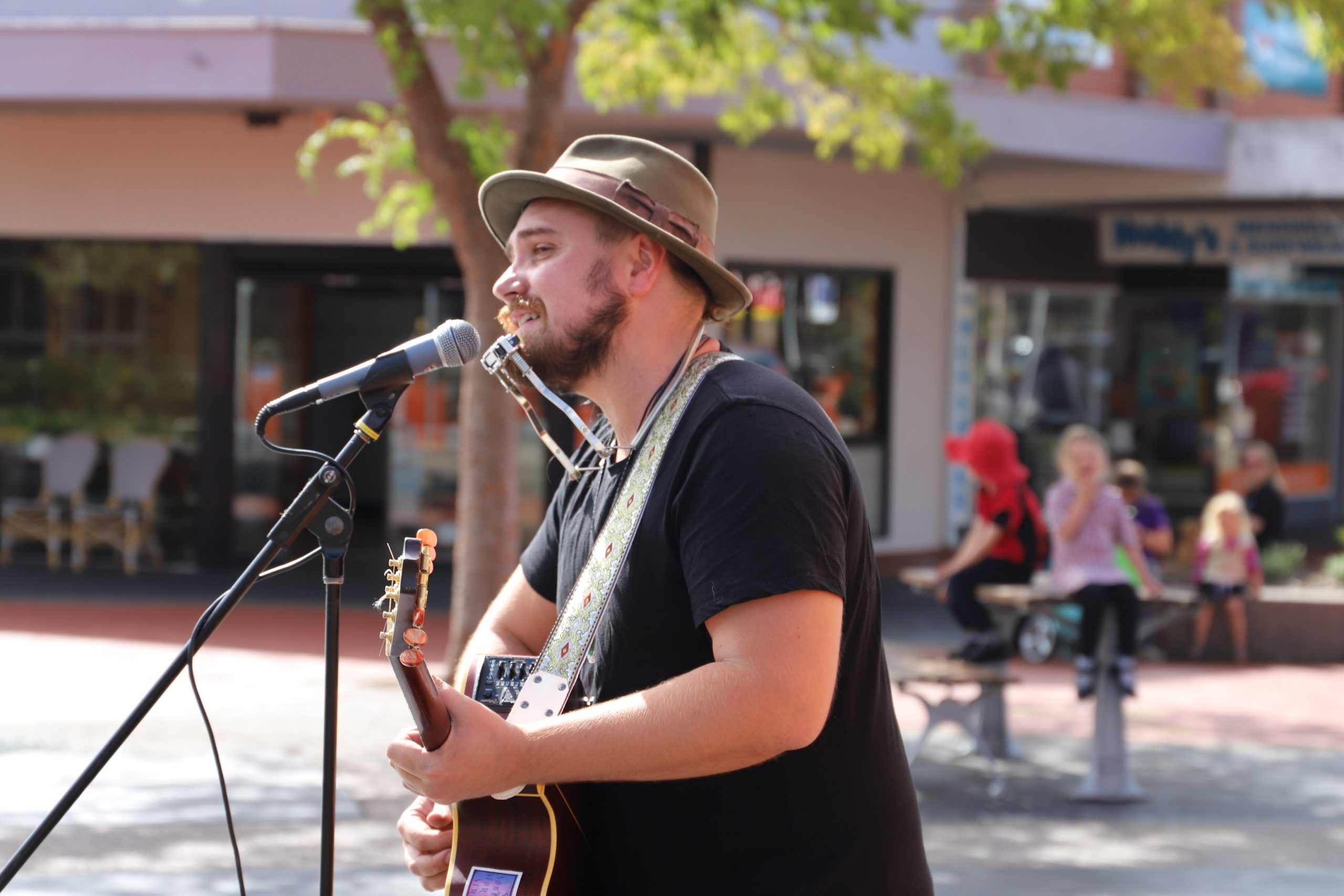 THOSE out and about in Sale at the weekend would have felt upbeat down the street, courtesy of some buoying live music.

A host of local buskers and bands lining Raymond St on Saturday had café-goers tapping their toes and shoppers bopping along, as people listened to live music – seemingly a rarity in a COVID -19 world.

The ‘Saturday Street Session’, hosted by Sale Business and Tourism Association, was meant to dovetail into the Sale Music Festival, which is usually held on the Sunday of the Labour Day long weekend, but was postponed this year because of the large number of state government requirements and regulations regarding community events and COVID -19.

Cowwarr-born singer-songwriter and ARIA -nominated Harry Hook opened the mini-music festival on Friday afternoon, with his new song that celebrates the best of the Wellington Shire.

Titled The Middle of Everywhere, Mr Hook’s tune reminisces on what he loves most about the region he calls home.

The song release coincided with the launch of Wellington Shire Council’s The Middle of Everywhere campaign, which aims to instil local pride and attract new residents, business, investment and visits to Wellington Shire.

The mini-festival was also a taster of what’s to come on Raymond St this autumn, with an open mic session planned at the clock tower for musicians from Wellington Shire every Saturday from March 20.