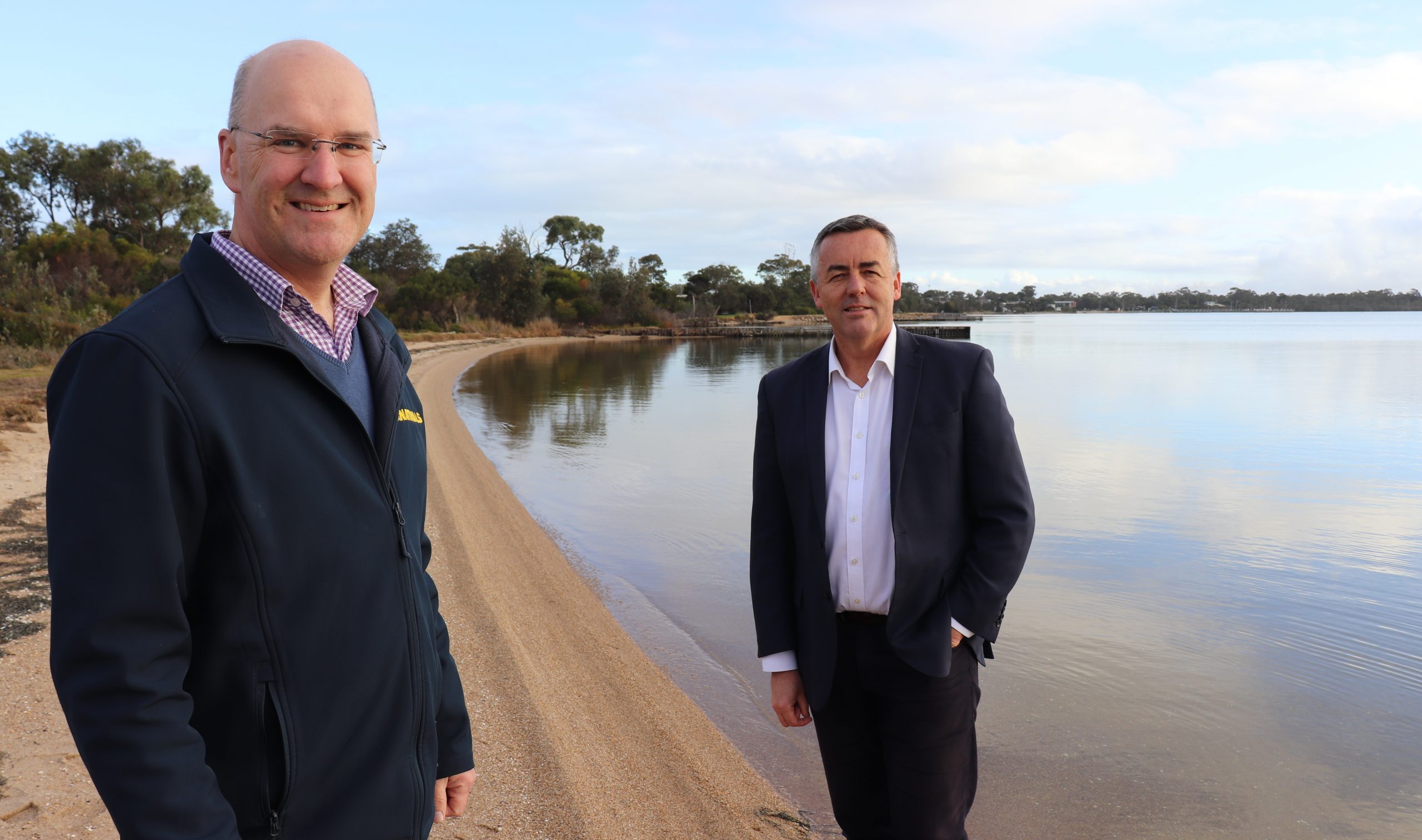 EXPRESSIONS of support have flooded in for workers at the Yallourn Power Station, following EnergyAustralia’s surprise announcement that the facility would close four years earlier than expected.

About 500 workers at the plant and the connected coal mine were told of the decision on Wednesday morning.

The power station is considered to be one of Australia’s dirtiest power stations, and has long been in the sights of environmental and climate change advocates who have called for its closure.

And while there have been whispers that EnergyAustralia might retire the power station earlier than 2032, the news has still hit hard.

Gippsland MHR Darren Chester said the announcement would be “a blow to workers, their families, local suppliers and the broader Gippsland region”.

Soon after Wednesday’s statement from EnergyAustralia, Mr Chester released a statement thanking all Latrobe Valley power station workers for “providing reliable and affordable energy to our state for decades”.

“As a local member of parliament, I will be working from now until the closure date in 2028 to ensure workers receive their full entitlements and our community manages the social and economic impacts better than the aftermath of the Hazelwood Power Station shutdown,” he said.

“On a positive note, we have seven years notice to undertake the necessary planning and re-skilling of the workforce to ensure a successful transition in our region.

“But that doesn’t change the fact that Yallourn’s current generation capacity of up to 1480 megawatts will need to be replaced, and the Victorian government has failed to plan for our state’s future energy needs.”

EnergyAustralia managing director Catherine Tanna said the company had a plan which was supported by the state government and included a $10 million workforce support package.

Ms Tanna said EnergyAustralia was determined to demonstrate that coal-fired power could exit the market in a way that supported people and ensured customers continued to receive reliable energy.

But Mr Chester said he was concerned there were no proper plans in place to replace the reduced capacity in Victoria.

“I have already held discussions with my Cabinet colleagues in Canberra, and I understand the federal government will model the impact of the planned closure to help ensure the supply of affordable and reliable power for consumers,” he said.

“As an essential service, the federal government expects the market to set up to deliver enough dispatchable generation to keep the lights on and prices low once Yallourn closes.

“Again this is a sad day for the Latrobe Valley community, but we have overcome many challenges throughout our region’s history and I’m confident we have the time to support workers and families who will be displaced by this decision.”

Star of the South, Australia’s proposed first offshore wind farm, has also offered a potential hand up to workers, saying it would seek discussions with EnergyAustralia, the Latrobe Valley Authority and other relevant authorities on how to “work together to support workers who may be able to retrain for a future career in offshore wind”.

While the company is still exploring the feasibility of offshore wind in Victoria, a spokesperson said it was “hopeful and optimistic about harnessing Gippsland’s strong Bass Strait winds to power homes and create long-term jobs in the region”.

“We will continue to work with local industry, unions and all levels of government on the opportunity to make Gippsland the home of offshore wind in Australia – paving the way for new investment and growth,” they said.

The wind farm could potentially could provide about 8000 direct and indirect jobs in Victoria during its 30-year life.

Star of the South management also acknowledged the role Yallourn and its workers played in powering the state for many decades.

“We owe them a debt of thanks and an obligation to look for new opportunities that can continue Gippsland’s proud history of power generation,” the spokesperson said.

Latrobe City Council said it would continue to stand by the community after the news the power station would close in 2028.

Mayor Sharon Gibson said the community was aware the ageing power station was due to close in 2032, but that the announcement came as a surprise to council and the public.

“Council is aware that any loss of jobs has a substantial impact on our communities and our families, and their physical and mental health, and empathises with people feeling stress at this time,” Cr Gibson said.

The early closure is expected to be a significant financial blow to the council, with the closure of Hazelwood already resulting in $2 million being taken from council’s budget.

“We need to keep the families who call Latrobe City and Gippsland home, as these people are not only workers at Yallourn, but their families are employees in other sectors and treasured community volunteers,” Cr Gibson said.

State Climate Change and Energy Minister Lily D’Ambrosio said the government would put workers at the heart of its response to the announcement, including creating a Yallourn workers transition and support service within the existing Latrobe Valley Authority.