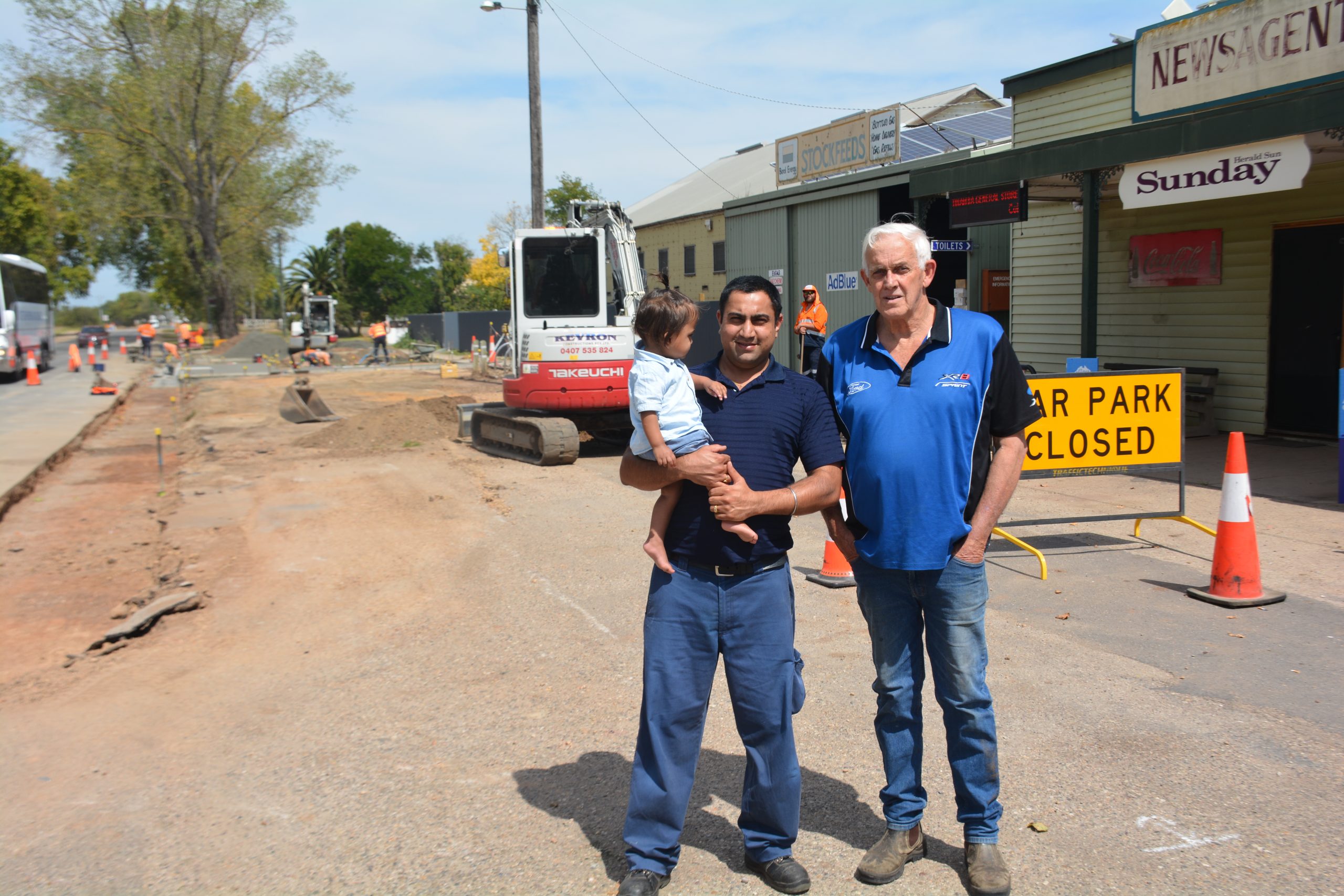 IMPROVEMENTS to Traralgon-Maffra Rd, Tinamba, are set to make the town a more attractive place for visitors to stop, as well as making life easier for locals shopping at the general store.

Following years of lobbying by residents, work has begun to upgrade the road to the south of the roundabout, including car parking outside the Tinamba General Store and new bus stops either side of the road.

The works cost $140,000, with $120,000 from Regional Roads Victoria and the remainder from Wellington Shire Council.

“(The road) didn’t have a gutter … the bus shelter was a big mud hole,” he said.

The lack of kerbing affected the Tinamba General Store, with proprietor Rupi Multani saying the amount of water sometimes in front of the store deterred people from entering, “especially the ladies – they don’t want to spoil their boots”, he said.

Mr Multani hoped the works would entice more people to stop in Tinamba on their journey through the district, instead of going straight to Maffra.

Calls for the upgrades came after residents successfully lobbied for reduced speed limits through the town.