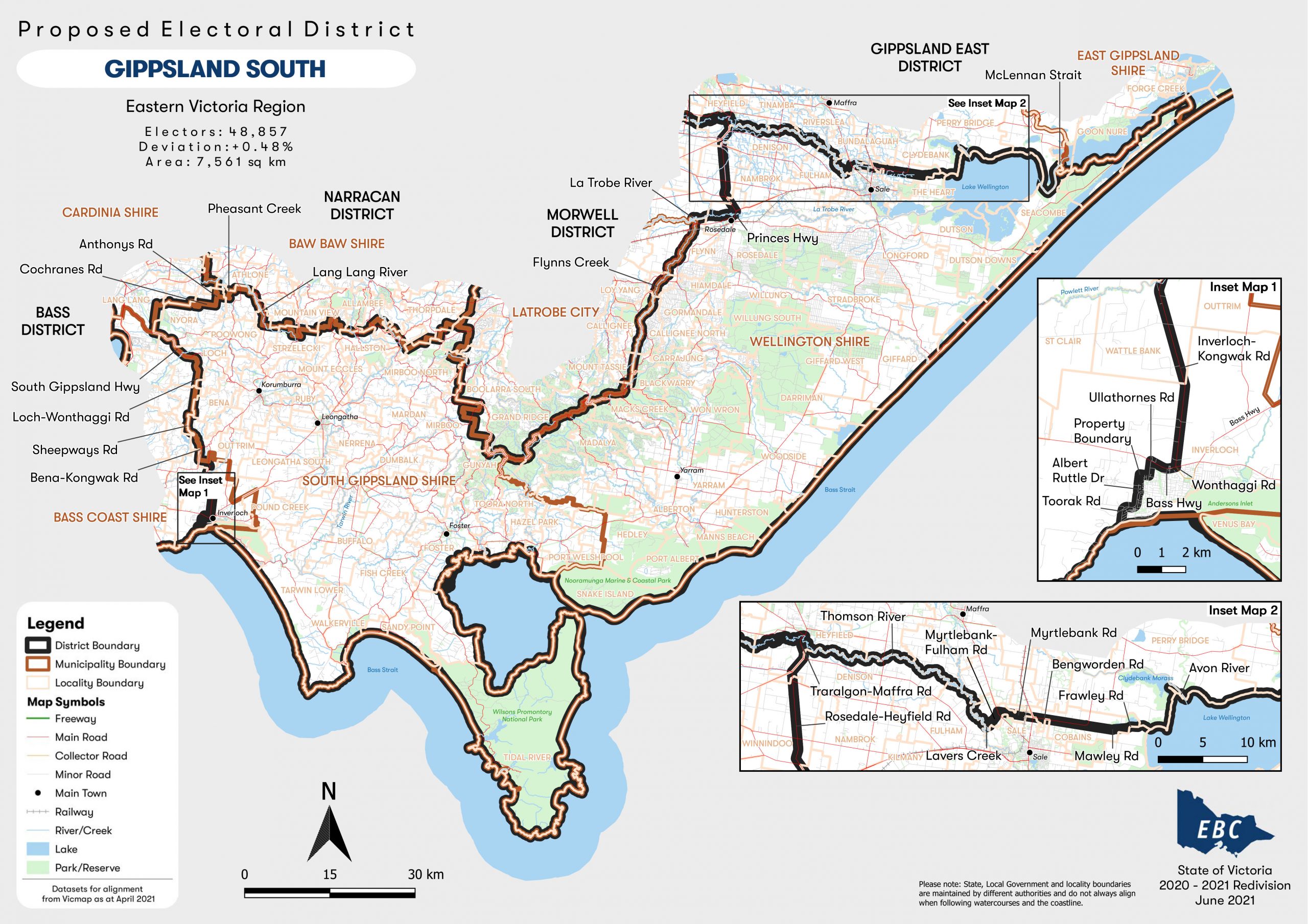 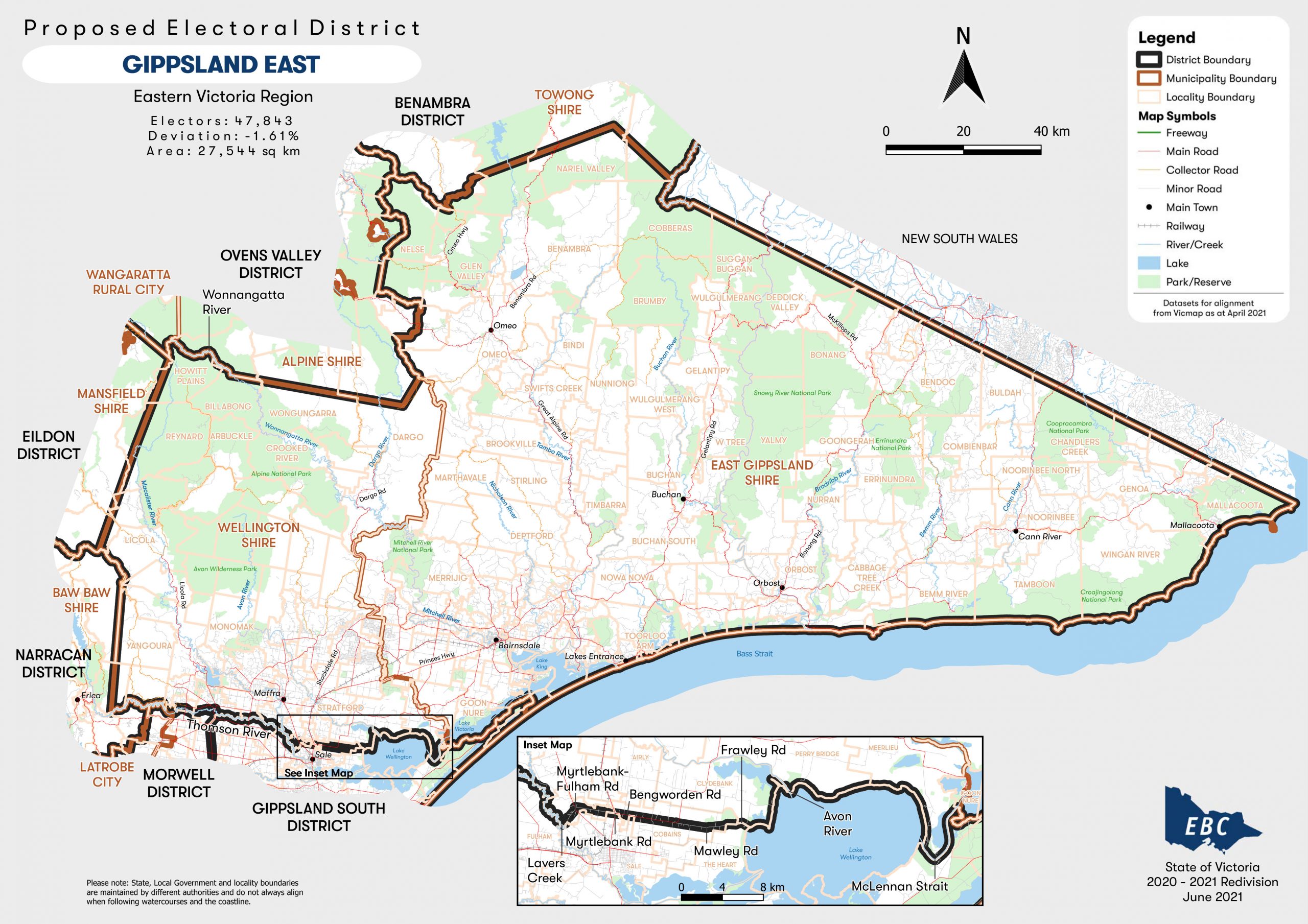 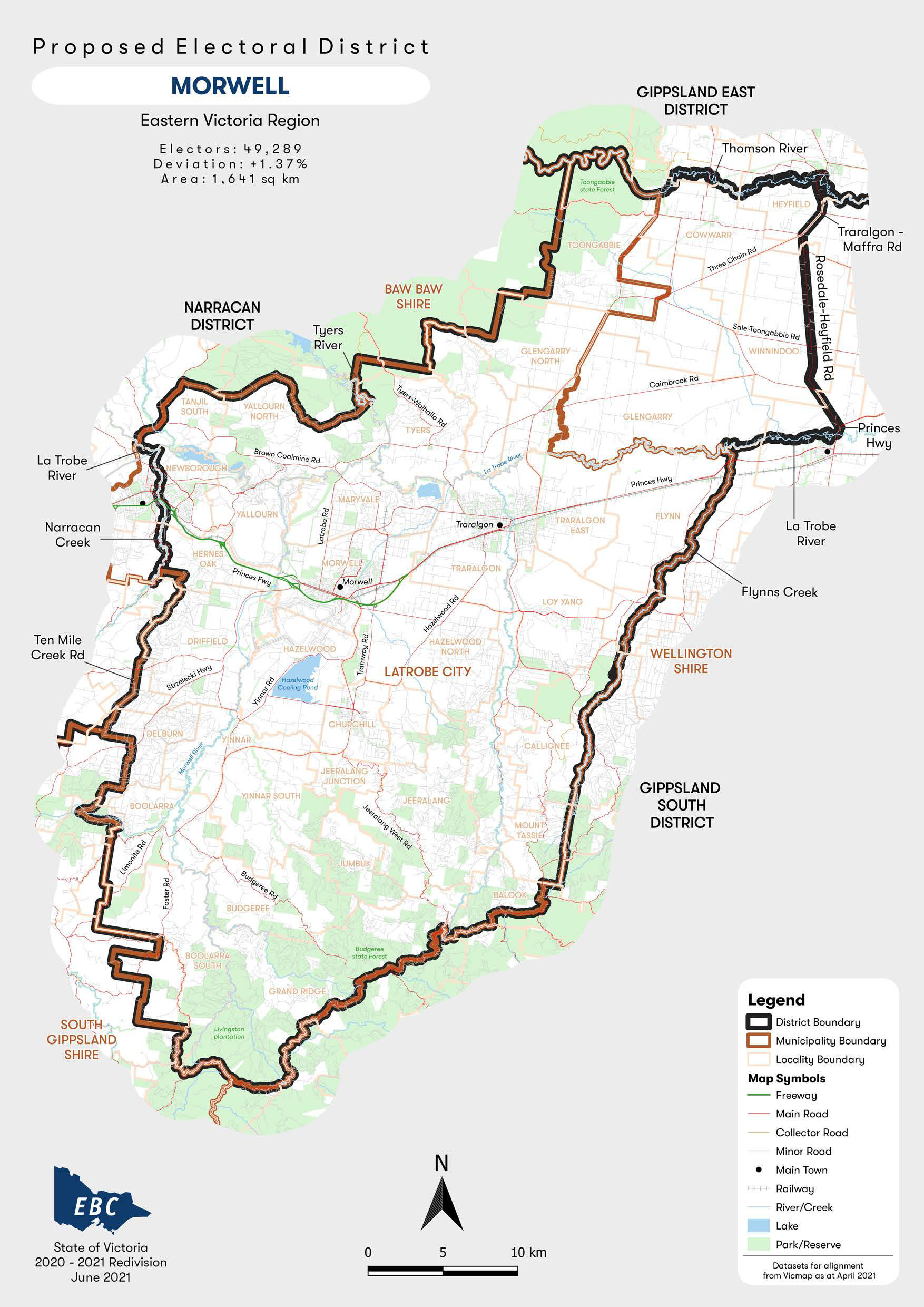 INVERLOCH looks set to be added to the state electoral district of Gippsland South.
The Electoral Boundaries Commission last week released its proposals for Victoria’s 88 lower house districts.
A review of state electoral boundaries is required after two state elections, with the commission aiming to keep the number of electors in each district within 10 per cent of the state-wide average.
At 9.38 per cent below the quota as of November last year, Gippsland South needed to gain electors to ensure it remained within the tolerance for next year’s election.
“The EBC determines the most straight-forward solution is the expansion of Gippsland South to include the town of Inverloch (from the Bass district),” the Electoral Boundaries Commission stated in its report.
“This received substantial support in public submissions, albeit with some reservations.”
There were concerns about breaking the links between Inverloch and Wonthaggi, but it was acknowledged Bass, at almost 41 per cent above the average, needed to shed electors.
“Moreover, while linked to Wonthaggi, Inverloch is a major holiday destination, with connections to other coastal communities to the east and inland to Leongatha.
“Inverloch has little in common with the outer-suburban communities in the north of Bass and, potentially, a greater affinity with the coastal and inland communities of Gippsland South,” the commission reported.
Under the Electoral Boundaries Commission’s proposal, nearly 5000 electors in Bass would be transferred to Gippsland South, bringing the latter to less than one per cent above quota.
The change increases the size of Gippsland South, which would stretch from Inverloch in the west to Sale in the east.
The quickest drive between the two towns is almost two hours, going through the Morwell electoral district.
The change is unlikely to alter Gippsland South’s status as a safe National Party seat.
Danny O’Brien holds the seat with a two-candidate preferred margin of 15.33 per cent.
Only three candidates contested Gippsland South at the last election, with Mr O’Brien receiving 61.91 per cent of the primary vote.
Bass is held by Labor’s Jordan Crugnale with a margin of 2.39 per cent.
Labor had a slight edge in the two-party voting in the Inverloch booth.
The Electoral Boundaries Commission proposed Bass loses the residential growth areas of Pakenham and Clyde to another district, and focus around Western Port.
There were no changes proposed for Gippsland East, which takes in Maffra and Heyfield.
“Currently at 1.61 per cent below the quota, the Gippsland East district has remained stable since the previous redivision and is expected to remain comfortably within quota over the medium-to-long term,” the commission reported.
Tim Bull retained Gippsland East for the Nationals after received 56.73 per cent of the primary vote, with a two-candidate preferred margin of 17.59 per cent, in 2018.
There was also no change put forward for the Morwell electorate, which is expected to remain within the quota for the long term.
With the exception of Moe, which is in Narracan, most of Latrobe City is in the Morwell district, with the addition of a small section of Wellington Shire, including Cowwarr.
There were suggestions that Moe should unite with the rest of Latrobe City, including from city’s council, but this would require major changes in other parts of the electorate.
Morwell is held by independent Russell Northe, a former National, with a margin of 1.8 per cent.
The release of the proposed electoral boundaries follow the receiving of submissions earlier this year and public hearings in March.
A second stage of public submissions will be open until July 30, before further hearings are held next month.
The final boundaries are scheduled to be announced October 28, to be in place for the next state election 12 months later.