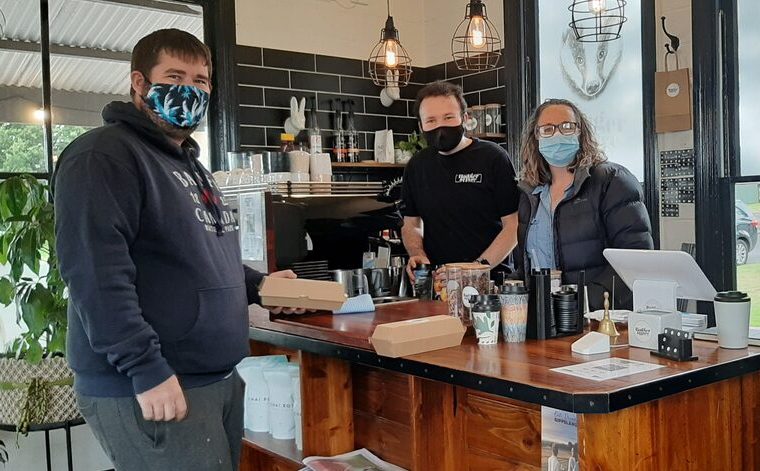 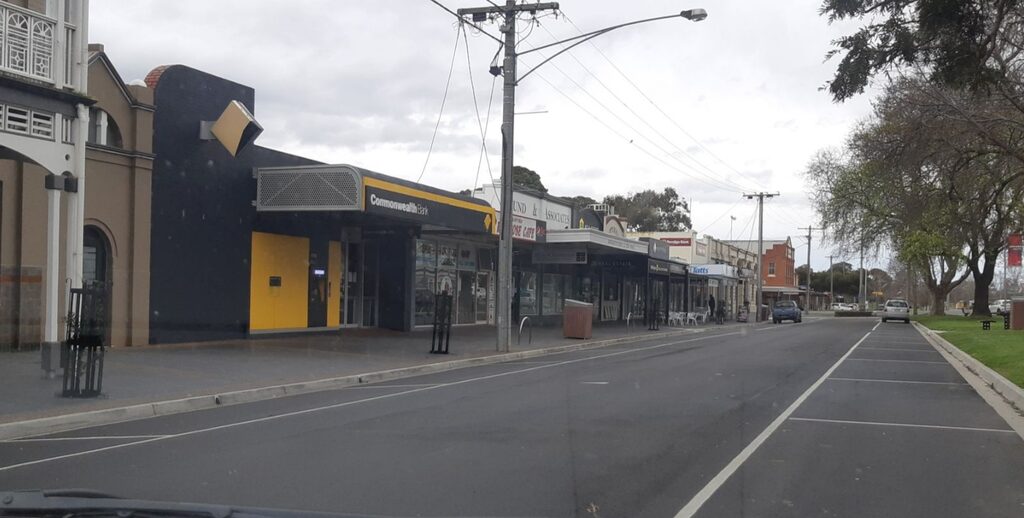 THURSDAY’S announcement of a snap lockdown across the state has cost local eateries tens of thousands of dollars in food wastage, and has resulted in the cancellation of functions and loss of staff working hours.
There was little light at the end of the tunnel with the announcement yesterday that the initial five-day lockdown would be extended as COVID-19 cases and exposure sites continued to rise.
As of deadline yesterday, Premier Daniel Andrews had not confirmed how long Victoria’s lockdown would be extended.
Industry sources estimate the February five-day lockdown cost Victorian businesses $100 million in lost revenue and $30 million in food wastage.
Now restaurants and cafés are again faced with the difficult task of laying off staff and either throwing out or giving away food.
On Thursday, function venue Sale Greyhound Club was forced to cancel several bookings, including a football function for 140, a private function for 70 on Saturday, and the Dixie Dazzlers monthly jazz afternoon on Sunday.
Operations manager Rob Popplestone said one 21st birthday celebration had to be cancelled for the second time this year because of lockdown.
He said there would be unavoidable and significant food wastage because of the short notice venues were given, while dozens of casual staff were now without work for the entire lockdown, which created another level of uncertainty.
“These lockdowns really test the people who work casually,” he said.
“It keeps the pressure on and many staff are just fatigued by it — they are the ones I feel sorry for, and there will be some who will inevitably drop off because of that.
“We are not sure what business will look like for the next few days, but at the moment we hope take away service will still be good.
“We’ve actually chosen to give Monday and Tuesday a breather altogether, and we can only hope the lockdown doesn’t last any longer.”
Sale Business and Tourism Association president Julian McIvor is urging governments to “be more creative” with dealing with outbreaks instead of locking regional businesses down.
Mr McIvor said he had spoken to many businesses that were “hurting”, and were concerned about how long they could keep going if governments didn’t change their tact.
“This is costing businesses many thousands of dollars,” he said.
“We are urging politicians to get their act together and be more creative with dealing with outbreaks.
“I am not saying I have the answer, but we’re 18 months down the track and there is still no solution.
“I’m also no fan of the ring of steel, but surely there are more imaginative ways of doing this so regional businesses are not so badly affected.”
Mr McIvor said some businesses would now be at breaking point.
“Many staff have used up all their annual leave and other entitlements, and businesses are struggling to find money to pay bills and wages with no or little income,” he said.
Like many other eateries, Portside Food and Wine has been open for take away since lockdown was announced, but concedes that it will be hit hard by lost income and costly food wastage.
Manager Brendon Rathnow said the restaurant had no choice but to discount or give away some of its takeaway food on Friday in the wake of the announcement to get rid of anything perishable.
“This one totally took us by surprise,” he said.
Mr Rathnow said while Friday had been well-supported by locals, he was worried about what the remainder of the lockdown would look like.
“At this stage we are keeping the kitchen open from 7.30am to 2pm, and then staying open til about 4pm, but even then we are probably running at around a 30 per cent loss,” he said.
“We’ve had to put off a lot of staff, and for any venue that is one of the hardest things to have to do because this industry has a lot of casuals and there is no JobKeeper for them anymore.”
Mobile food vans were also affectedas several major events were cancelled around
the municipality.
Staff from new food truck business The Gourmet Fuel were devastated when the business was left with three days worth of food and no crowds because of the sudden cancellation of the Briagolong Film Festival.
But after setting up outside the mechanics institute on Friday to try to sell food while it was still fresh, spirits lifted as locals came out to stock up on Mexican food and hotdogs.
Mr McIvor said the business association felt the strong sense of community spirit in  Wellington Shire was one of the positives to come from the lockdowns, with people trying their best to support local businesses.
“There is a growing sense of frustration that this is happening again, but one thing I know  is that we will come out of this,” he said.
New business owner Sophie Davis, who took over the Badger and Hare café in Stratford five months ago and is coming to terms with her second lockdown in that short period, agrees.
“So far we have had great support from customers and especially locals, so we won’t be throwing food out at this stage and are offering take away as usual every day,” she said.
However, the restaurant has had to put off about 14 casual staff and is operating on a skeleton team of a chef and Sophie and her son Will.
For others, the losses are not worth battling through.
Some of the bigger venues like Sporting Legends won’t be open for meals at all during the duration of the lockdown, and many others said they would play it by ear.
Mr McIvor said the SBTA ran a Community Connect Program to help people navigate their way through the challenges of running a business.
“I know we are getting a big response talking to businesses — people have really needed to talk and to know there is support,” he said.