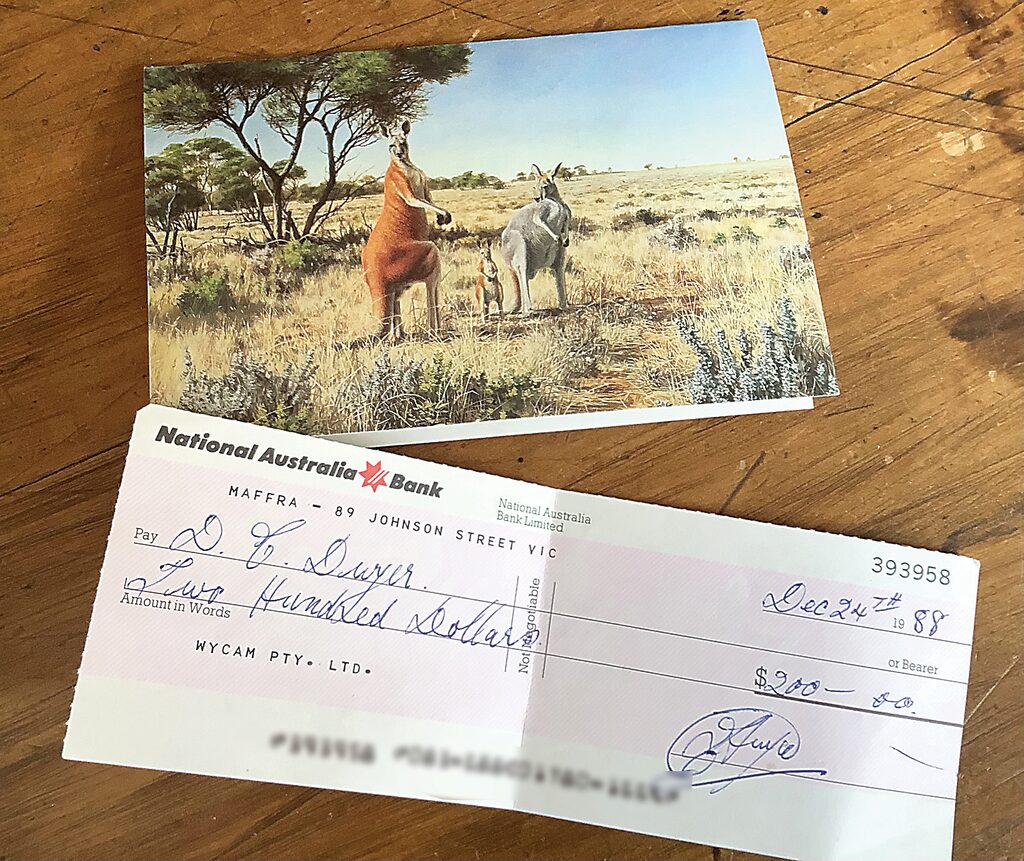 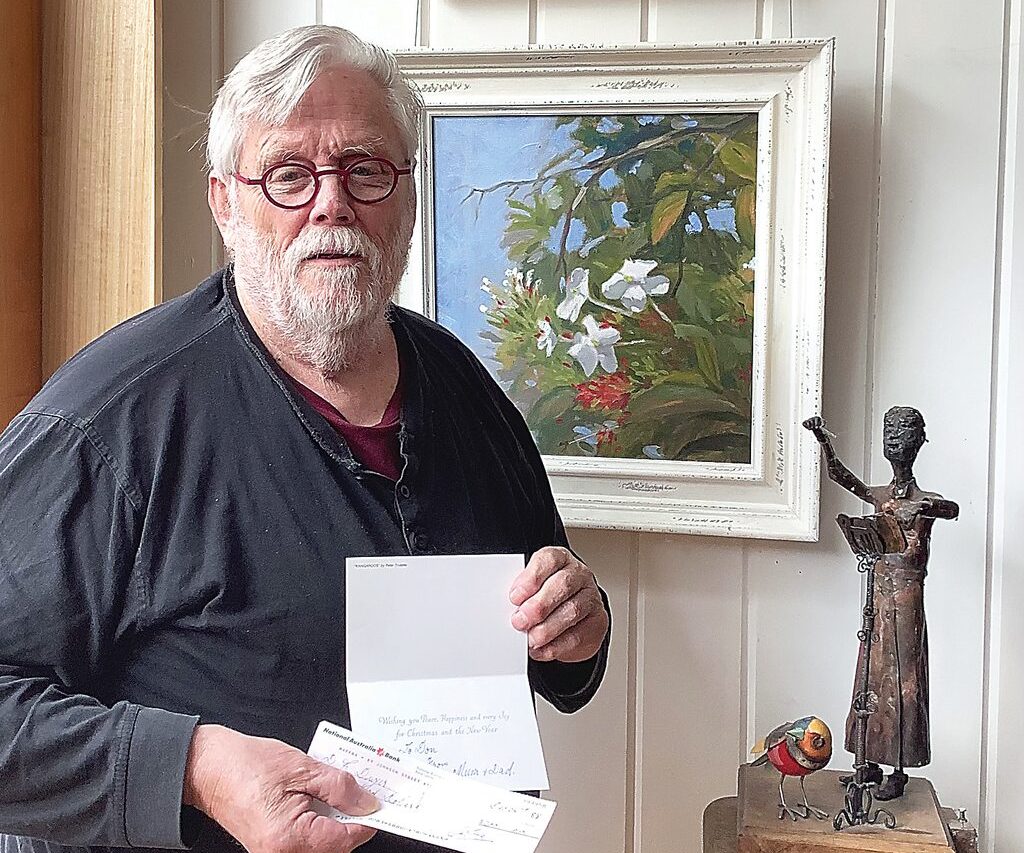 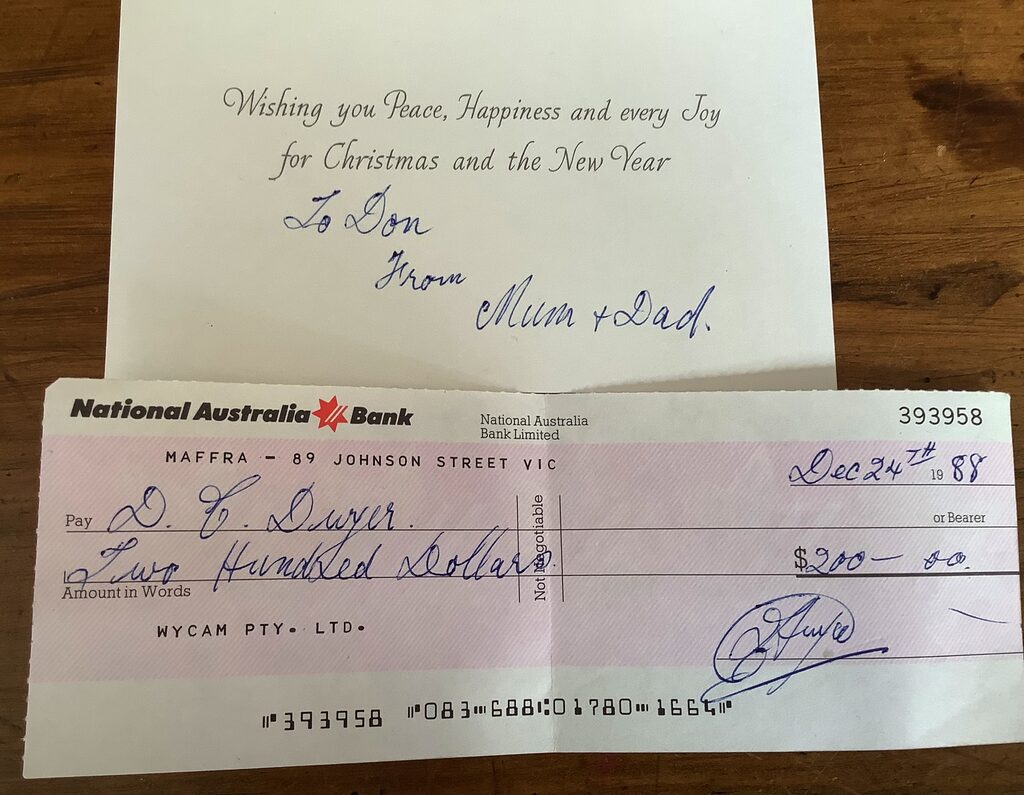 AN Inverloch artist is hoping to return a cheque which is almost 33 years old to its rightful owner.
John Mutsaers found the cheque in a Christmas card sent from parents to their son Don Dwyer.
Dated December 24, 1988, the cheque was for $200 — a generous Christmas gift, particularly at the time.
Mr Mutsaers is not 100 per cent sure how he came to be in possession of the card, but assumes it came from his own parents, who collected greeting cards, often scouring places like second hand stores and markets.
The front cover of the card depicts a kangaroo family — buck, doe and joey.
Mr Mutsaers doubts the uncashed cheque, issued at the National Australia Bank branch in Maffra, has any monetary value today.
But he would like to return it to its owner, or owner’s family, because it will most likely have sentimental value.
And he says he’s happy to make the trip this way to unite the cheque with its owner — and perhaps pop into Gippsland Art Gallery, Sale, for a squiz while he’s about.
When contacted by the Gippsland Times, Newry resident and the intended recipient of the card, Don Dwyer, was equally surprised at the find given that he was still living at home with his late parents in 1988.
He said the find was interesting for historical purposes, but there was no hope of redeeming the cheque, as his parents’ estate was settled several years ago.
Mr Dwyer said it was a complete mystery as to how the card and cheque came to be with someone else, and why its disappearance hadn’t ever been mentioned by his parents.
“At the time they must have thought I was pretty ungrateful for not thanking them for the $200,” he joked.
Mr Mutsaers has now been put in contact with Mr Dwyer.