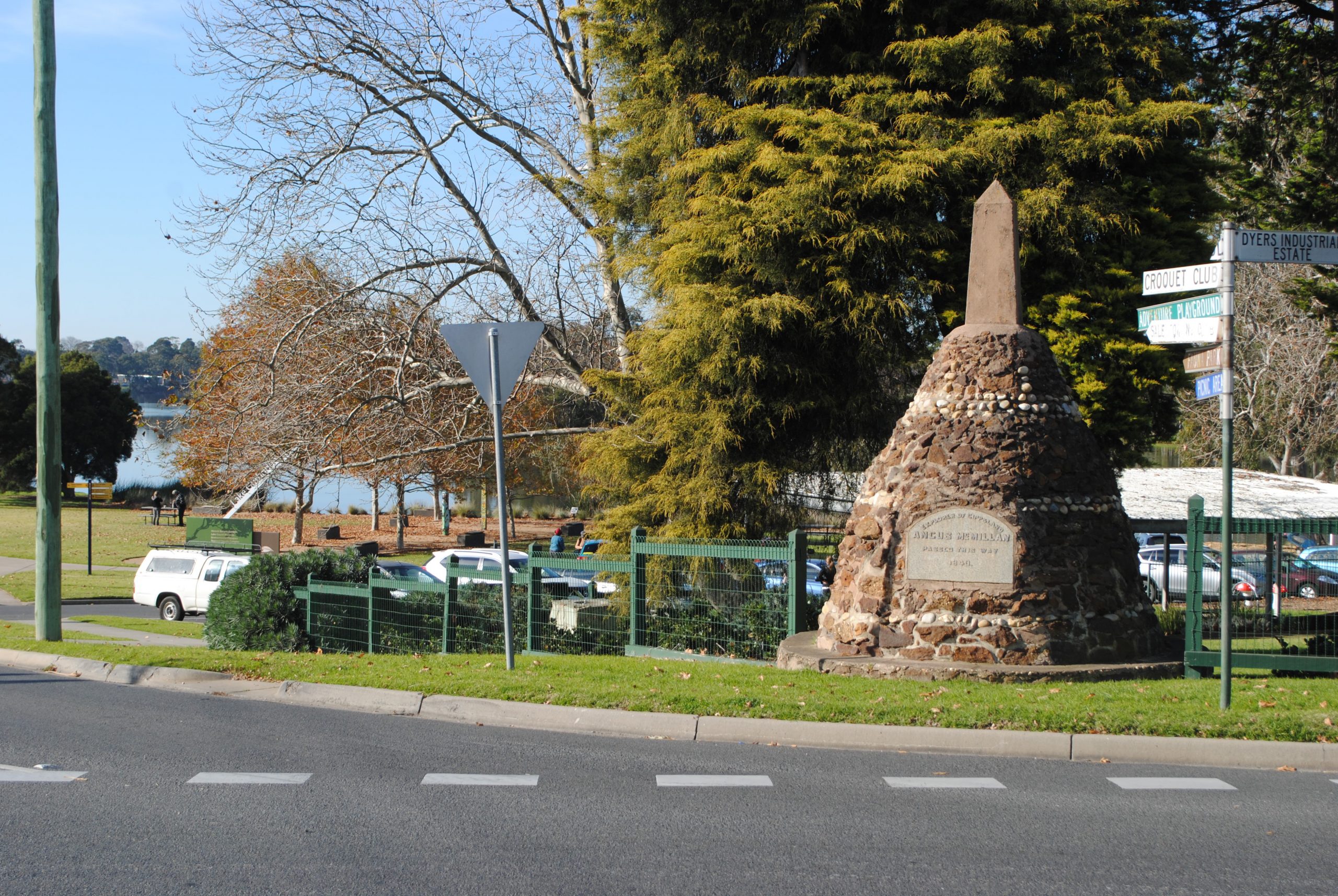 And we certainly acknowledge the role Peter Gardner has played in highlighting the many atrocities inflicted by those settlers.

What we do question is how allocating all the blame for this to one person and removing the expedition cairns is going to improve peoples’ understanding of events and advance reconciliation.

Others are named in some records, and initially Macalister was given credit for opening up the area for settlement (Tyers, 1844).

While McMillan sought recognition for his role in the expedition, this does not equate to a ‘claim to leadership’ and he was not particularly successful in most of his endeavours.

We certainly don’t endorse the Windschuttle theory that settlement was benign and peaceful.

As we have said, we believe the answer is to modify the cairns, recognise all participants and add information about the First Nations peoples.

As Gardner’s response enforces, there is no proof of the involvement or leadership of McMillan or anyone else: just probabilities and possibilities.

We are certainly aware of the consequences of the Myall Creek massacre and why there are no firsthand accounts of Gippsland events.

We are also aware of other sources, including Henry Meyrick’s protests over the ‘hunting’ of Indigenous people.

Meyrick of course, also said “For myself, if I caught a black actually killing my sheep, I would shoot him with as little remorse as I would a wild dog.”

This is not meant as ‘selective’ quoting, but to illustrate the ownership the European settlers felt for their land and stock – quite the opposite of the Indigenous approach.

The debate continues to escalate – like the discussion of McMillan allegedly ‘keeping Aboriginal skulls in a hessian bag’.

Wikipedia quotes this myth with a reference to an article which mentions a sculpture illustrating this.

It appears the subtle artistic device employed by Annemieke Mein in her bronze of McMillan has taken on its own interpretation.

According to the artist at the time, the outline of human skulls is shown on his leather saddle bag as a reference “to the loss of our Gippsland Aboriginal tribes and a symbol of the harshness of the times.”

Ahead of her time in highlighting the involvement of McMillan in Aboriginal deaths, the artist is now subject to people wanting to ban her work for her brave initiative.

We need to present history to help people understand the true status: that members of an Indigenous group jointly ‘owned’ their locality and shared the animals, birds, fish and plants as a food resource, and ‘managed’ the land to ensure its productivity.

Obviously this was a complete contrast to the permanent homes and fenced properties to which the Europeans were accustomed.

With many settlers owning land for the first time – an unlikely scenario if they had remained in Great Britain – the scene was set for conflict.

While some like Meyrick lived relatively peacefully, others obviously saw the need for more pro-active protection of their property, using poisoned flour, hot coals and other deterrents to keep the Indigenous people away, and resorting to attacks at the slightest perceived provocation.

For their part, the Aborigines saw the stock and other items as a replacement for the native wildlife being driven off the land by settlers.

And so we have the Black Wars or Frontier war for survival on both sides.

We believe the cairns should now recognise everyone involved in the early expeditions which created trade routes and settlement, particularly acknowledging that the group was shown the way by indigenous guides (Jemmy Gibber and others) These prominent sites should be used by the First Nations people to also tell the story of their lifestyle.

The cairns were funded and developed by local committees – their story should also be preserved.

The debate has prompted renewed research into McMillan and we hope the Aboriginal community will share their knowledge with us to help improve understanding as a positive step towards healing and greater unification.

The basis of reconciliation is truth telling, understanding and tolerance.

We have to go through more than just tearing down monuments to bring true reconciliation to Gippsland.