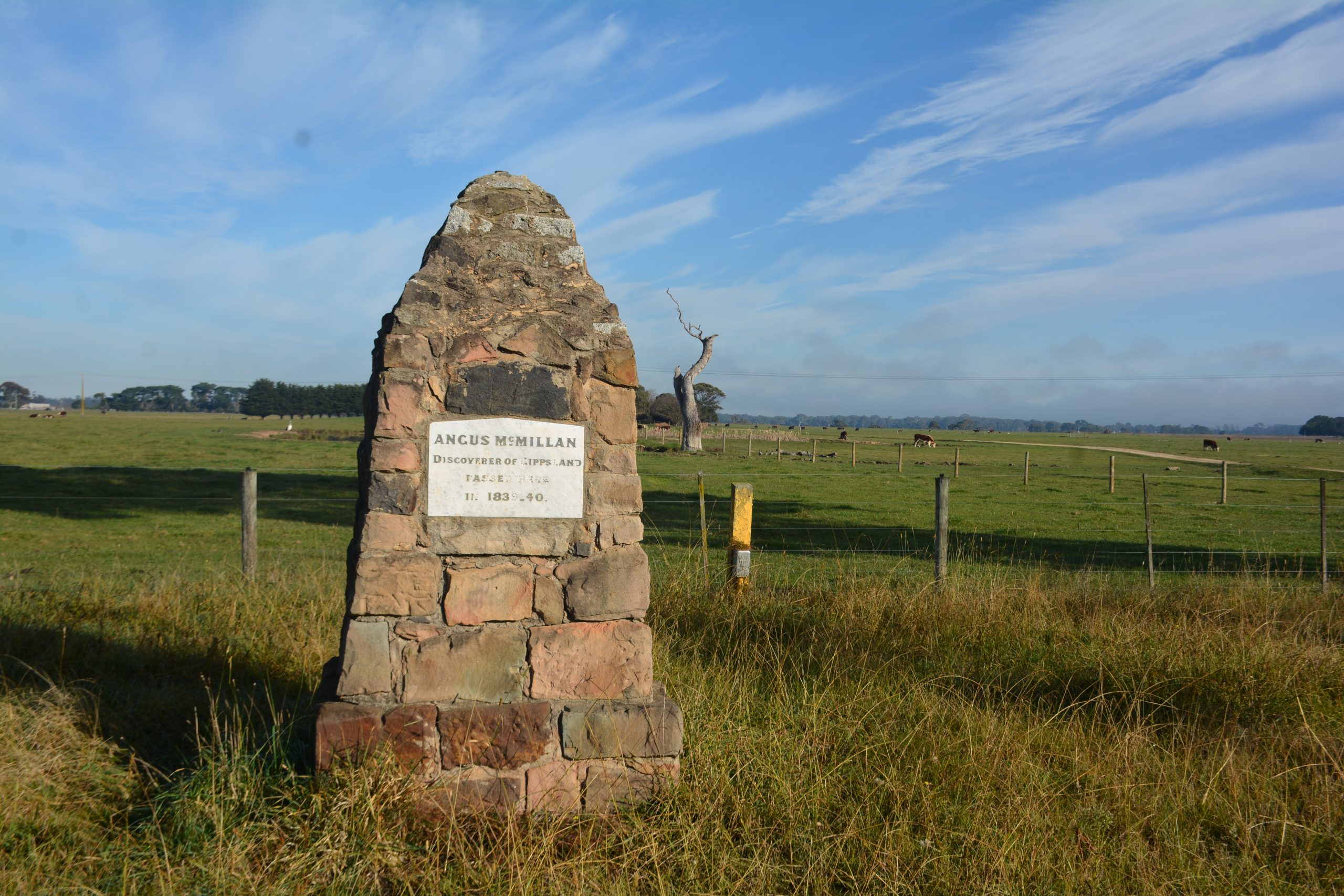 THE symbolism of the Angus McMillan cairns implies community approval and hearty endorsement of self interest trumping basic humane principle – a grave failing that is still around today.

It’s in individuals who perpetrate domestic violence, and others engaging in daily sexual harassment and child abuse, sometimes on industrial scale.

It’s also in groups like our political parties who persecute asylum seekers, whistle-blowers and Centrelink recipients on our behalf, after making decisions to do so behind closed doors.

Yet we just keep voting for them regardless, endorsing their behaviour, as if they are as innocuous as a local football team.

Then there are large companies whose collective wisdom fails so miserably in favour of self-interest. Annulling the tacit approval of McMillan’s actions is easy.

One suggestion is to remove the plaques, change the profile of the cairns and soften them with cascades of ground covers or art works to the same effect.

A nod to the human penchant for piling up rocks in prominent places.

Remember when domestic violence was acceptable, as long as it was behind closed doors?

A ‘domestic’ was what the local police called it. It took Rosie Batty just to start the conversation about whether it was a problem or not.

Then we had the #MeToo movement, trying to open our communities’ eyes to what was known to be happening in countless workplaces, but was OK, as long as we weren’t confronted by it, didn’t have to do more than smirk at the audacity of the predators.

Child abuse, which can be everywhere that children are, is enabled by colleagues and those in authority, who sometimes know the paedophiles, then decide that the good they do outweighs the evil.

Removing our approval for political parties’ decisions might require the banning of all corporate donations to their coffers, immediate, open declaration of all donations, and a demand for them to be as accountable as any shire council to the people they ‘serve’.

No lobbyist communication should be done in secret.

Companies who flout their most basic duty to humanity and the environment deserve to lose all face, their boards sacked and fined, not given approval by us all looking away and sighing, because they met their ‘legal requirements’, but not their moral obligations.