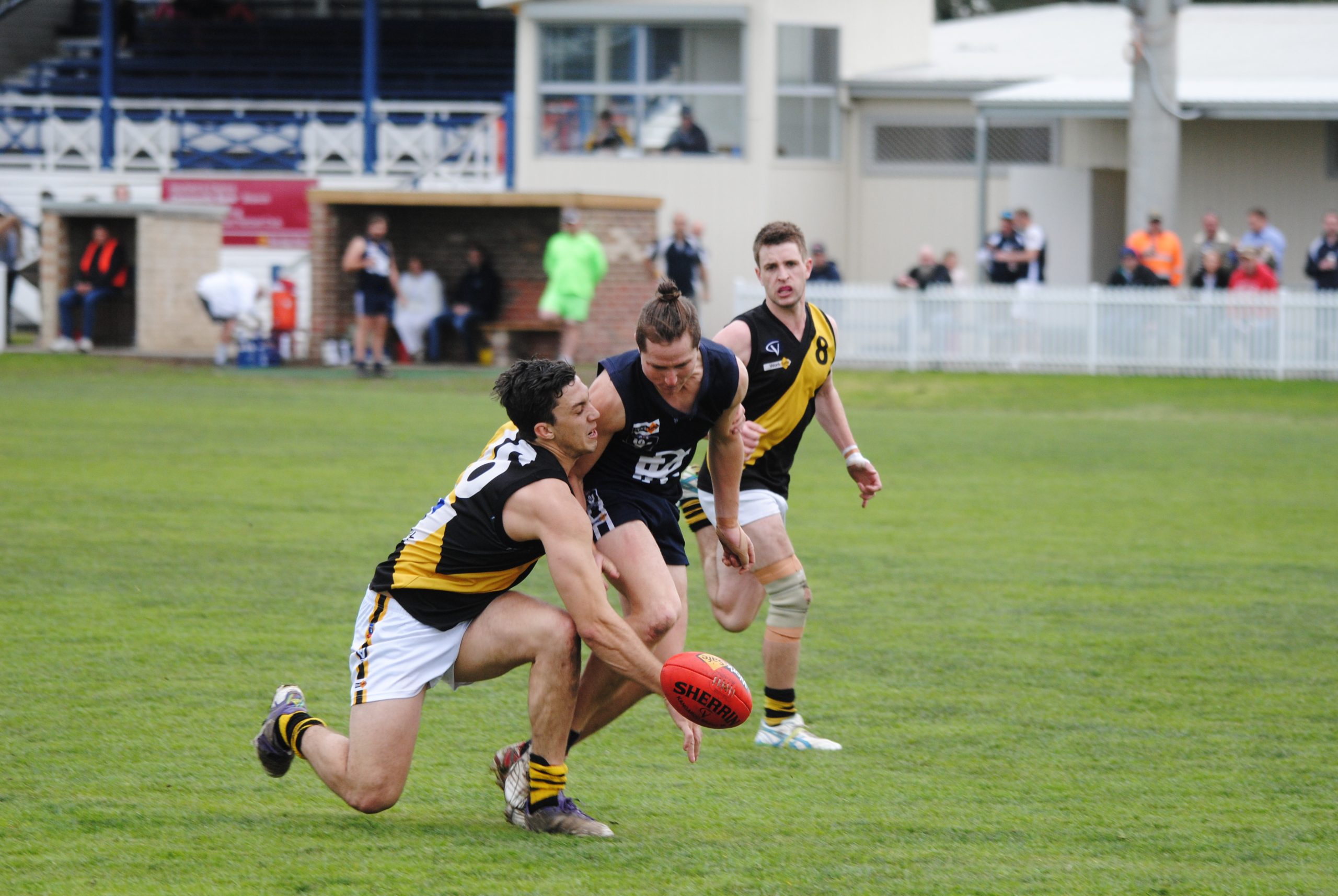 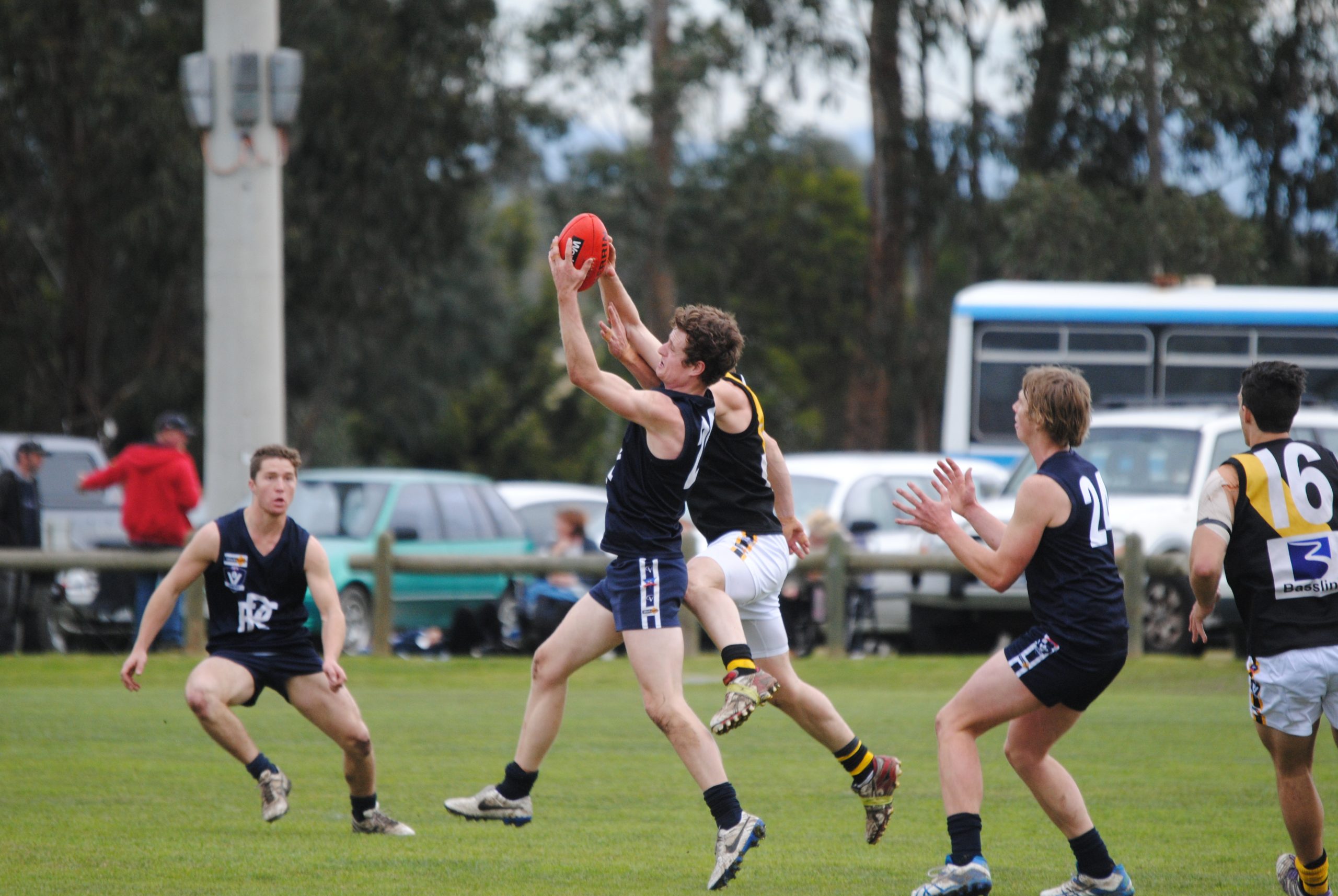 A SIX-goal to one first term was the impetus for third-placed Rosedale’s 84-point victory over Gormandale in North Gippsland football.

With a large crowd gathered for the club’s 130-year celebrations and with finals in their sight, the Blues turned it on in front of past players and officials.

A strong first quarter showing set the tone for the remainder of the contest. The perennial finalists didn’t look back as they held a commanding lead at each change to win 22.18 (150) to 10.6 (66).

Brandon McDonald, Frazar Brouns and Andrew Flanagan turned it on in front of goal, booting 10 majors between them.

Rohan Diamond made the most of his chances when pushing forward, booting three goals, while brother Adam was best-on-ground.

Luke Stuckey ensured the Blues got first touch of the ball in the midfield, while Jeremy Reid was instrumental in and around the contests.

Luke McLean, which kicked four goals, and Ryan Burns stood-out for the Tigers.

TRAILING Cowwarr by five points at half-time Woodside was forced to dig deep in order to keep their finals pulse beating.

With the win, the Wildcats took fifth position on the ladder from neighbour Yarram, who had the bye last weekend.

With their finals ambitions dashed, it was the Saints who had plenty to prove early. Goal sneak Ben Plozza caused headaches for the Wildcats defence, registering several of his match high four goals in the first half.

A resurgent Wildcats line-up emerged from the rooms for the second half, slamming home eight goals to two. Shane Kilgower, Tom King, Tom Love and Foat provided the impetus for the turnaround.

Leading by six goals at the final change, Woodside went about boosting their percentage, registering a further seven majors.

A mere 0.72 of a per cent separates the Wildcats and Demons with both sides meeting the competition’s top of the table sides in the final round to decide who claims the fifth position.

SALE City had to unleash a withering five-goal third quarter burst to overrun a determined and hard-working Traralgon-Tyers United.

With scores locked at half-time, TTU looked to impose its presence in the early stages of the third term, however the Bulldogs booted a number of quick majors to establish a 26-point lead.

City continued its relentless attack on the footy in the final term, kicking a further three goals while holding the home side goalless to win by 46 points, 14.14 (98) to 7.10 (52).

The visitor’s majors came through Mitch Bennett (four) and Nick Grainger (three), while Nic Campbell booted three for the Bombers.

City was well-served by Mitch Evans, who was its key playmaker, Ben Chivers provided drive off half-back with Brad Walsh influential against the Bombers’ engine room.

GLENGARRY proved too strong for Boisdale-Briagolong as it marked Ryan Potter’s final match as coach with a 29-point victory.

Subdued in the first half, an undermanned Glengarry came out firing in the third quarter, booting four goals to one as the Bombers, who had led in an impressive first half performance, were left to play catch-up football.

The Bombers had held their own in the first half, leading the reigning premiers by seven points at the first change and six at the long break. However, the visitors were unable to match the Magpies’ intensity in the second half.