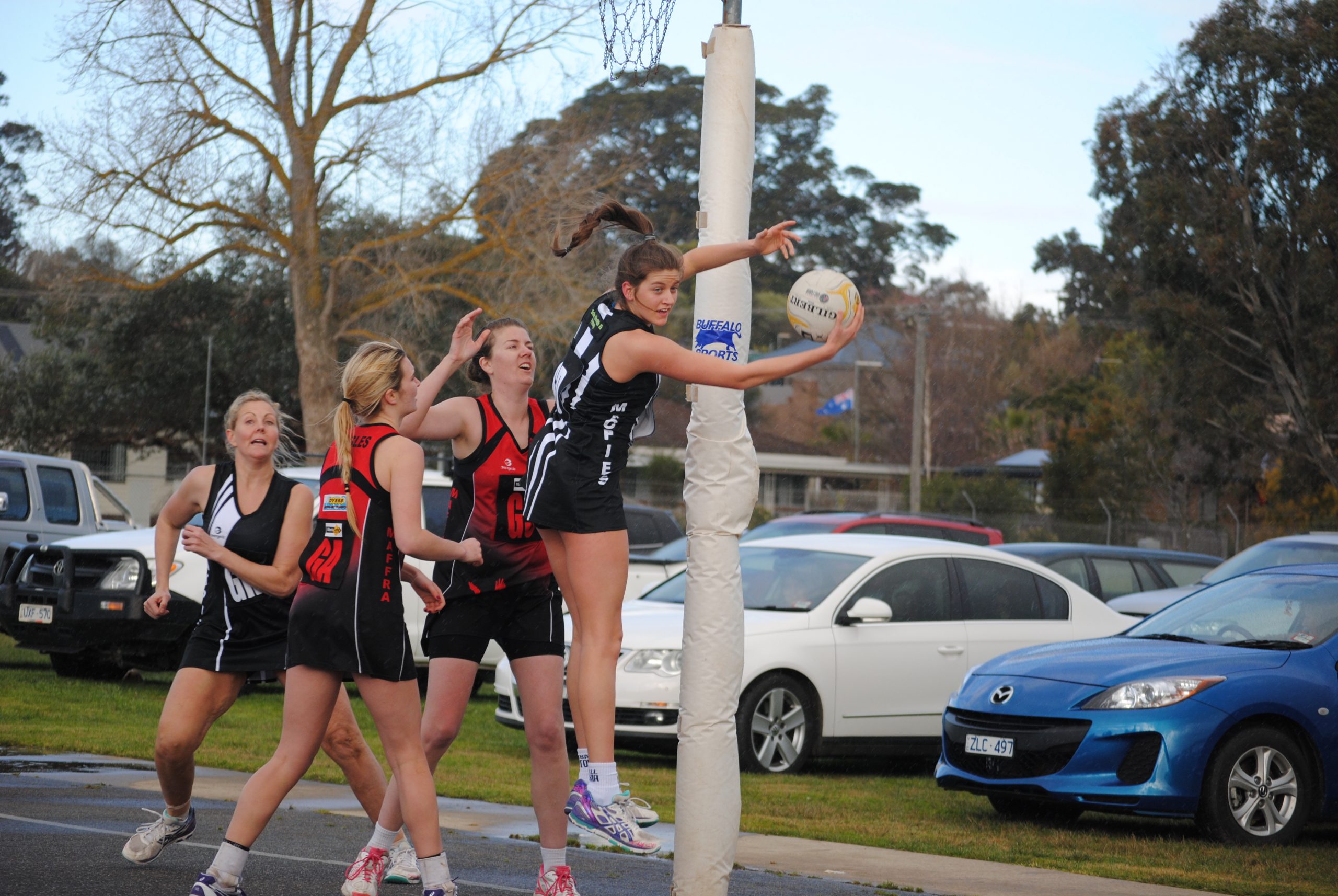 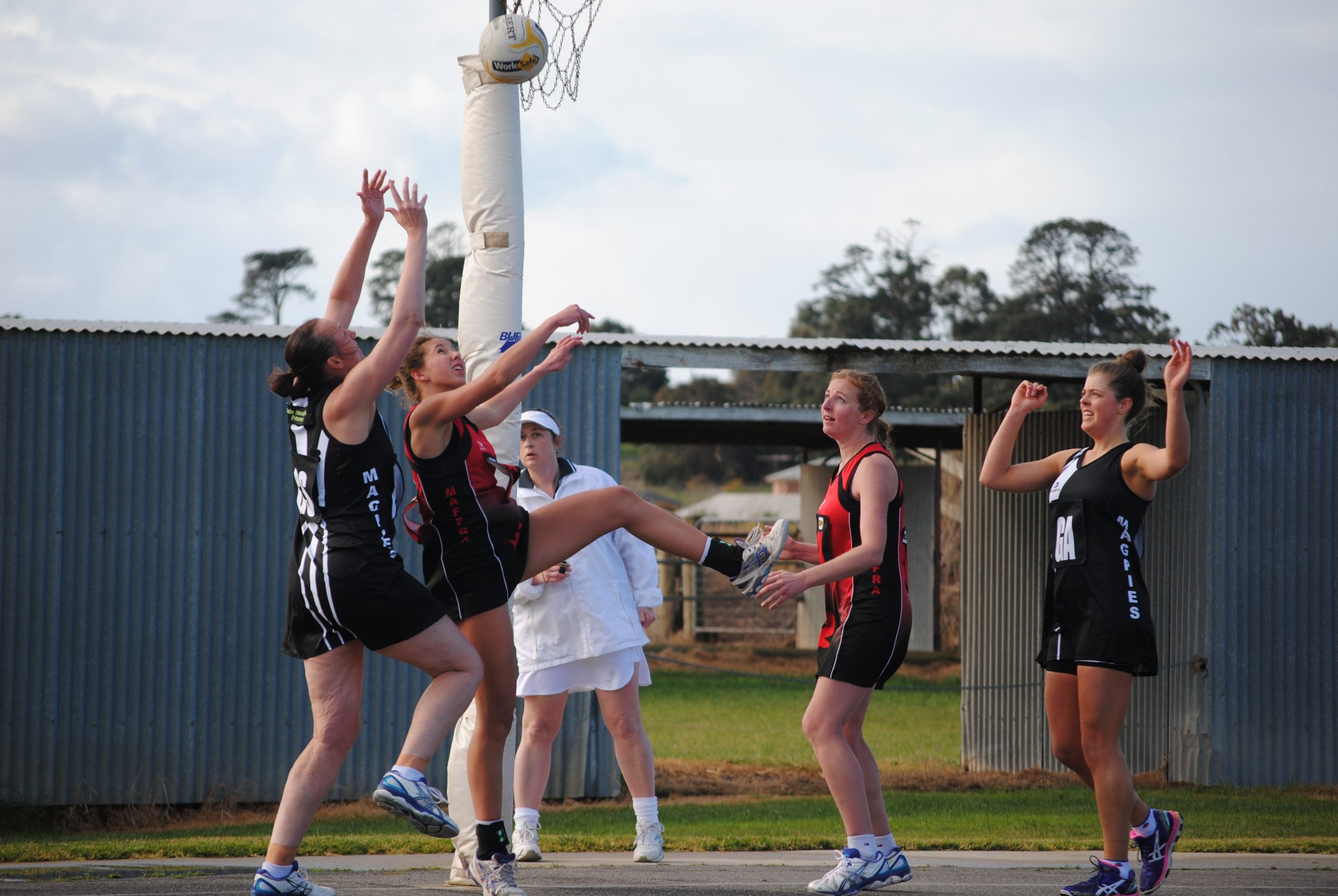 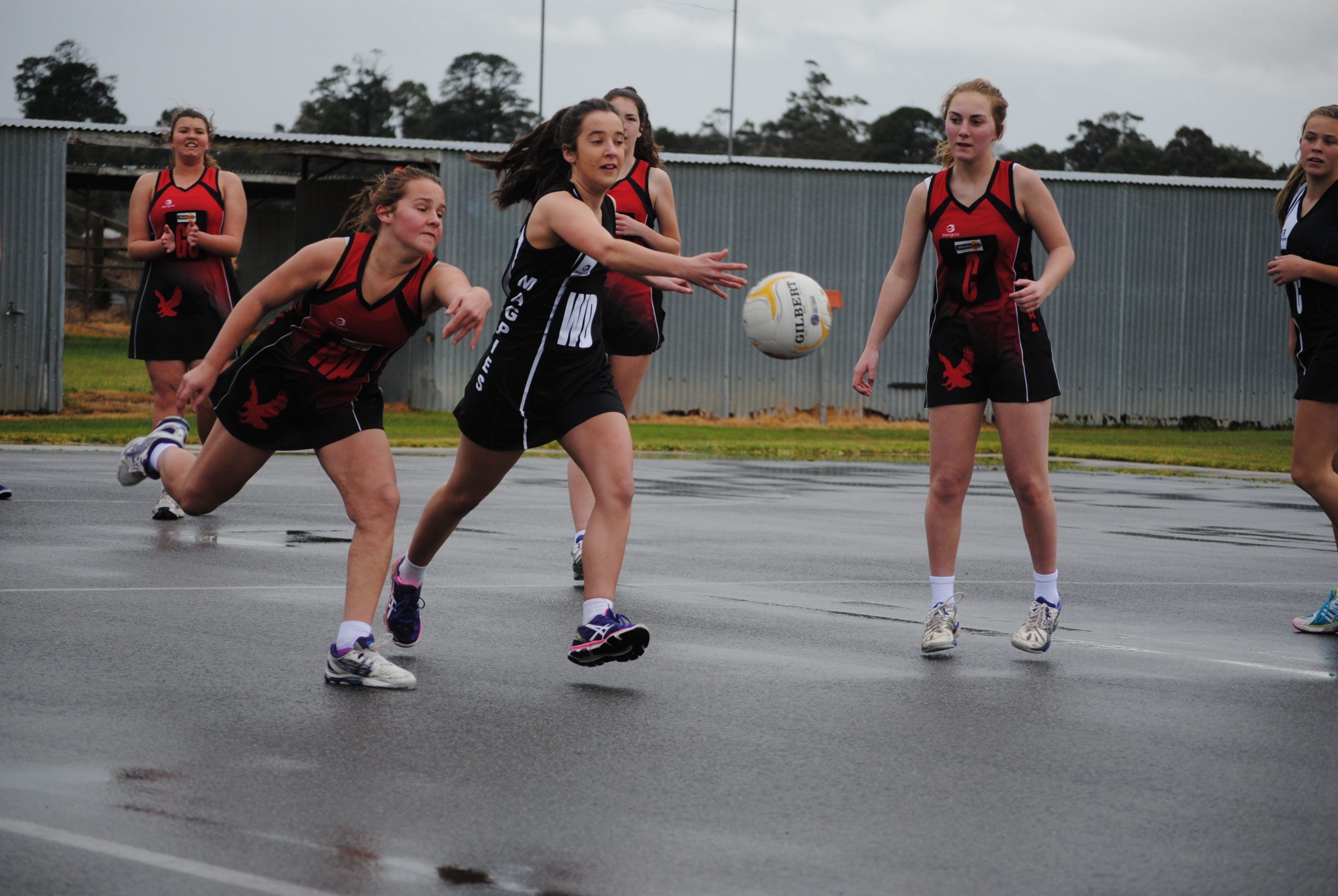 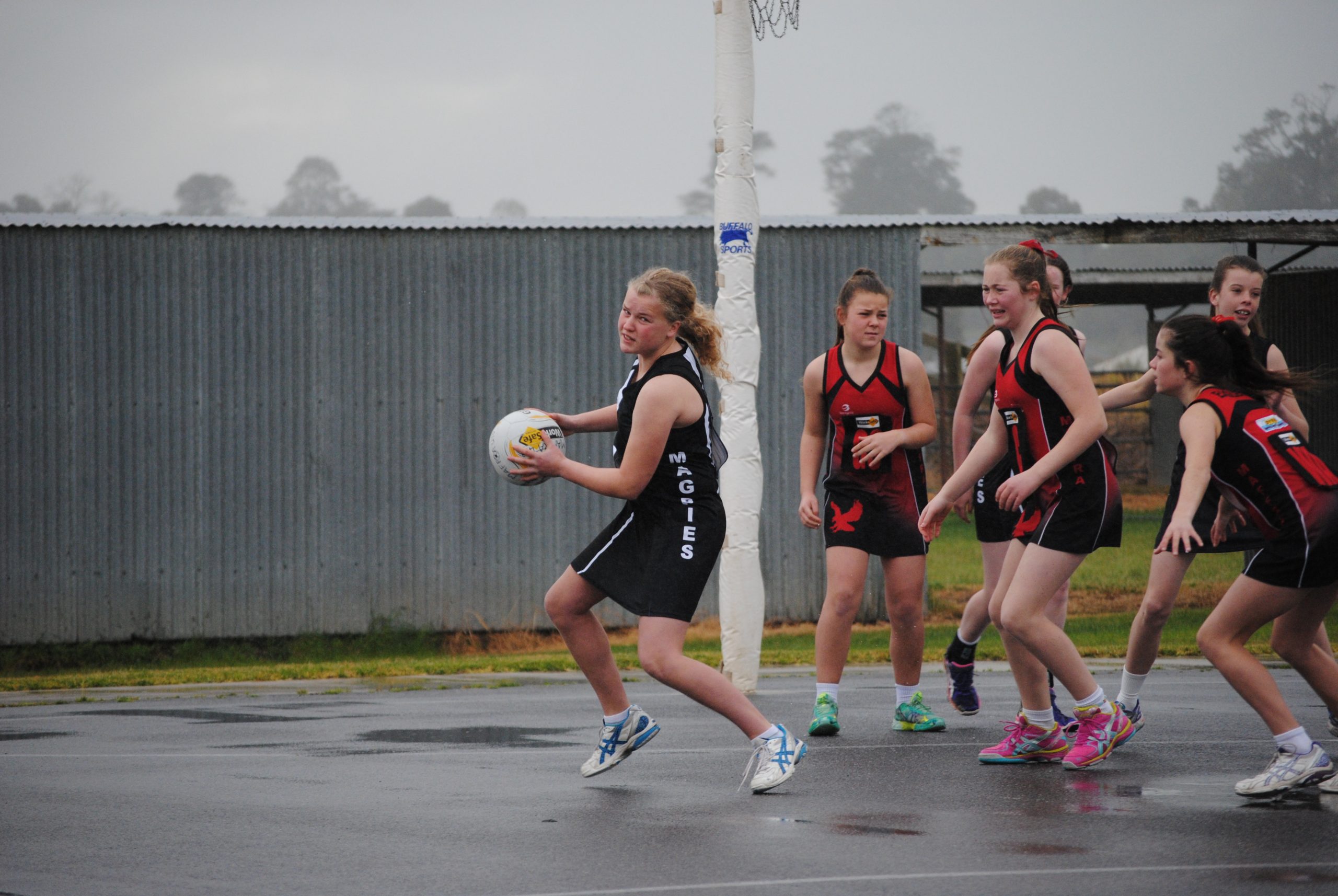 THE Gippsland League netball matches between Maffra and Sale were played with their usual spirit and endeavour as players on both sides braved the showery, bitterly cold conditions.

Third on the ladder, Sale needs to keep on winning to get the double chance and got off to a flying start, leading 16-3 at the first change. Maffra kept fighting, outscoring Sale 9-7 in the third, but Sale re-grouped to win by 20.

The B grade match developed into a thriller.

Sale led 31-30 at the last change, with Maffra fighting back to win 37-36. Serrin Stobie gave another outstanding exhibition of goal shooting for the Eagles.

The under 17 match was another thriller, with second-placed Maffra meeting fourth-placed Sale.

Sale led 17-16 at the final change and in a shoot-out, the two teams were level at 22-all when the buzzer went. Both teams should do well in finals.

In another high standard match, the under 15 teams had to contend with heavy showers and bitterly cold conditions.

In under 13s, Maffra are undefeated and premiership favourite. After an even first quarter, the Eagles went up a gear to win 38-13.

ELSEWHERE in A grade, Bairnsdale moved into the top five with a 53-46 win over Wonthaggi, top side Morwell overcame Leongatha 44-42, and fourth-placed Drouin defeated Moe 55-45. Traralgon had the bye.