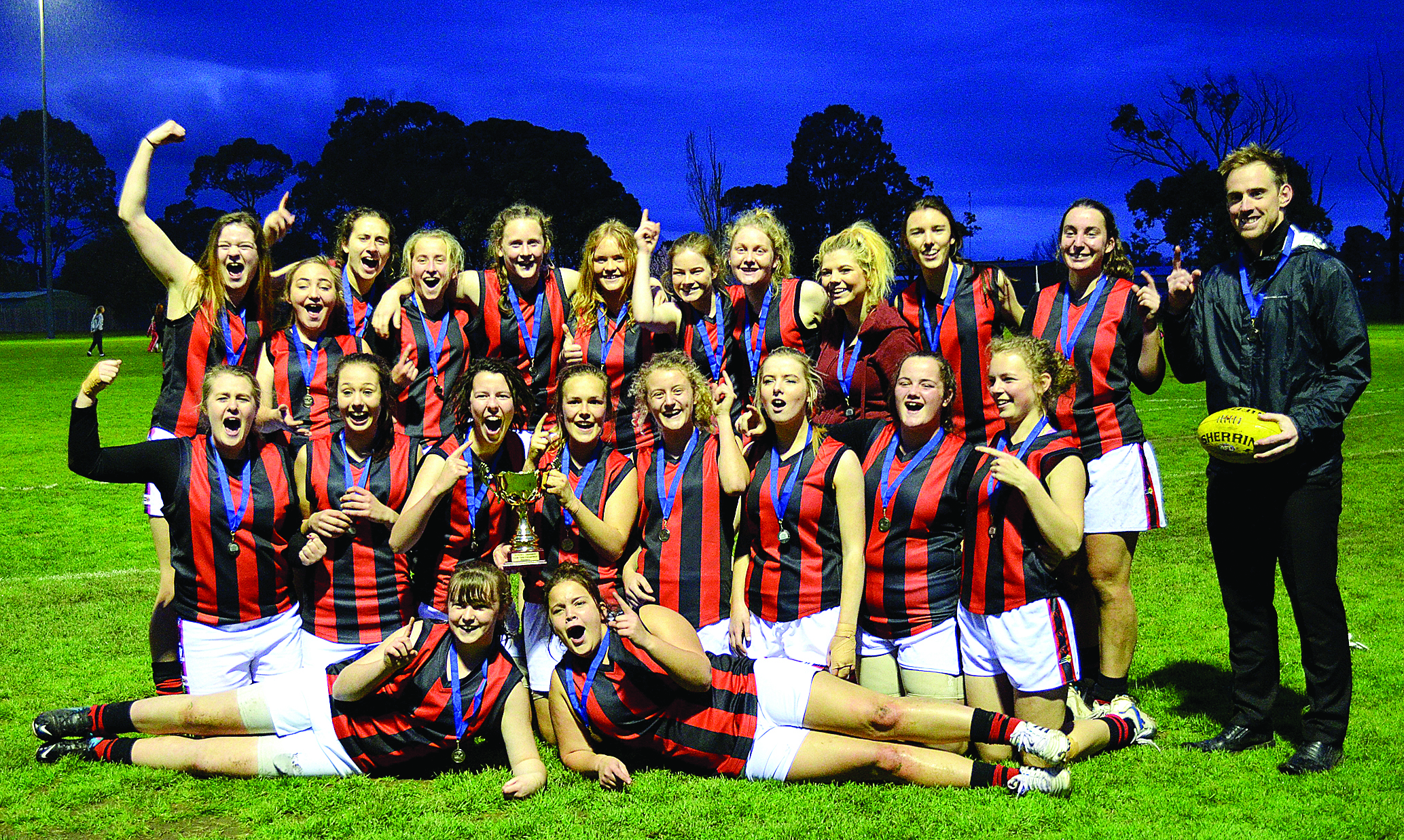 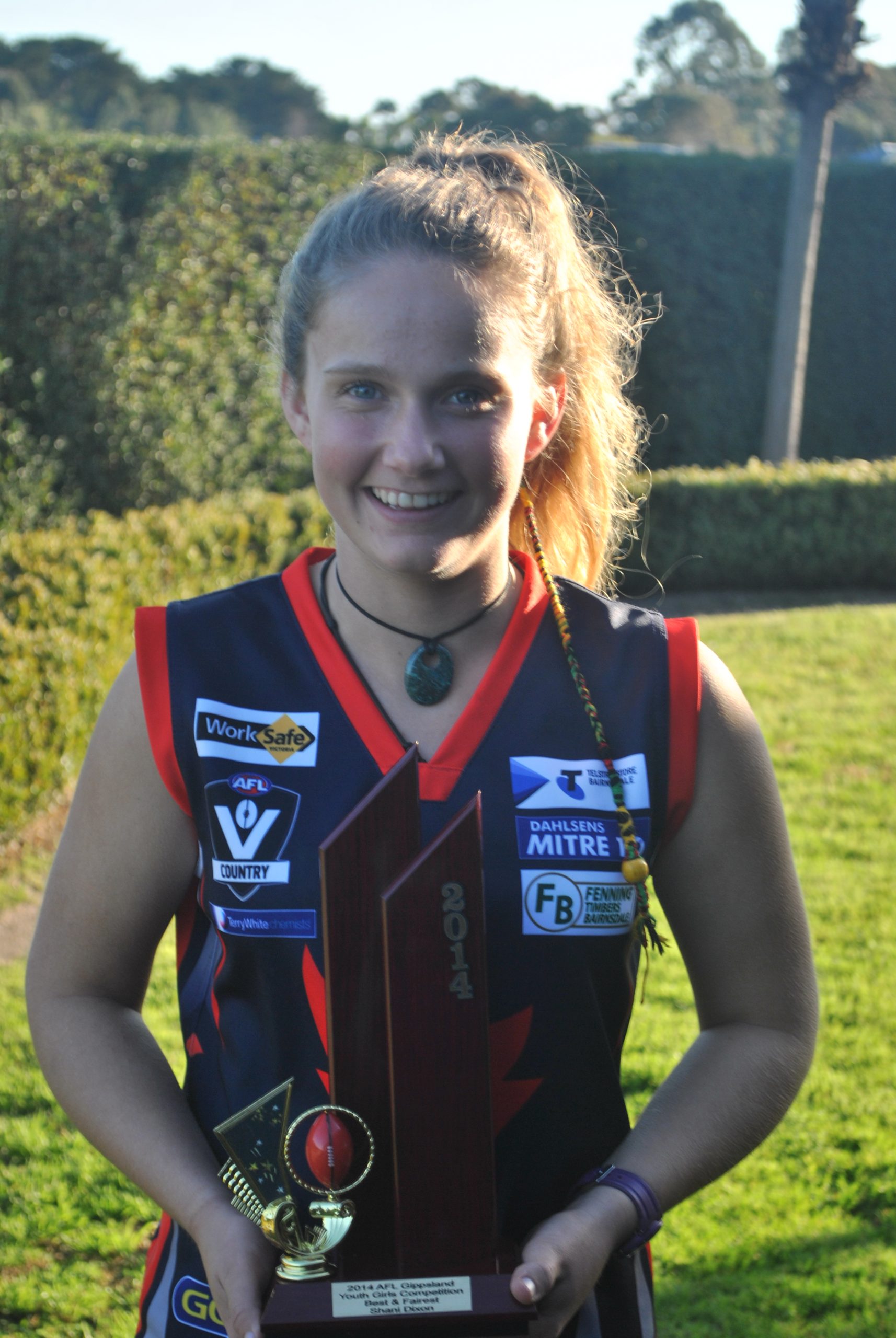 MAFFRA has taken out the AFL Gippsland youth girls premiership in its first year in the competition.

The Eagles defeated their more fancied Bairnsdale opponents at Traralgon West on Sunday, holding a slight advantage throughout to win 9.4 (58) to 7.5 (47).

Pedretti, who also lines up for Cranbourne in the Victorian Women’s Football League, finished the season with 38 goals.

Reigning premier Bairnsdale kicked the first two goals of the match, but the Eagles responded with four unanswered goals to lead by 12-points at quarter-time.

Maffra held the Redlegs at bay for the remainder of the contest, holding on to win by 11 points.

Eagles star Hayleigh Brennan led the way with five goals, with good support from Amy Dunn, Alex Gallatly and Holly Whitford, while Hannah Lascelles stood up with some telling marks in defence.

Shani Dixon was a stand-out for Bairnsdale, along with Pedretti and Nicole Halford.

It was a tough end to the season for the Redlegs, with the grand final defeat just their second loss of the season. Both defeats came at the hands of the Eagles.

“It was a high standard of football and showed how far all the girls have come since the start of the year,” she said.

“The tackling pressure was fantastic and all teams should be very proud of their efforts.”

Dixon, from Stratford, won the league best-and-fairest, ahead of Halford. The award capped a big year for Dixon, who represented Gippsland Power at state championships and finished in team of the year.

She also represented Victoria Country at national championships in Canberra and will now trial for the Melbourne academy, with try-outs to commence on September 5.

Morwell, which defeated an injury-hit Warragul in the consolation final, was named the season’s best conducted club, scoring 100 per cent in spectator, player and official behaviour.

The competition continues to grow, with three more clubs hoping to field sides in season 2015.

Dixon is hoping to start a Stratford team.