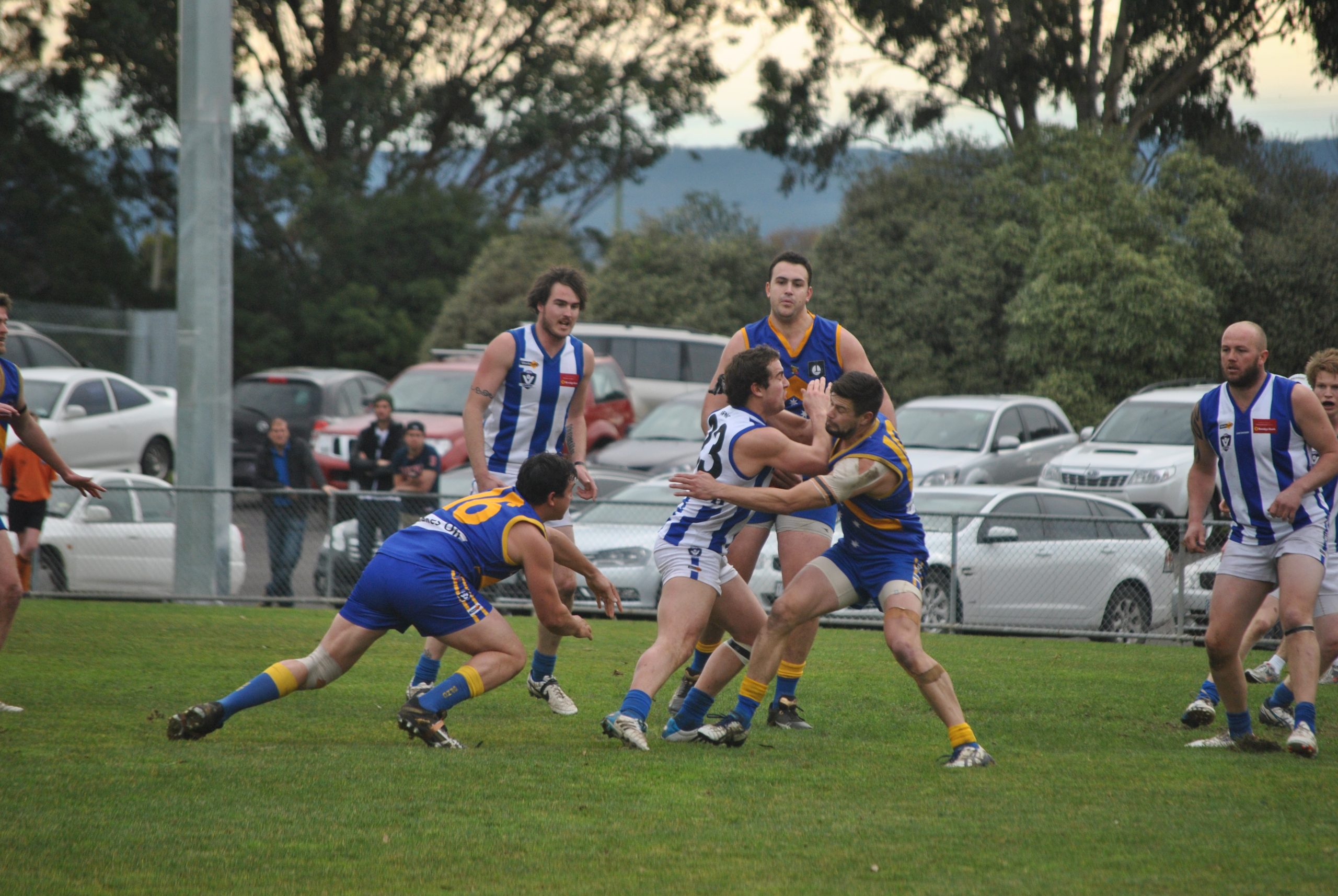 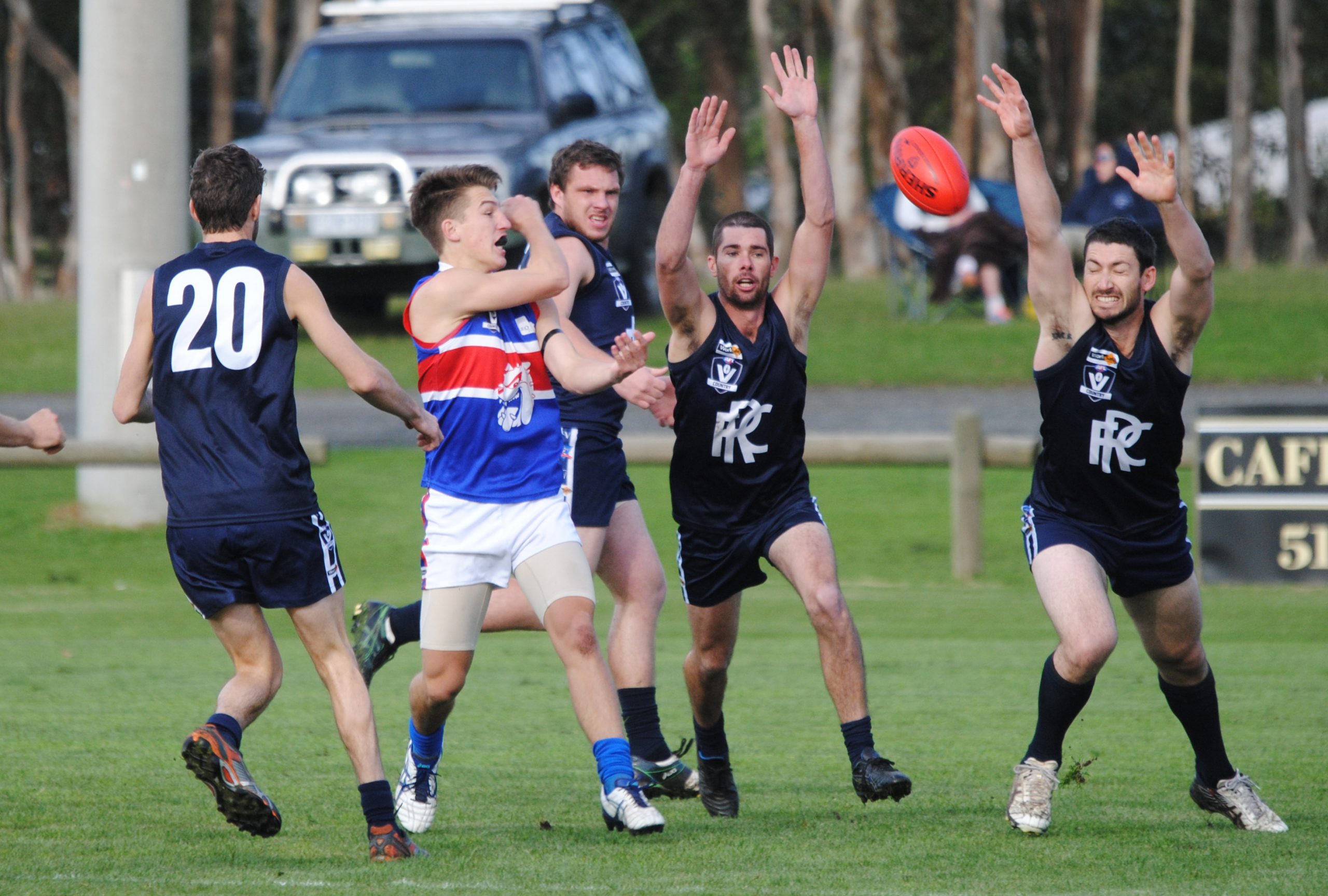 HEYFIELD and Churchill will square off at Stephenson Park on Saturday, with the winner booking the first place in the North Gippsland football grand final.

Their form throughout the season has both sides touted as premiership contenders.

Despite winning 10 on the run this season, the Cougars couldn’t reel in Heyfield, which, for the second year running, finished the home-and-away season well clear on top. The undefeated Kangaroos finished four games clear of the Cougars, however, this will mean little ahead of the first bounce on Saturday.

Three weeks have passed since Heyfield and Churchill last did battle.

The Kangaroos were tested early before kicking away in the third term to win by 39 points.

The forward brilliance of Jesse Bedggood and Jess Jackway, and cameo performances from Josh Stubbe and Kodie Woodland tested the Cougar back line.

Cougars coach Allan Chandler hoped to improve in a number of areas where his side was convincingly beaten in that recent meeting against the Kangaroos.

“They are an extremely impressive side and we will be doing everything that we can this Saturday to achieve what no other side has done this year,” he said.

Assessing his side’s qualifying final victory over Rosedale, Chandler said he was happy with his side’s second half performance.

“Our first half was disappointing in a number of key areas,” he said.

“The players definitely responded in the third term and we were lucky enough to get the win.”

Chandler noted that while key forward Brendan Holt “should be right to go”, he won’t be taking any risks.

Holt missed the round 19 match against Heyfield through injury.

The Kangaroos will be raring to go following the week’s break as they push for a third successive grand final appearance.

Fully aware that the Cougars are no easy beats, Heyfield’s engine room will need to stamp its authority and dictate play.

Heyfield and Churchill will also meet in the reserves second semi-final.

The Kangaroos have only lost one match this season.

Churchill will also be playing in the thirds, against Traralgon-Tyers United.

ROSEDALE and Sale City will meet for the second time in three weeks in Sunday’s first semi-final final at Woodside.

The Blues struggling to maintain their groove during the third term against Churchill last weekend and will need to put a halt to the run and fire power of Sale City, who is coming off a convincing 40-point win in the elimination final.

With question marks over the availability of Sale City forward Jake Schuback, Rosedale coach Nick Leechino said he would be planning for the Bulldogs’ match winner, who kicked eight goals against Woodside last weekend, taking to the field.

“I will be planning for Schuback to play, there is talk about whether he will be available or not due to work commitments, but it is the great unknown for us,” he said.

The Blues defeated the Bulldogs by 16 points two weeks ago, but Leechino said he would be taking a different side into Sunday’s contest.

“We will take confidence into the match that we have beaten them twice. Like us, they know that there are no second chances – it’s do or die now,” Leechino said.

While pleased with the Blues’ first half performance against Churchill, Leechino was disappointed they missed a number of opportunities in the third term.

“We can take confidence that we rallied, we have a bit of work to do ahead of this week but we can take a fair bit out of the game,” he said.

“We prepared well coming into the match against Churchill, we got off to the right start and we were in it for a fair part of the contest.

“One man down, when Flanagan was sent off in the third term, we knew that we were up against it, but we did okay to negate them to two goals with them making the most of the extra man. We couldn’t hold them with their style of play and one extra man, it soon took its toll.

“Our turnovers cost us, we didn’t capitalise early, we missed a number of shots and on the other hand they were clean enough to get it forward and score. Our lapses cost us.”

The Blues’ back six is one of the best on the competition and generates plenty of run off half-back.

The side’s small forwards are very effective and stood tall in the first half last week.

With full forward Andrew Flanagan accepting the prescribed one-week suspension, Leechino will be looking to the likes of Brandon McDonald and Brad Scott to continue their impressive form in attack.

“We have a number of key players in the forward line that can take the goal square in the absence of Flanagan. There will be an opportunity for someone to take the square and be the vocal point,” Leechino said.

Like the Blues, City boasts an impressive midfield led by Brad McKay, Jake Milham and ruckman Matt Lutze, who were catalysts in enforcing the pressure which quickly had Woodside on the back foot in the elimination final.

Cowwarr and Boisdale-Briagolong will clash in the reserves, while Glengarry and Yarram will fight to keep their season alive in the thirds.