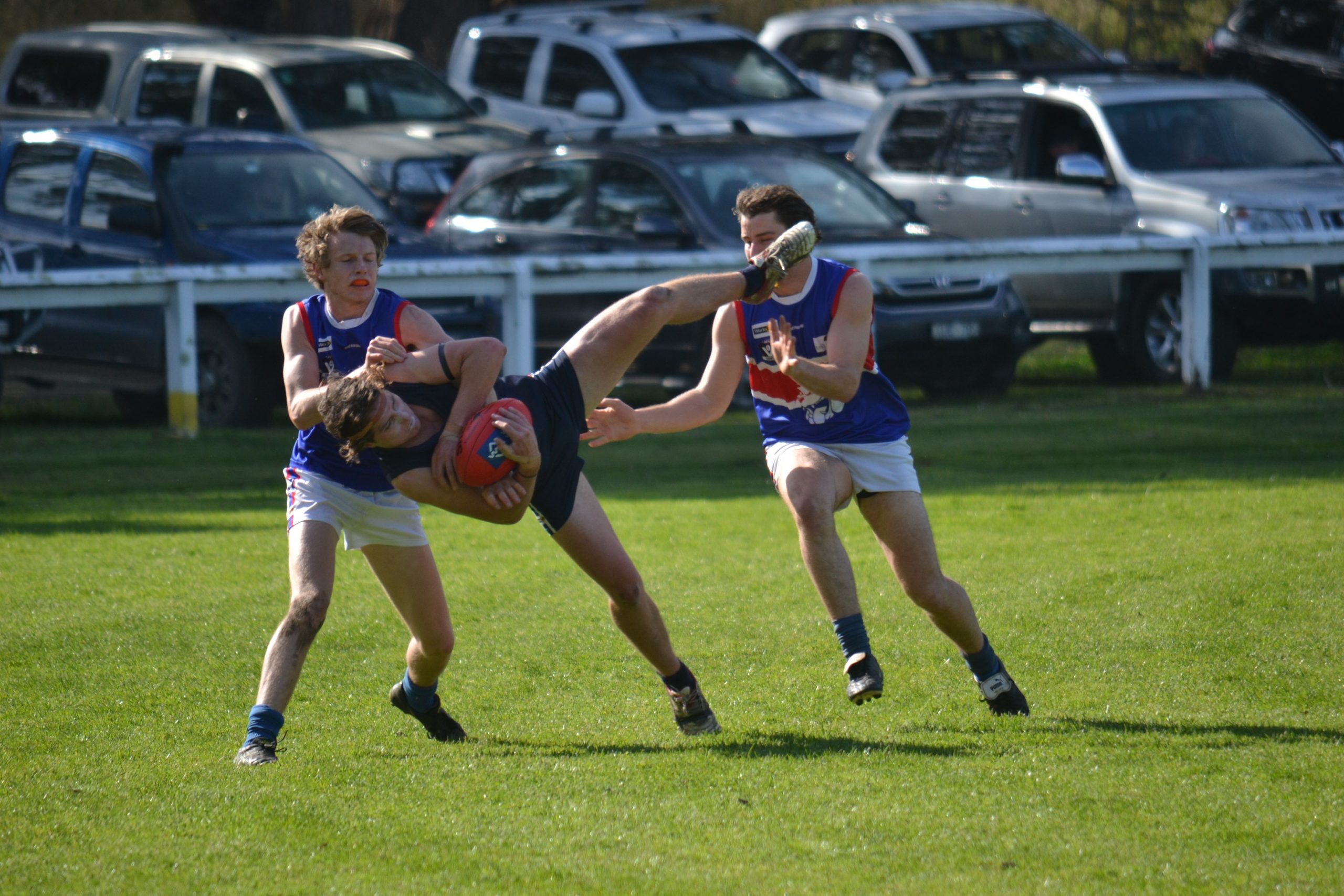 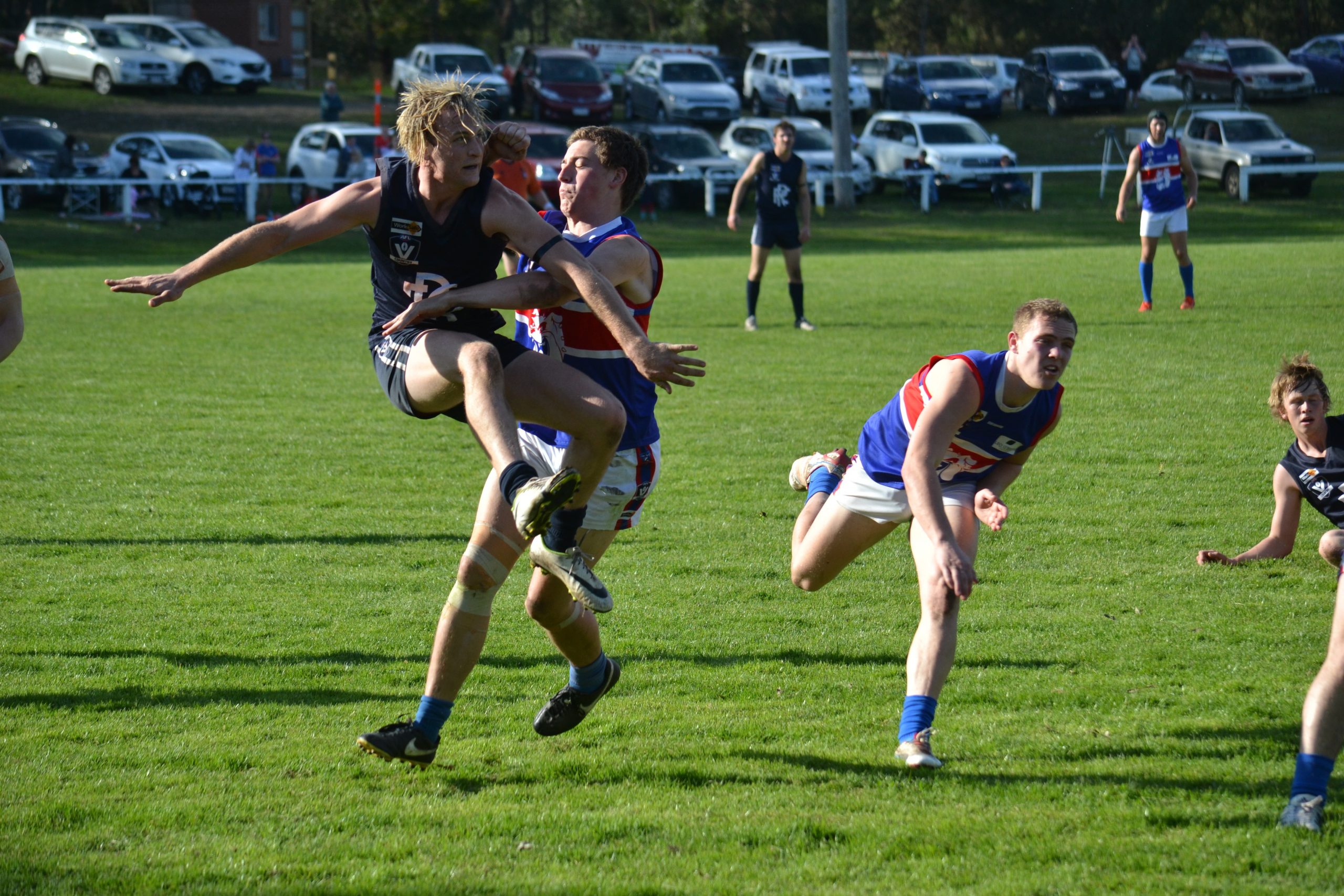 RELATED: Roos bound into the big one

The Bulldogs’ victory in the first semi-final on Sunday at Woodside barrelled the Blues out of premiership contention in straight sets.

Looking sharp from the outset, City was quick to place the Blues on the back foot.

The Bulldogs held the Blues to just three goals for the first half, while kicking 12 of their own, however they were suitably matched in the second half.

The Bulldogs’ seven-goal to one second term, led by forward Jake Schuback and coach Hayden Burgiel, put the fourth-placed finishers in charge, eventually winning 17.10 (112) to 9.15 (69).

Schuback added to last week’s match total of eight with a further seven, Burgiel booted six with Mitch Bennett chipping in with two as City advanced to a preliminary final against Churchill.

Midfielder Byron Shingles was instrumental, Beau Bennett and Jake Evans ran rings around the opposition, amassing possessions, while Matt Lutze was a key figure in the ruck or setting up play in the forward line.

Best-on-ground Burgiel was outstanding, generating a contest and deflecting the attention in front of goal from Schuback, who found himself tagged teamed by two, three or four opponents at any one time.

Jake Milham set up run off half-back as he shut down his various opponents, and worked hard with Shay Ferguson and Ben Chivers, part of a impenetrable back line which held the Blues danger forwards Jeremy Reid and Brad Scott to a mere four majors between them.

The Bulldogs dominated the centre clearance count, as they drilled the ball direct into their potent forward line.

Rosedale’s defence of Jed Hickey, Justin Smith, Scott Johnstone and Ryan Carpenter felt the effects of the Bulldogs’ quick delivery into their attacking 50 from the opening bounce. The Blues back six worked hard to contain the onslaught, which saw the Bulldogs capitalise on the Blues inability to cope with the immense pressure being pressed on them.

Down by nine goals at half-time, the Blues needed to dig deep and begin the third term on the front foot.

But it was the Bulldogs who did just that, carrying on from where they left off in the first half with Schuback adding another goal. While the second half was more even on the scoreboard it was the Blues inability to run with their opponent in a whitewash second term which cost them their chances of advancing to a second straight preliminary final.

Rosedale was well-served by Luke Stuckey, who worked hard to create something often out of nothing, Rohan Diamond and brother Adam were tireless contributors, defender Johnstone never dropped his head and Dale Fleming worked hard to claim bragging rights against his various opponents.