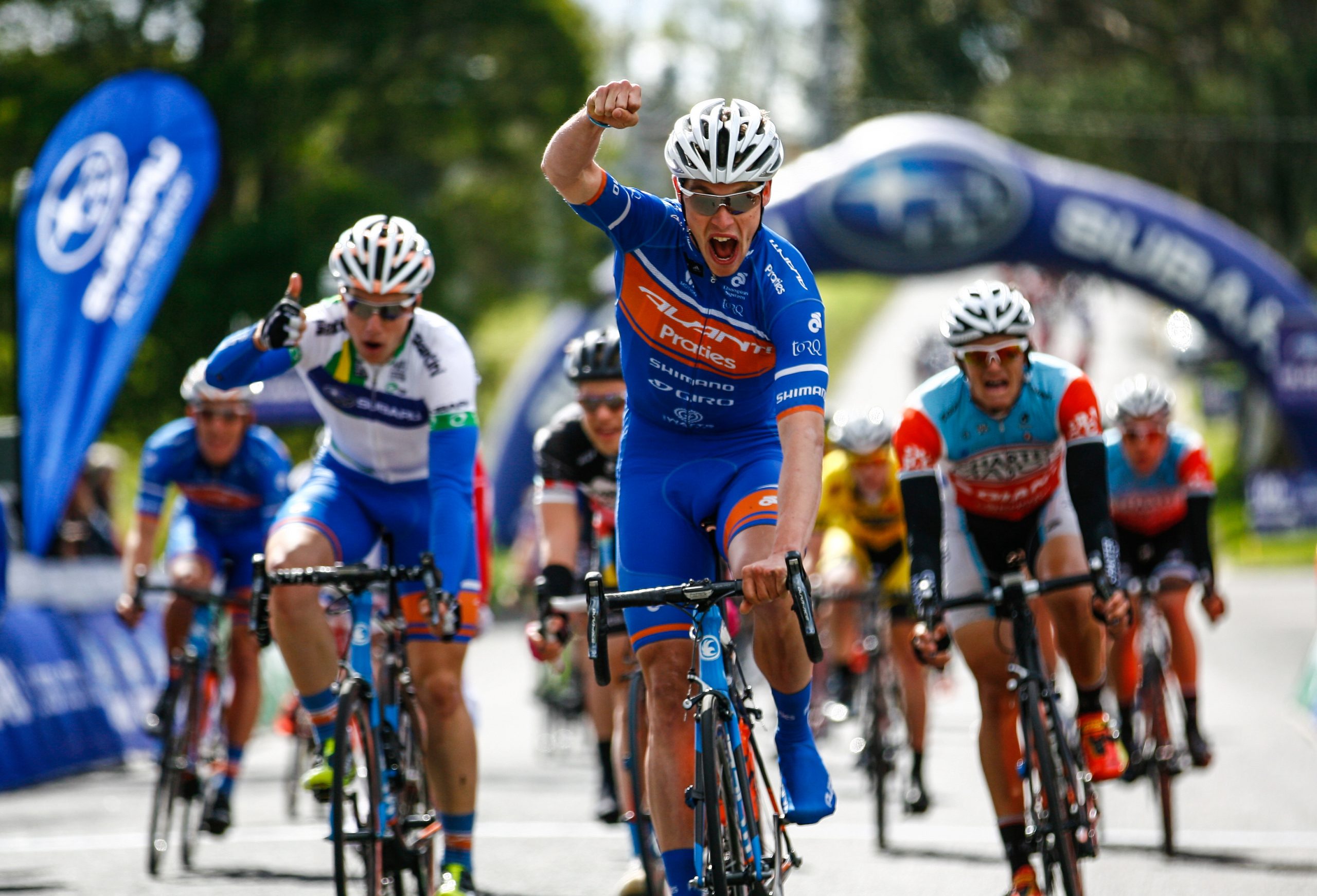 Law took out the 91 kilometre road race in Warragul ahead of teammate and home town hero Brenton Jones, while Queensland’s Jacob Restall held on for third place after being part of a late breakaway.

“To come away with the win is unbelievable actually,” said Law.

“We only just caught the break going into the last corner.

“I had Brenton on my wheel but once we came around the corner and I saw 200 metre to go sign, I had to sprint from there and we crossed the line first and second which was good,” said the reigning scratch race national champion.

Law’s victory puts him into the tour’s yellow leaders jersey by one second to Jones, who picked up bonus seconds during the race’s intermediate sprint and king of the mountain.

“He’s been supporting me all year and helping me win races so to see him on top is great. It was a great performance in my home town, it would have been nice to win but to see Scott get up is great.”

The Tour of Gippsland, the seventh event in the National Road Series, continues on Thursday with a 115km road race from Leongatha to Yinnar.

On Friday, the tour will head to Sale for a morning criterium before the afternoon’s road race from Sale to Port Albert.

There will be road race from Paynesville to Metung on Saturday before the tour concludes on Sunday with a criterium in Traralgon.