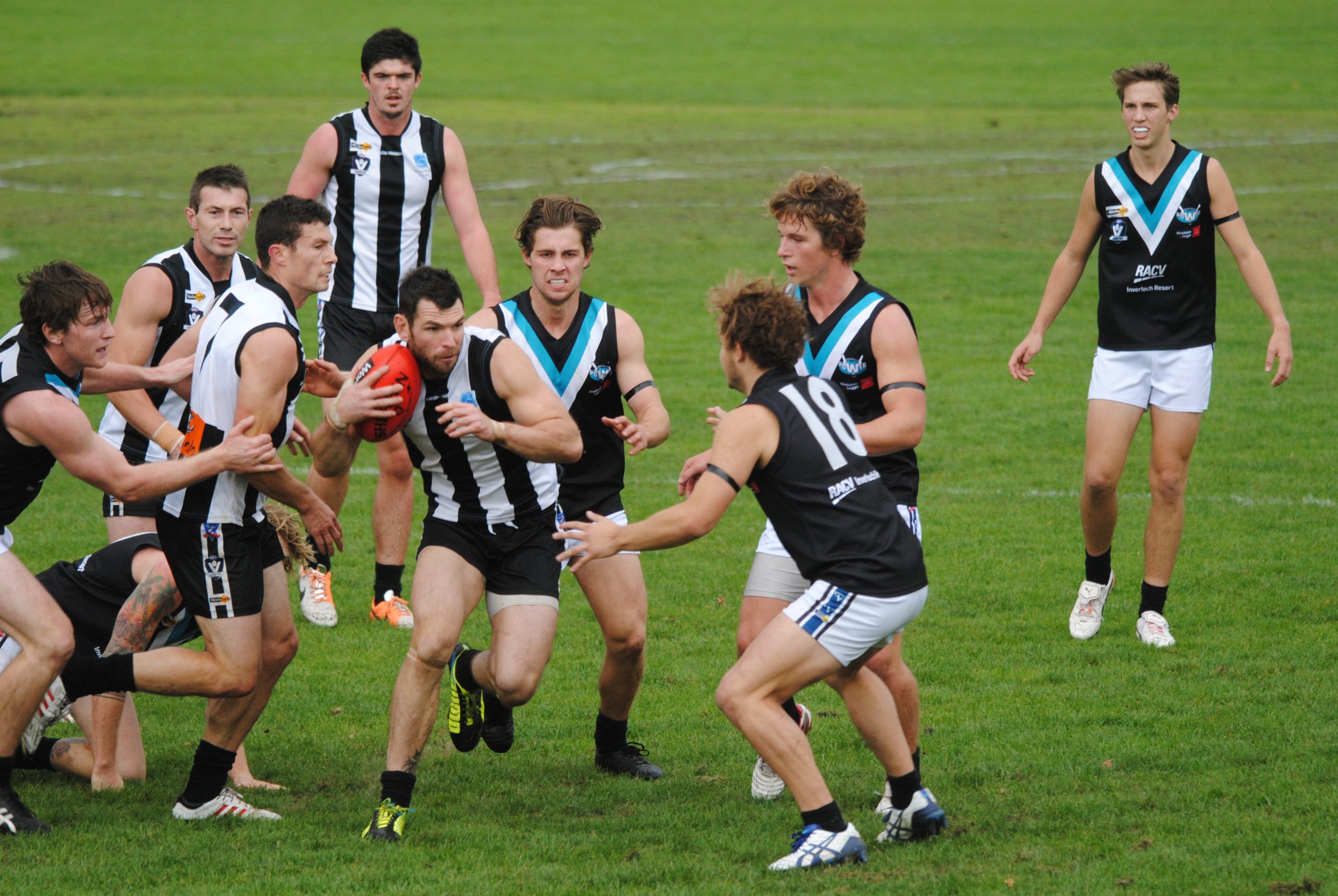 Victory at Moe over Wonthaggi would advance the Magpies to the grand final against Morwell, what would be seen as a pass mark considering the season they’ve had. A defeat would have their 2014 campaign viewed as a failure.

Sale will be looking to avoid losing consecutive matches for the first time since the 2011 finals.

The Magpies will need a four-quarter performance, something they couldn’t do in the second semi-final against Morwell.

The Magpies should take heart from their strong showing the third term.

Trailing by 29 points at half-time, the Magpies kicked six unanswered goals in the third term to lead by five points at the final change. However, the Magpies fell away, failing to score again as the Tigers won by 20 points.

With Jason Gram unlikely to return to the field this year because of injury, the Magpies will welcome the likely inclusion of onballer Luke Collins.

While Sale has won the past nine matches between the sides, the Power does match up well against the Magpies, particularly in the midfield and may also has a slight advantage in height.

Sale has won its only three finals meetings against Wonthaggi by comfortable margins. Two weeks ago, the Magpies won the qualifying final by 43 points.

The margin in the qualifying final was in stark contrast to the five and onepoint victories Sale has had over the Power during the home-and-away season. In each of the Magpies’ three victories over Wonthaggi this season, the Power six goals.

The Power rebounded from its loss to Sale with a 41-point win over Maffra in the first semi-final last Sunday.

The Power was able to suffocate the Eagles, despite its opponent having more of the ball in the second half. It could be looking to replicate this against a Sale line-up that is able to turn defence in attack quickly.

MAFFRA awaits the winner of the reserves preliminary final between Wonthaggi and Traralgon.

Two weeks ago, the Power only defeated the Maroons by one point.

In the under 18s, Maffra and Sale will meet for the right to meet Traralgon in the grand final. In the qualifying final, the Eagles defeated the Magpies by one point.

Maffra and Sale will also meet in the under 16s. The winner will play Moe in the grand final.