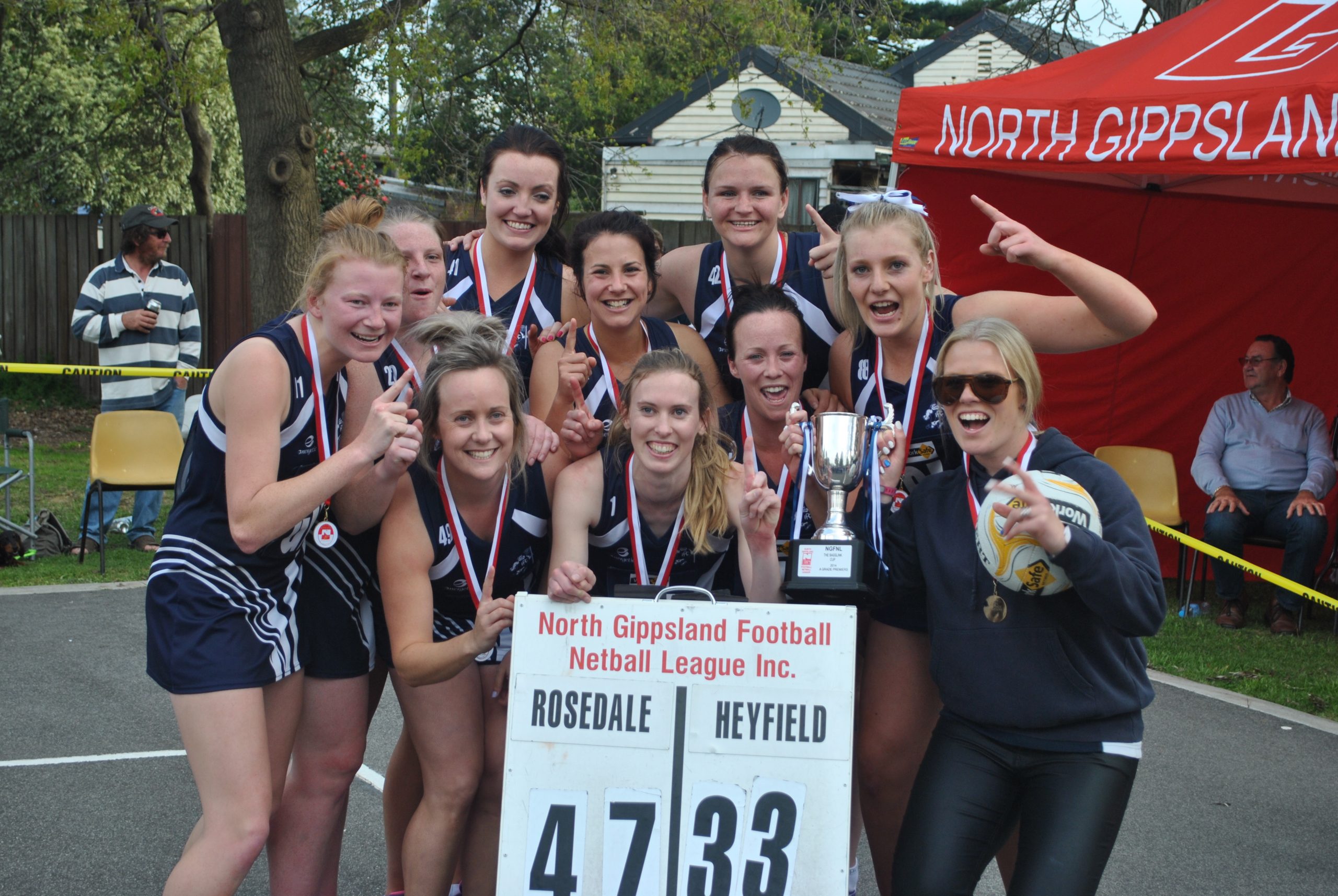 A BEST-on-court performance by defender Bron Tebb capped off a near faultless season by the three-time North Gippsland netball best-and-fairest, steering Rosedale to a comprehensive 14-goal victory over Heyfield in the grand final.

Settled and composed, the Blues were too strong for the Kangaroos, who made changes to their on court line-up in order to negate Rosedale’s impact.

With their attack of Lorelle Lowe, Ella Bertacchini and Jess Mayne all holding strong in front of goal, the Blues shot away to win 47-33.

TRARALGON-Tyers United sealed its first B grade premiership in nine seasons with a seven-goal victory over Woodside, which battled its way to the big dance after finishing the season in fourth position. TTU’s Eunice Thorburn was named best-on-court.

TRAVELLING through the season undefeated and aiming to seal its second successive C grade premiership, Gormandale was halted in its tracks by a determined TTU, which looked the goods early and continued on to the final whistle to win 46-35.

JESS Drava was named best-on-court in Glengarry’s 33-28 victory over Churchill in D grade netball. The Magpies won the premiership from fourth position.

SALE City claimed back-to-back under 17 titles under coach Jae Schuback with a 46-32 goal victory over Yarram.

The City girls proved too strong in a solid four-quarter effort with Sarah Gardiner named best-on-court.