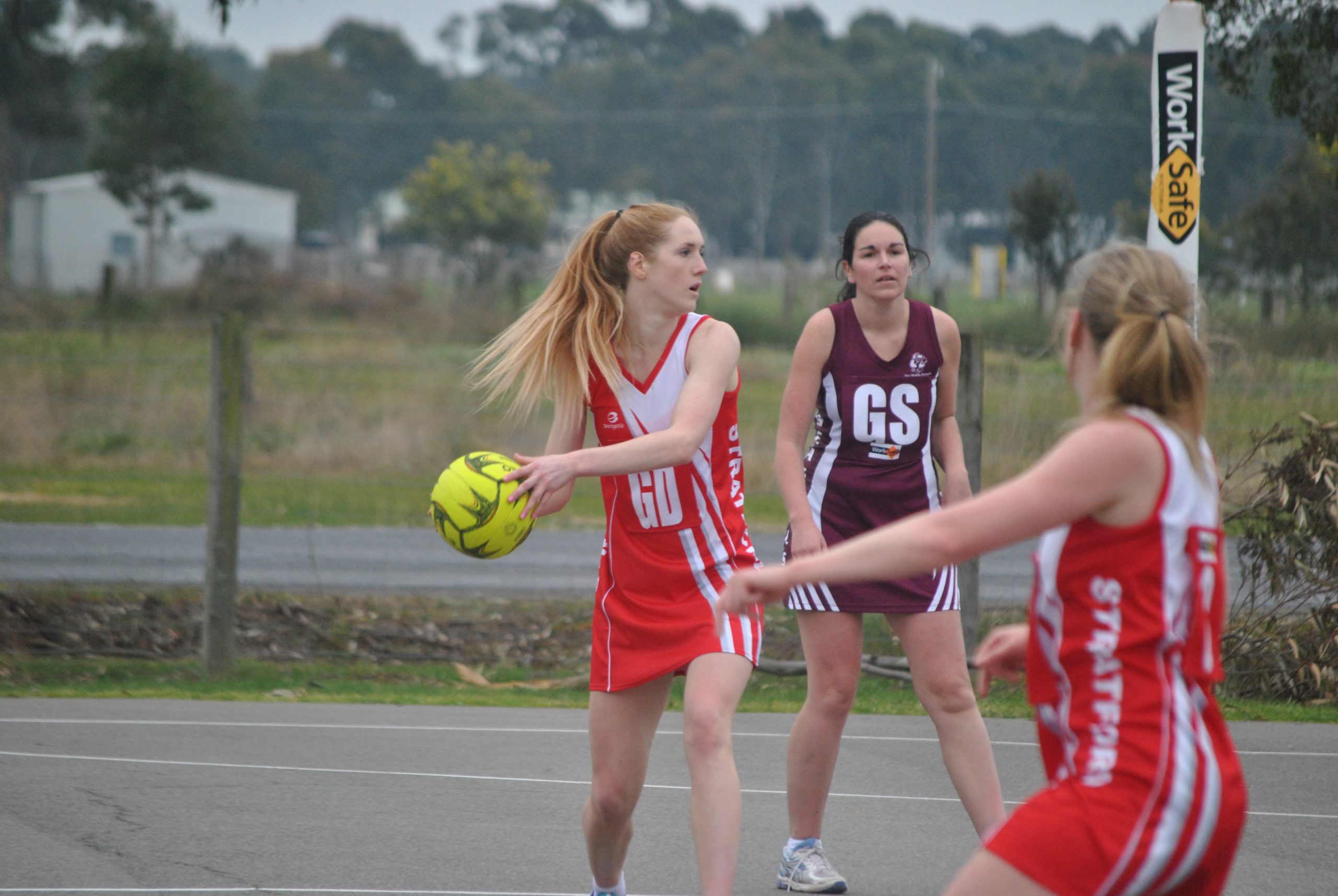 STRATFORD has a genuine chance of making a clean sweep of the five East Gippsland netball premierships on Saturday.

All five of the Swans’ sides finished the home-and-away season on top of their respective ladders.

Bidding for back-to-back premierships, the A grade side will take on Lindenow.

The Swans went through the season with an almost unblemished record, a draw against Lindenow in round 16 the only time they didn’t get the four points.

The Swans have won the other three meetings against the Cats, including a 58-37 victory in the second semi-final two weeks ago.

Saturday’s match will feature the top two players in this season’s best-and-fairest, with winner Simone Turner a key in the Swans’ defence, while Bronwyn Evans backed up in 2014 for the Cats after sharing last season’s award.

IN B grade, Stratford will play Lakes Entrance.

The Swans had to qualify for the grand final via the preliminary final after the Seagulls won the second semi-final in extra time.

League best-and-fairest Merewalesi Pritchett will be looking to cap off a successful individual season with a Swans premiership.

STRATFORD will be looking to complete an unbeaten season in C grade with victory over Orbost-Snowy Rovers.

Breanna Kerton will be a key player for the Swans, she was runner-up in the league best-and-fairest behind Orbost-Snowy Rovers’ Karina Robinson.

IN C grade reserve, Stratford will face Wy Yung, which upset Lucknow last weekend to advance to the grand final.

STRATFORD and Wy Yung will also clash in the D grade grand final. Just four points separated the sides after the home-and-away season.