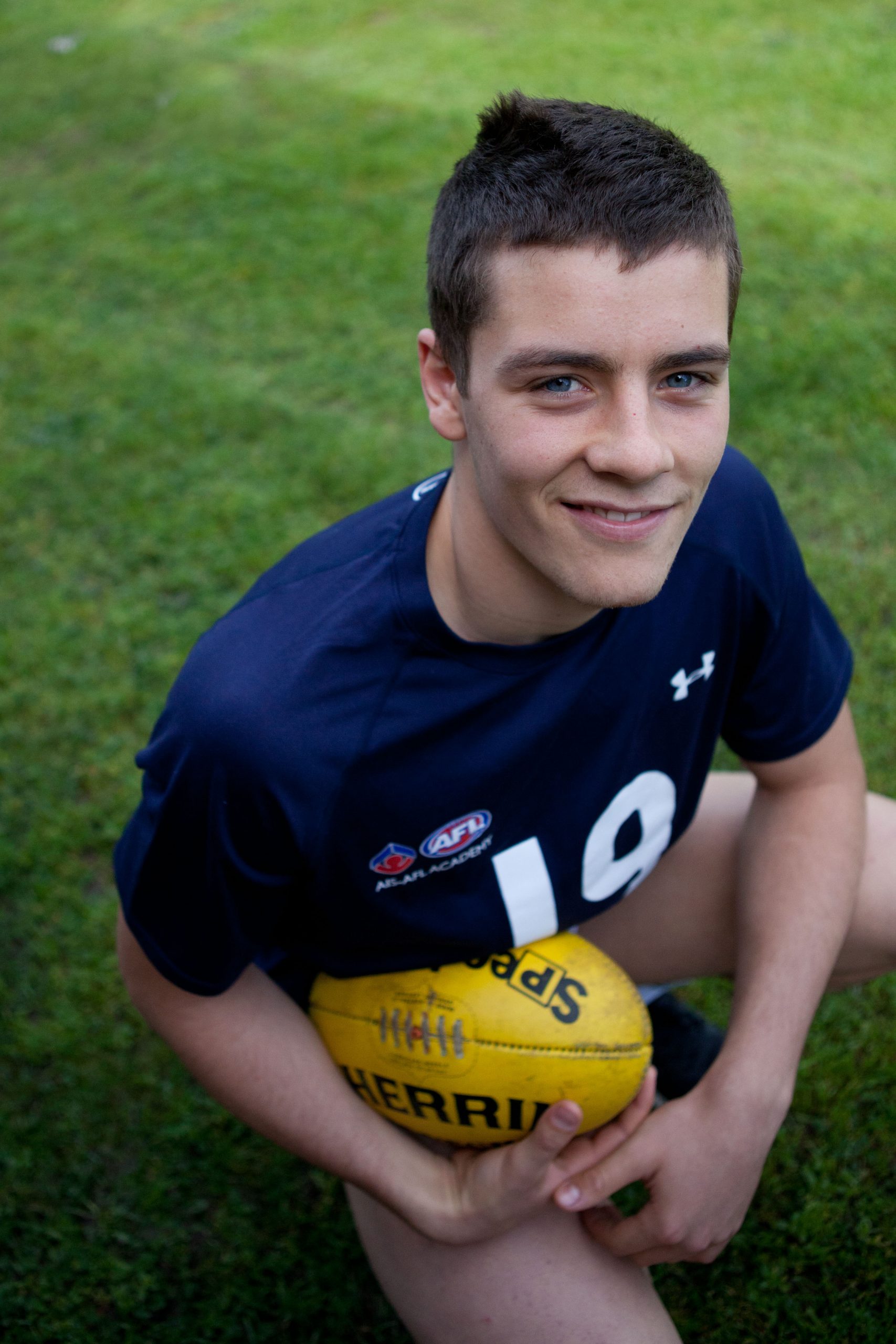 JOSH Dunkley is an up and coming football superstar, there is no doubt about it.

The Gippsland Grammar year 12 student has been selected in the level two AFL Academy squad.

He will receive an AFL scholarship for the rest of 2014 and 2015, and with it comes a vigorous training schedule, but also the opportunity to pull on the boots to play in a game on the MCG before the AFL grand final on Saturday.

The curtain raiser will pit the academy squad against a side of prospects for this year’s draft from New South Wales, Australian Capital Territory, Northern Territory, Queensland and Tasmania.

Josh is the son of Lisa and Andrew Dunkley, of Yarram, and he certainly seems to be following in the footsteps of his father, who played 217 AFL games for Sydney.

The talented midfielder, who played this season with Gippsland Power, returned to Sale Football-Netball Club to finish off the season and contest the finals series.

As one of 35 players in the national squad Josh will travel to the United States in January for an intensive three-week training camp.

A year of playing and enjoying “work experience” sessions at different AFL clubs as part of the scholarship will put the rising star in good stead for the 2015 AFL draft.

It is his dream play AFL.