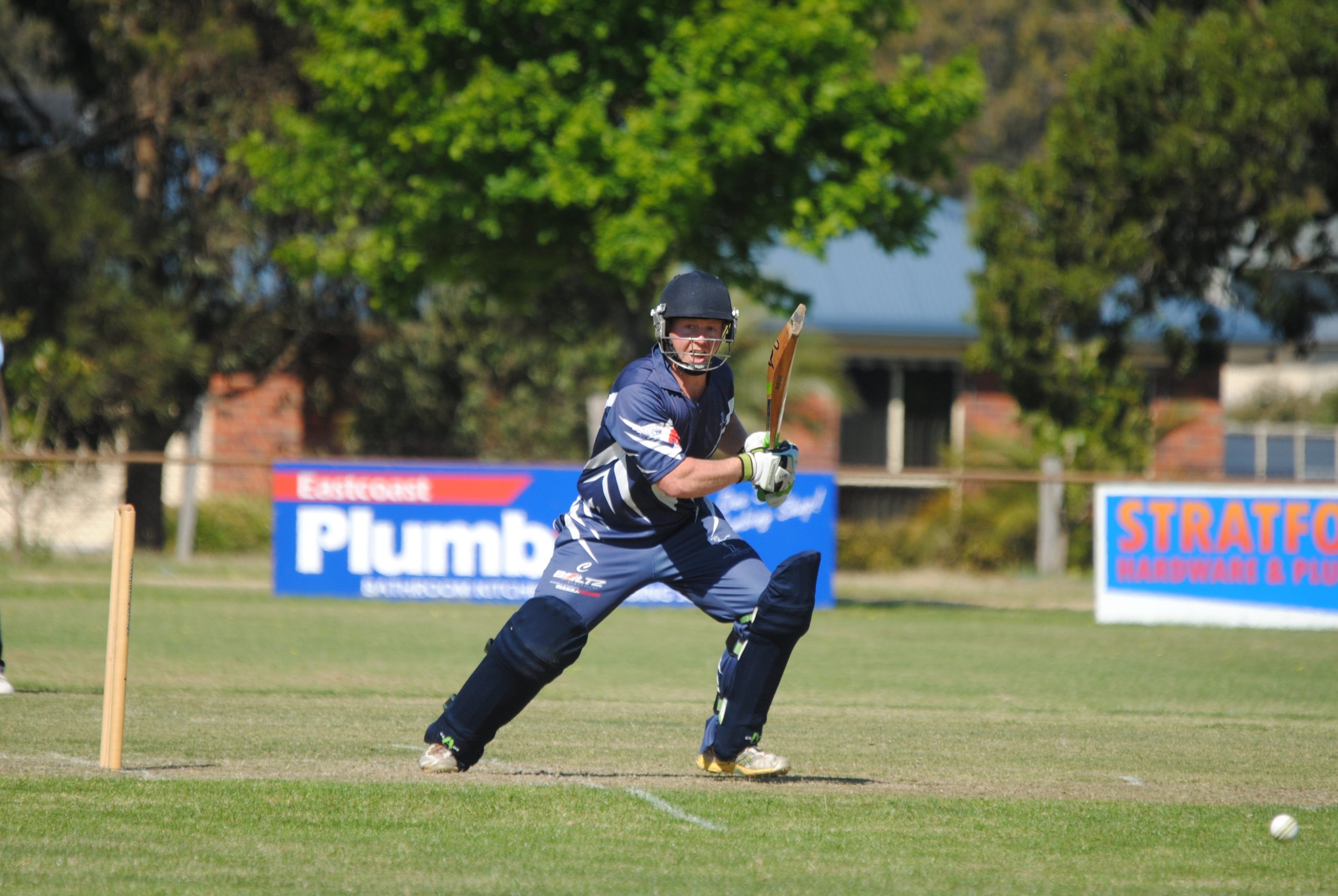 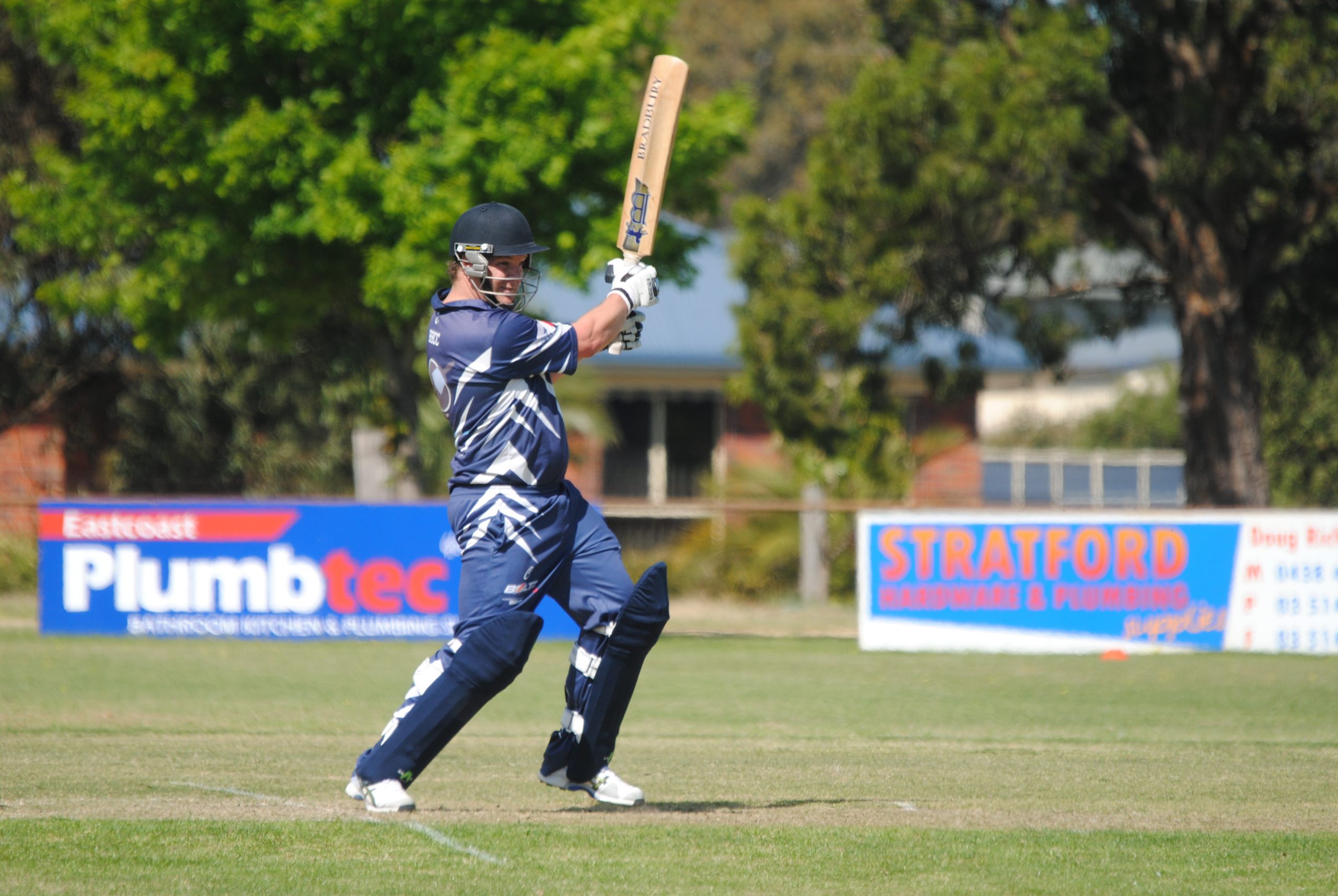 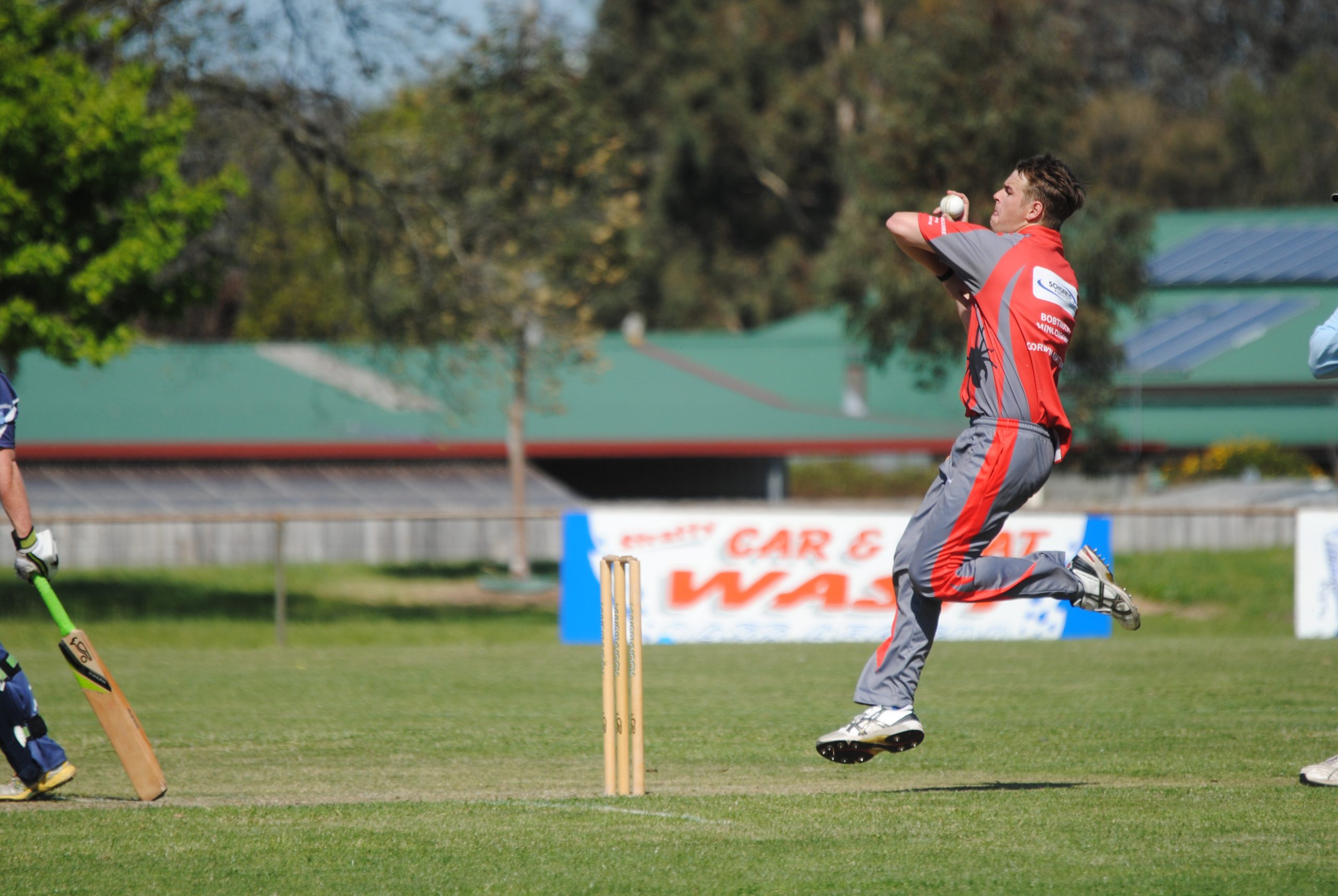 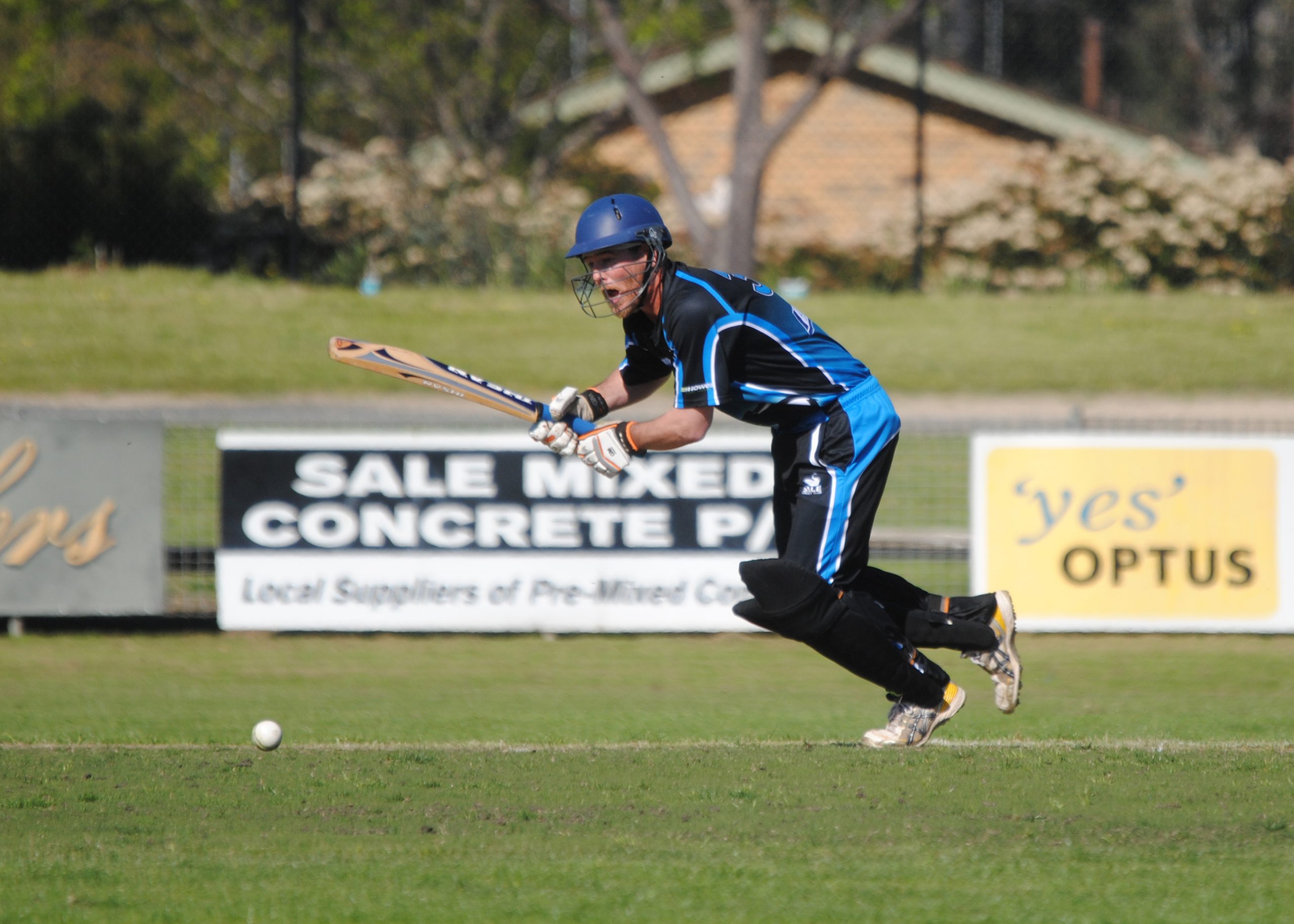 Michael Roberts, Steve Noble and Toby Leeds helped set-up a big score for the Saints before English import James Gaul did the job with the ball, taking 6-15.

Roberts and Noble got the Saints off to the best possible start in an opening partnership of 108, Roberts falling to spinner Jack Rietschel just short of a half-century.

Noble reached his half-century but fell soon after, caught by Nathan Thomas off the bowling of Jack Tatterson.

With plenty of overs left, Toby Leeds found support from Daniel Cameron, Heath Shingles and captain Dylan Bolton to take the score beyond 200. Leeds fell just short of his half-century, picking out Jack Tatterson from the bowling of Redbacks captain Travis Millar, who took two wickets.

Chasing 220 to win, the Redbacks were put on the back foot early with a fine spell from Gaul, who bowled his eight overs out up front claiming 6-15 to kill the contest.

Liam Hurst was expensive early, but picked up the valuable wicket of Cormack Hassett, while Bolton chipped in with a wicket of his own.

Sam Anstee and Jack Tatterson were the only Redback batsmen to reach double figures.

Louis Howard wrapped up the innings, with Stratford bowled out after 17 overs for 59.

In the round one matches, Rosedale-Kilmany defeated Maffra, Sale was too strong for Collegians, and Bundalaguah had a win over Sale City.

SALE had no passengers in comfortably accounting for a young Collegians side.

Early wickets from Ned Hurley and Elliott Cafferkey had Collegians in the game, but Mitch Evans, Ian Wrigglesworth and James Dyer all got starts to help Sale to the competitive total of 184.

Cafferkey led the way with the ball for Collegians with 4-27, while Kerrod Macgregor-Davies picked up three valuable middle order wickets.

Each Sale bowler contributed to the cause to bowl Collegians out for 73 in reply. Each bowler claimed a wicket, with Dyer, Tom Wicks and Matt Raidal leading the charge with two wickets each.

Matt Foster showed some resistance with 16, but couldn’t find support.

Warriors captain Brad Scott led the way with an unbeaten half century to guide his side to a competitive 4-146. He had good support from Leigh Freshwater and Rohan Diamond.

Nathan Magnuson proved difficult to get away, finishing with 1-4 from his eight overs, while Josh Davis, Josh Rurawhe and Kris Armistead chipped in with a wicket each.

Scott picked up the important wicket of Brett Lanigan early and the Eagles chase never really got going from there, falling to 4-33. Davis led the fightback with 37, but wickets fell at regular intervals with the Eagles bowled out for 108.

Hayden Glover finished pick of the bowlers with 2-8 from eight overs, while Diamond, Isaac Love and Scott chipped in with two wickets each.

BUNDALAGUAH got the opening win it was searching for, comfortably accounting for Sale City.

The Lizards were competitive early, Lachie Floyd getting the early breakthrough to remove Nathan Proctor. Dean Thatcher was next to go, edging through to David Pachl off the bowling of Trevor Williams.

When Andrew Tyson took a good catch off the bowling of Mitch Bennett to dismiss Ben Saxon soon after, the Lizards had Bundalaguah 3-34.

Nathan Massey led the middle order fightback with an unbeaten half-century, finding support from Matt Dowsett and Stuart Curtis to help Bundalaguah to the competitive total of 6-179.

Curtis and Dowsett each picked up three wickets to finish with a good double, while Dylan Rowley, Ray Massey, Karl High and Trevor Wrigglesworth were the other wicket takers.

Bundalaguah decided to bat the remaining nine overs, Saxon finishing unbeaten on 26 in the total of 3-60.