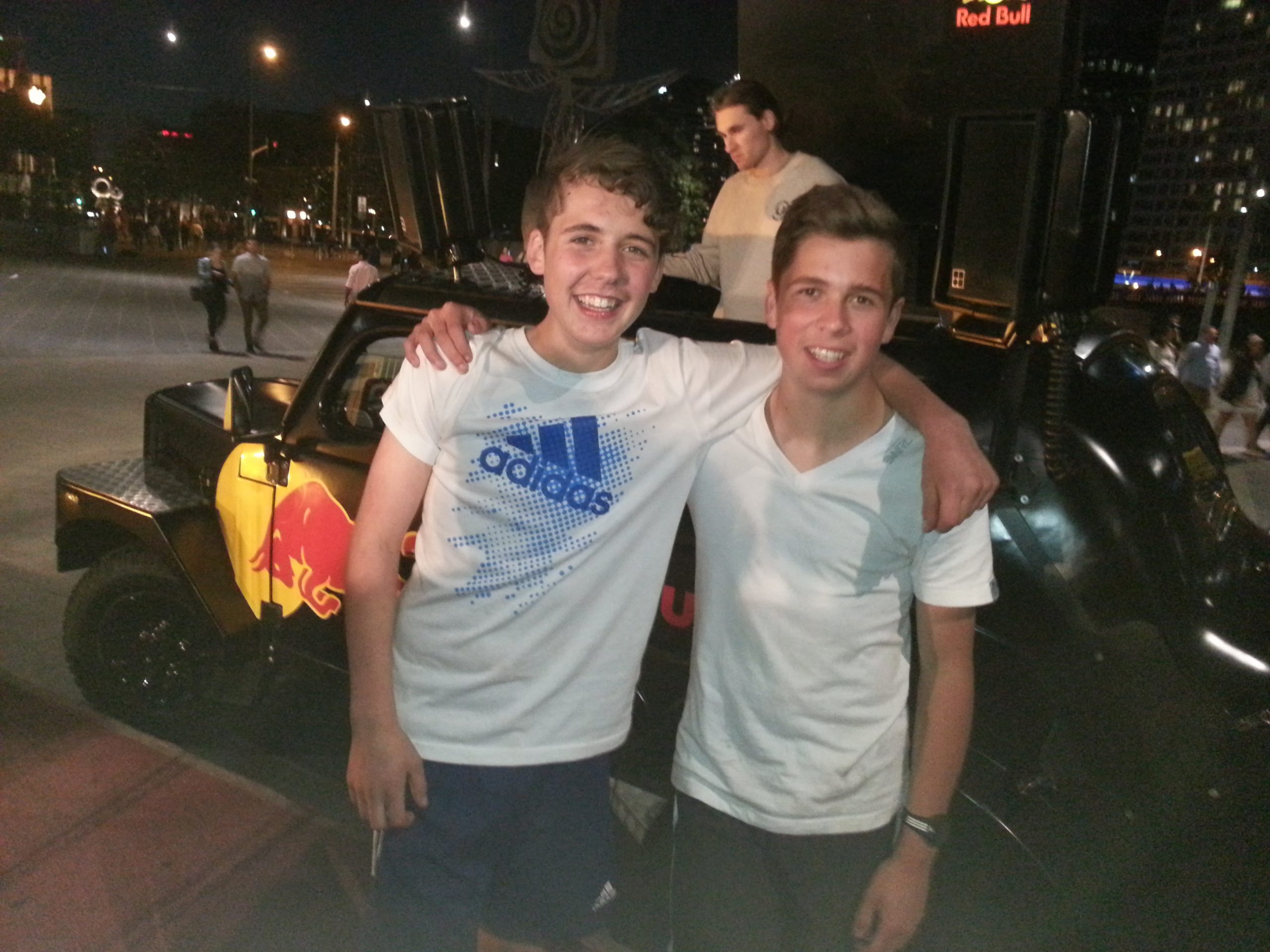 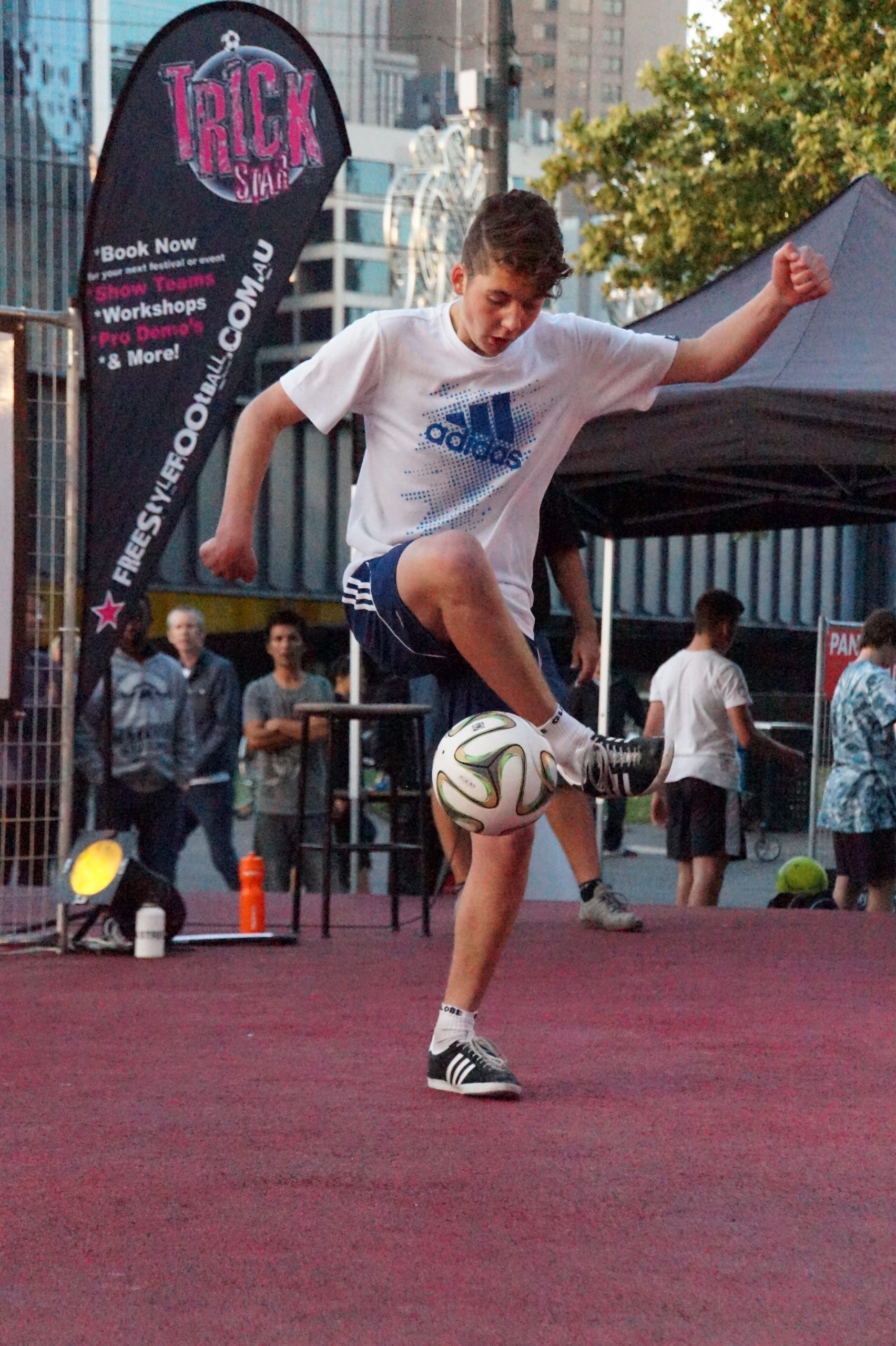 FREESTYLE football is a major exhibition sport across the globe, with a mix of soccer skills, acrobatics and performance, and is slowly making its way to the Oceania region.

Being dominated by experienced contenders living in Sydney and New Zealand, the Oceania championships, is in its third year, was held in Queens Bridge Square in Melbourne on October 11.

It was 15-year-old Stratford boy Zac Roberts’ second time competing in the Oceania championship. After finishing last in a strong field the previous year at only 14, he was out to improve his place.

This year Heyfield’s Josh “Fobby” McGill was the new contender.

Still the two youngest in the open age competition, Zac and Josh headed to Melbourne with excitement.

When asked about Josh’s performance, Oceania Freestyle Football Federation president Paul Harvey said his improvement and commitment had been extraordinary in such a short time.

“He was totally ready for the comp,” Harvey said.

“I first saw him in a comp in Shepparton three months ago and he has blown everyone away tonight with his improvement.”

Having performed his initial demonstration and then being ranked, Josh knew all that commitment would be needed when he drew Canberra’s Daniel Boyle in his first round.

Daniel, having recently returned from touring and performing in Chile, forced Josh to battle hard, but he took out the second of the three rounds battle before being pipped by a controversial decision in the last to end his campaign.

Zac had been there before and wanted to limit mistakes and rank as high as possible. Finishing fourth after the rankings and skipping the first round, he was confident.

In the second round he drew another newcomer to the competition Dylan Stipak and went into battle hard only to have met his match early.

Dylan was new to competition but an extremely skilled performer who took Zac to a stalemate at the end of the three-round battle.

With the sun setting and a massive crowd gathering, Zac pulled out some risky tricks to take the deciding round and enter the semi-finals and a showdown with world number three Olly Bowman.

Olly is a professional freestyler on the world tour and a mentor to Zac and Josh, but all airs and graces were put aside as Zac came out fighting with a solid first class performance. It was in the final round Olly took charge with some signature acrobatic moves and went on to take the title in a thrilling final from fellow New Zealander Damian Thomson and retain his Oceania crown.

Josh finished the competition in a respectable ninth place having proved his worth to the international competitors and Zac finished as highest ranked Australian in third, having competed against some of the best in the business.

“With such a strong young freestyle and street soccer scene in Gippsland you may soon see a national event being held in Gippsland,” Harvey said.