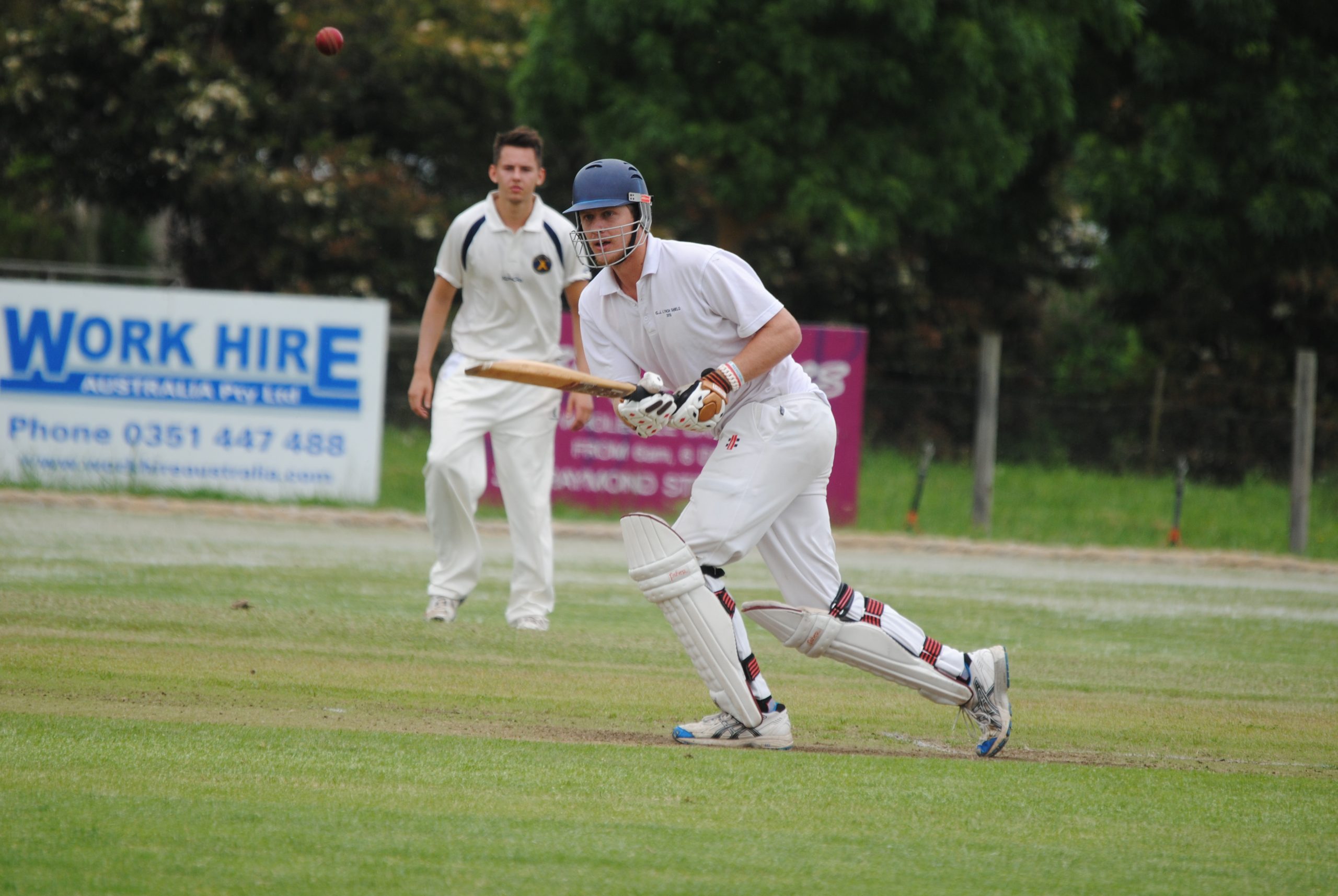 ROSEDALE-Kilmany just fell short in a thrilling conclusion to its match against Sale in round three of Sale-Maffra cricket.

Chasing Sale’s 9/230 declared, Tom Love joined Michael Walters in a final wicket partnership to almost pull off an unlikely victory for the Warriors.

Still with 50 runs to get, Walters and Love combined to edge the Warriors close to the required total before Ben Howes held his nerve, trapping Love in front for 11 to end the 42 run stand.

There was still 23 balls left as the Warriors innings came to a heart-breaking end, with Walters finishing unbeaten on 35.

Earlier, Layton Armstrong ensured Sale got off to a good start, getting through the defence of Chris Whiteoak before backing up with the big wicket of Brad Scott, trapping the Warriors’ skipper for one.

Isaac Love was next to go, edging through to Callum Polo off the bowling of Lucas Mowat.

Holding firm at the top of the order, it took a run out to send Leigh Freshwater on his way as Sale continued to take wickets at regular intervals.

Craig Alcock fell with the score on 80, with father and son Ian and Jack Wrigglesworth combining to send him on his way for 13.

Rohan Diamond found some support from Tim Dessent in a partnership of 43 before Jack Wrigglesworth struck again, the former edging through to Pollo just short of a half century.

Hayden Glover dominated a partnership of 46 with Walters before finding Nico Watt off the bowling of Ben Jones for 40.

When Jones removed Jack Robinson soon after, victory was a long way off for the Warriors, before Walters and Love got agonisingly close to pulling it off.

STRATFORD’S title defence has been dealt a blow, with the Redbacks falling short in their chase against Collegians.

Resuming at 4/98, the Redbacks lost wickets at regular intervals to ultimately fall short of Collegians’ total of 176.

Still with plenty of overs to play, Collegians batted a second time, finishing all out for 188.

Matt Foster top scored with 46, while Nicholls and Jayden Allison also made contributions of note.

While the Redbacks have dropped to seventh, just one win separates it from top of the table Collegians.

BUNDALAGUAH held firm to defeat Boisdale-Briagolong and climb into the top four.

Despite many Boisdale-Briagolong batsmen getting starts, the Saints run chase never really got going, losing wickets at regular intervals to slump to 7/110.

Louis Howard and Jason Phillips combined in a partnership of 47 to get the Saints back on track.

Liam Hurst finished not out on 35 in an unbroken partnership of 44 with Andrew Nicholas.

Karl High, Mark Donald and Adam Cairns shouldered most of the bowling load, but it was their ability to restrict the Saints’ scoring which saw Bundalaguah prevail to the tune of 70 runs.

In reply to Maffra’s 4/329 declared, only Andrew Tyson and Jarryd Floyd showed resistance with the Lizards all out for 93.

Nathan Magnuson kept it tight, conceding just 23 runs from his 18 overs but it was Benfield who cashed in, finishing with 7/40.

With 28 overs to play, Eagles captain Brett Lanigan opted to give some of his batsmen some extra time in the middle.