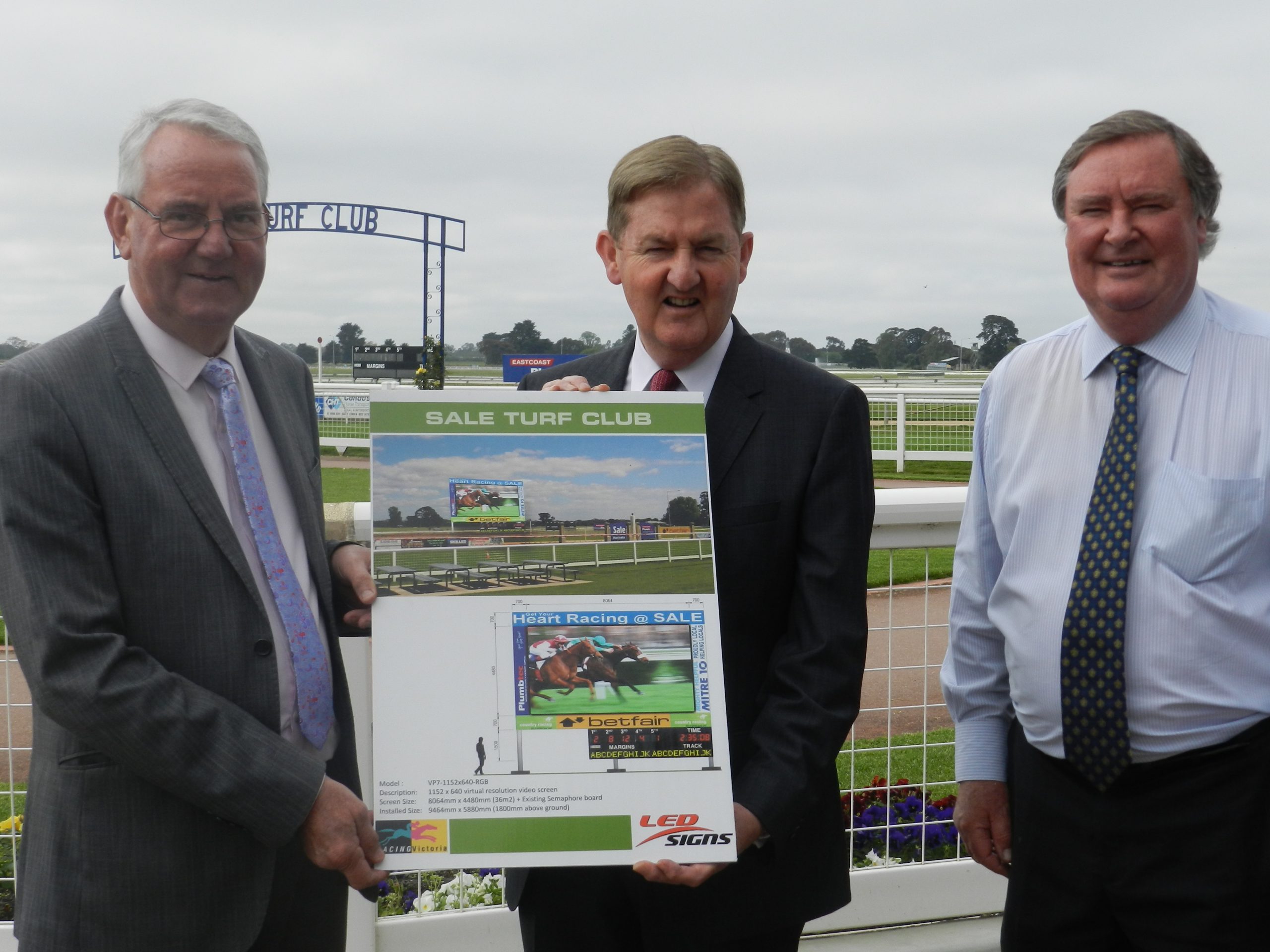 Sale Turf Club chief executive Wayne Pollock said the $218,250 big screen, jointly funded by the state government and racing industry, would be positioned on the straight, 25 metres from the winning post.

“We are lucky because we can get close to our patrons here,” he said.

“It will be visible from the last building on the end.”

Mr Pollock said the screen could also be used for local group fundraisers such as drive-in cinemas, or screen other sporting events such as AFL grand finals and motor racing.