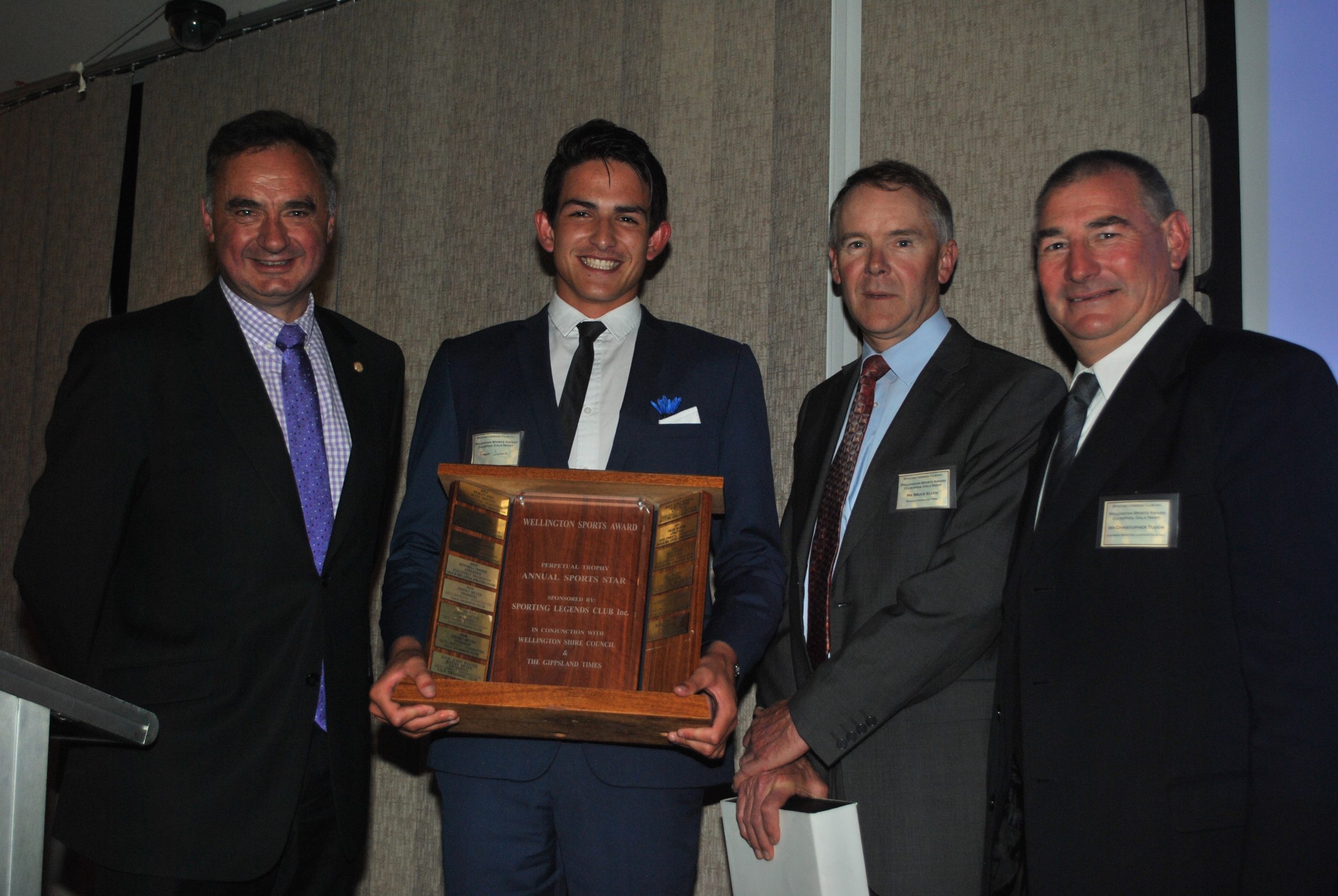 Jones has been recognised for an outstanding year in surf ski, which culminated in an invitation to join the Victorian high performance squad.

Jones took home a gold, silver and two bronze medals at the Victorian state titles, and was a finalist in single ski at the Australian titles in Perth.

Following exams, Jones will turn his attention to another big season with his sights set on the Victorian titles at Ocean Grove, Australian titles in Queensland and a major tournament in Manly on Australia Day.

“I wasn’t expecting this,” Jones said of the award. “It means a lot, I’m lost for words.

“It has been a cracker of a year.

“I’m happy my coach is here to see me (win the award).

“The surf club has been the biggest influence on my life, I’ve been there since I was 13 and don’t know any different,” he said.

Alen, who put in creditable performances at the Victorian and national motocross titles, capped his year representing Australia in the Pinglu International championships in China. He was also chosen to attend the Motorcycling Victoria elite riders training camp.

Josh Dunkley continued to make strides in his football career, representing Victoria Country in the national championships as a bottom age player. Dunkley was also captain of the Australian Institute of Sport team to play in New Zealand, taking home the Cameron Ling medal for best player on and off the field.

Part of the Victorian team to finish runner-up at the national championships and an Australian Netball League player with the Victorian Flames open team, Lara Dunkley has again been selected in the state team trial squad.

Clay target shooter Indi Gladman has placed first in the south-east zone women’s team for the Victorian state titles. Gladman was one of four placed into the Olympic trap Victorian postal team this year.

Levi Sclater had another successful year in golf, finishing the Stuart Appleby rookie series in first place and also winning boys rookie of the year.

Volleyballers Rebecca Ingram and Meg McIntosh represented Victoria in the national championships in Canberra, defeating Queensland in the final.

Coaches Anthony Young and Andrew McIntosh shared the volunteer award, while the school also took out the mayor’s award.

The Sale and Wellington hockey clubs shared the inclusion award for their hockey fives program.

Olympic gold medallist Lydia Lassila concluded the event with an inspiring presentation on goal setting, while sharing insights into her career in aerial ski.

Lassila overcame two bouts of knee surgery to achieve her goal of being the first woman to complete a quadruple twisting somersault.