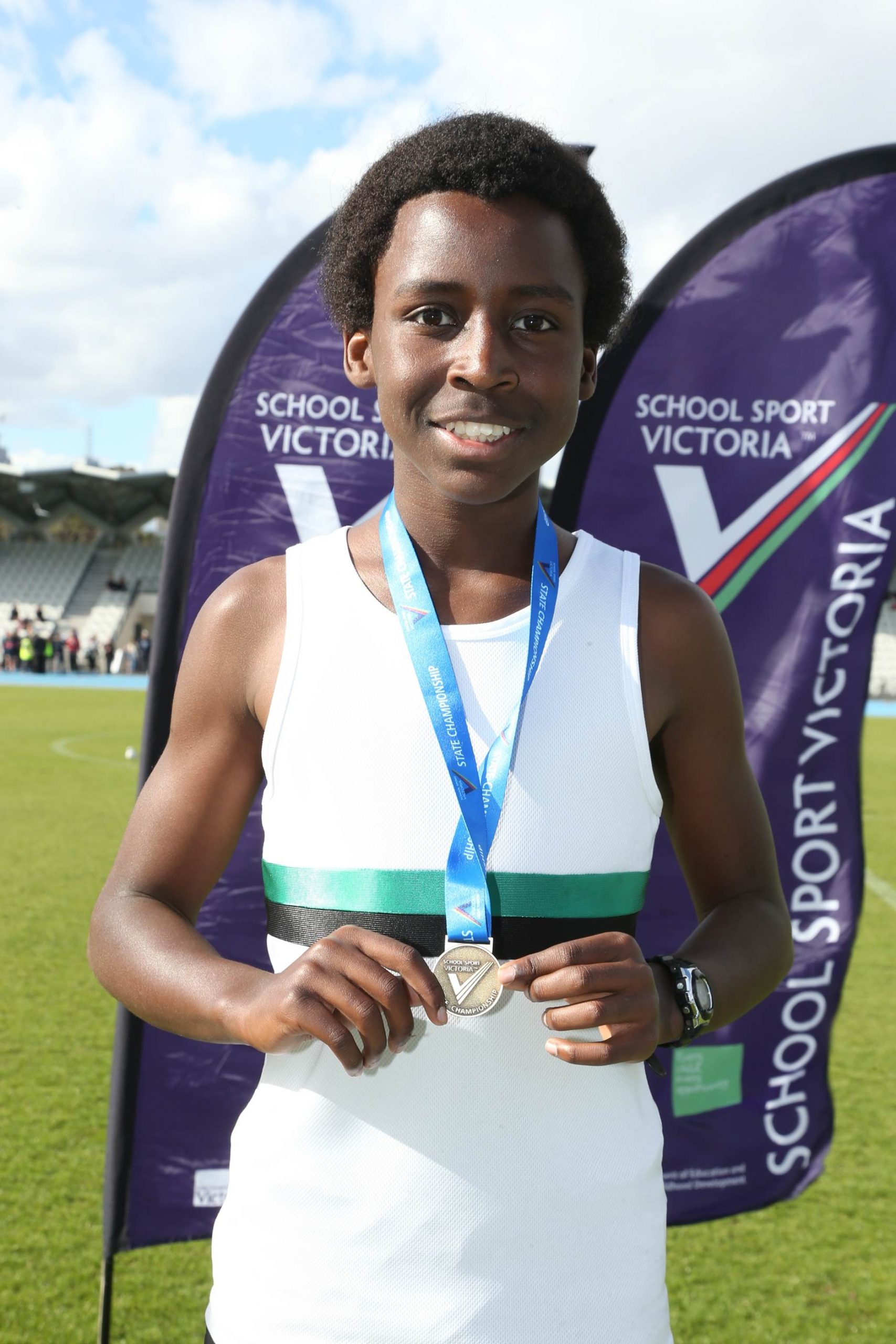 William also competed in the 200m, placing third in the heat and a commendable fifth in the final.

William said he felt euphoric as he was presented with his gold medal.

He has been highly competitive in many areas of sport this year and has achieved good standards in his academic studies as well. In recognition of this, School Sport Victoria presented him an academic and sporting achievement medal.

William said he had trained hard to reach this level.

“I set my goals, stuck to the plan, and on race day I believed in myself,” he said.

“I hope this will inspire many other people.”

“It’s great to see students being the best they can be,” she said.

“William is dedicated to his sport and has great enthusiasm for learning. He deserves the accolades.”