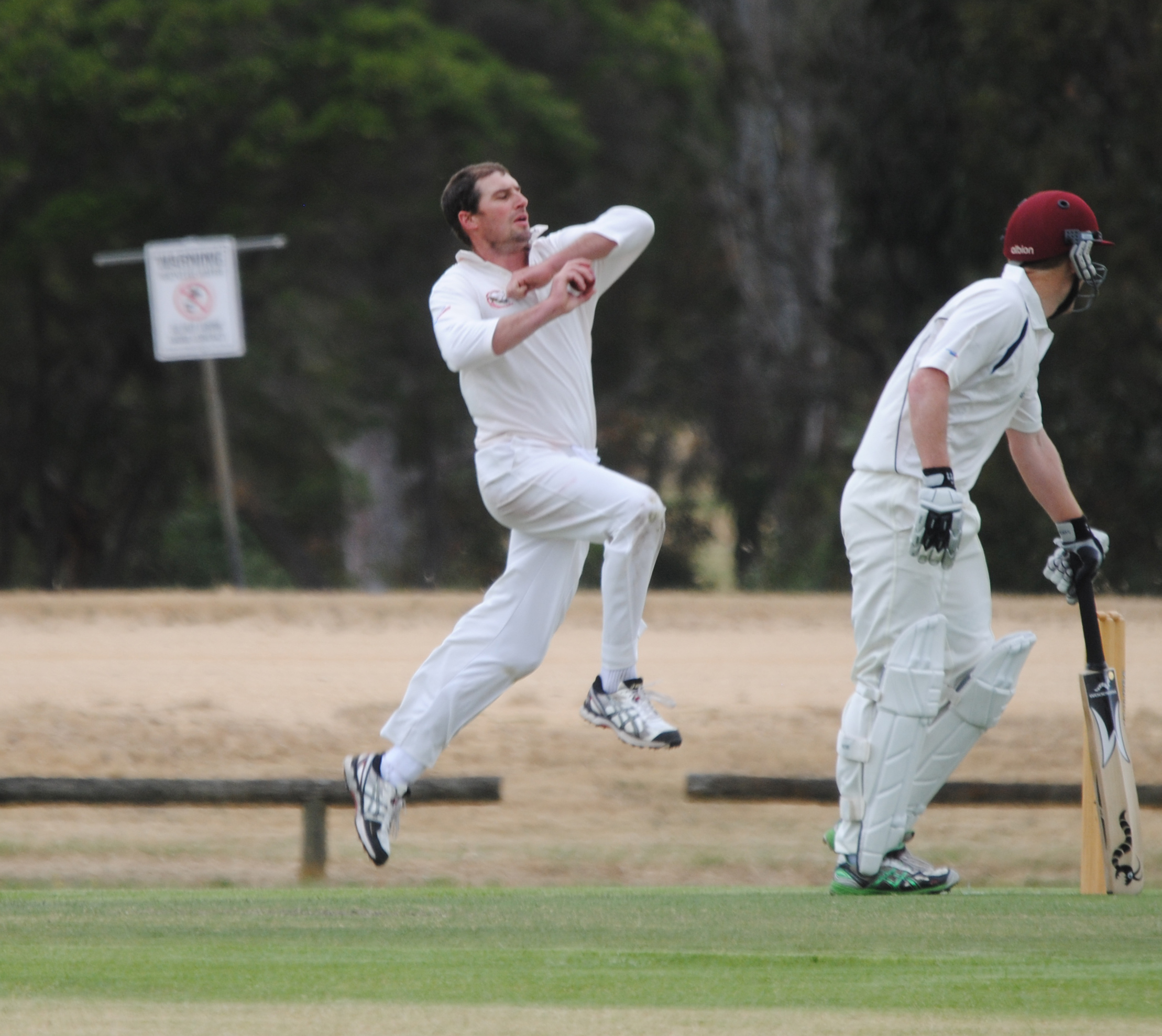 AN unbeaten century from Nathan Massey and three quick wickets to Trevor Wrigglesworth have Bundalaguah well-poised to take victory over Maffra in the Sale-Maffra cricket’s top of the table clash.

After winning the toss and electing to bat, Bundalaguah lost Adam Cairns early, trapped in front by Nathan Magnuson.

Ben Saxon combined with Karl High to steady, with the pair taking the score to 60 before the latter was on his way for 22, Dean Rowley completing the catch from the bowling of Brett Gallatly.

Massey joined Saxon, with the pair adding a further 65 with Saxon falling just after posting a half-century, edging through to Brett Lanigan to give Josh Davis his first wicket.

Massey was proving a problem for the Eagles at the other end, combining with Jason Langshaw then Matt Dowsett to see Bundalaguah past 200. Langshaw and Dowsett managed starts, but both fell to Davis.

Despite Jake Benfield taking his opportunities, Massey did well to protect the lower order. While two late run outs didn’t help the cause, Massey’s unbeaten 142 helped Bundalaguah to the imposing total of 285.

Maffra was faced with a challenging four overs to face before stumps, with the Eagles’ reply getting off to a disastrous start.

Wrigglesworth did the damage for Bundalaguah, finding the edge of Lanigan with Massey accepting the catch to add to his day out.

Rowley followed soon after, with Wrigglesworth getting through his defence, while youngster Ollie Cantwell has experienced the highs and lows of cricket in the space of two weeks.

Helping Maffra to victory over Stratford last week with an unbeaten 22, Cantwell was out on the final ball of the day as the Eagles slumped to 3-5 in reply.