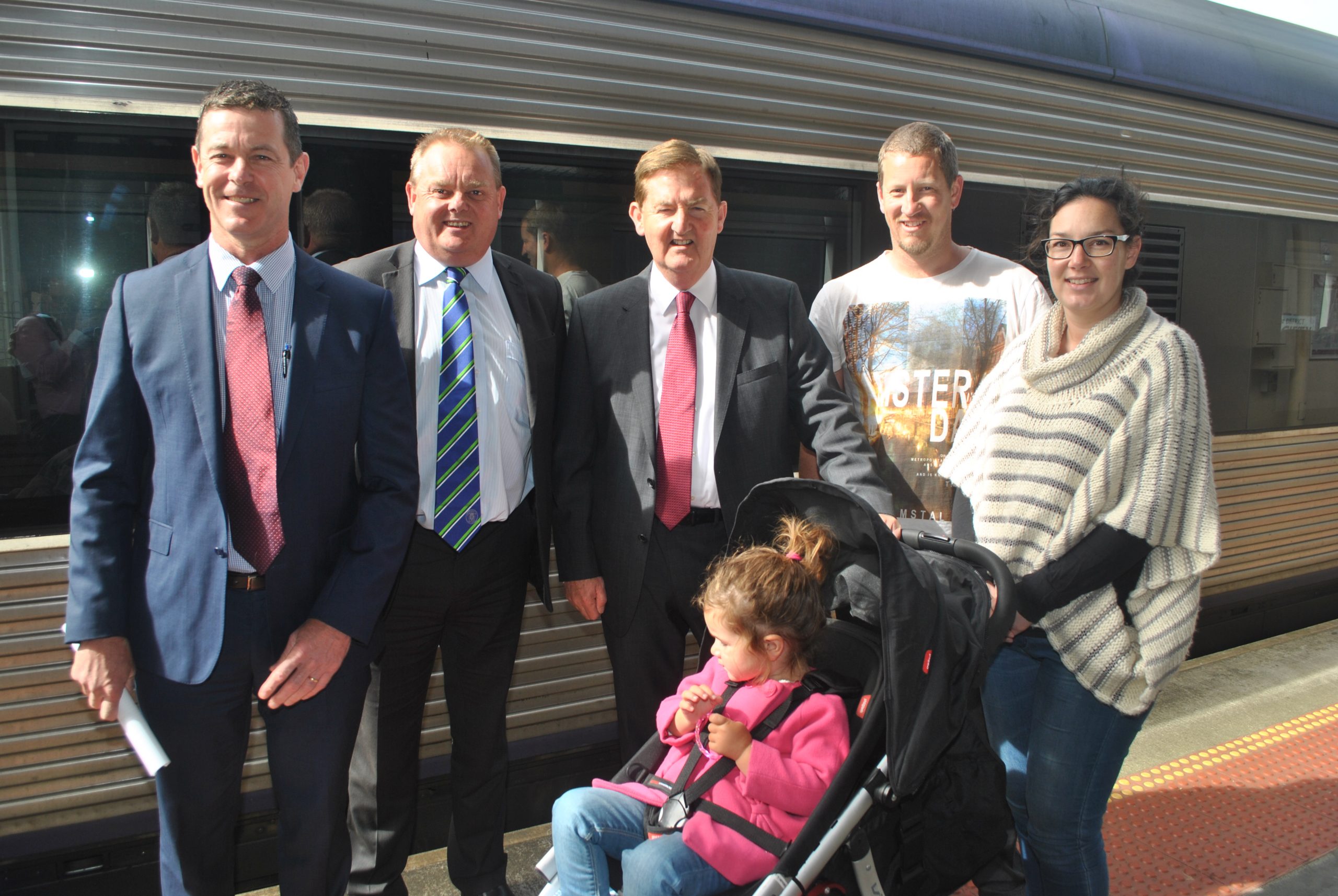 It has promised an extra weekday return train to Melbourne and an additional return service on Sunday.

Committee for Wellington had been advocating for additional services for some time, and welcomed the announcement.

“We are very pleased,” he added. “We have had several conversations with (Deputy Premier and Gippsland South MLA) Peter Ryan and it is pleasing he has listened to our concerns and trying to fix it.

“He constantly said to us it was on the agenda.

“We always knew it was going to be a second term (project) if they got in.

“It’s great they have kept that commitment.”

Mr Ryan said the new services would not be introduced until at least 2016 because infrastructure work needed to be undertaken.

“We are going to build a loop at a section between Bunyip and Longwarry, so we have the track duplicated for some distance of four kilometres,” he said.

“Bunyip and Longwarry stations will each receive a second platform with at least a 20 metre long canopy on each to protect waiting passengers from the elements,” he said.

Traralgon will be the big winner, receiving an additional weekday return service, along with three additional return trains on Saturday and four extra each way on Sundays.

Gippsland East MLA Tim Bull said he was delighted with the extra Sunday service to Bairnsdale.

“This comes on the back of the recent introduction of two additional services,” he said.

“We have buses linking to the sprinter trains here in Traralgon, it has provided five more services in and out of Bairnsdale on weekdays.”

Mr Bull said the additional service on Sunday would enable people working in Melbourne to now be able to arrive in Melbourne on a Sunday afternoon. He also noted connecting bus services had experienced increased patronage.

“It is encouraging that the state government is listening to this need in our community.

“We look forward to being advised of the times of these proposed additional services and to ongoing conversation regarding rail services in Gippsland with whomever forms state government over the coming months.”