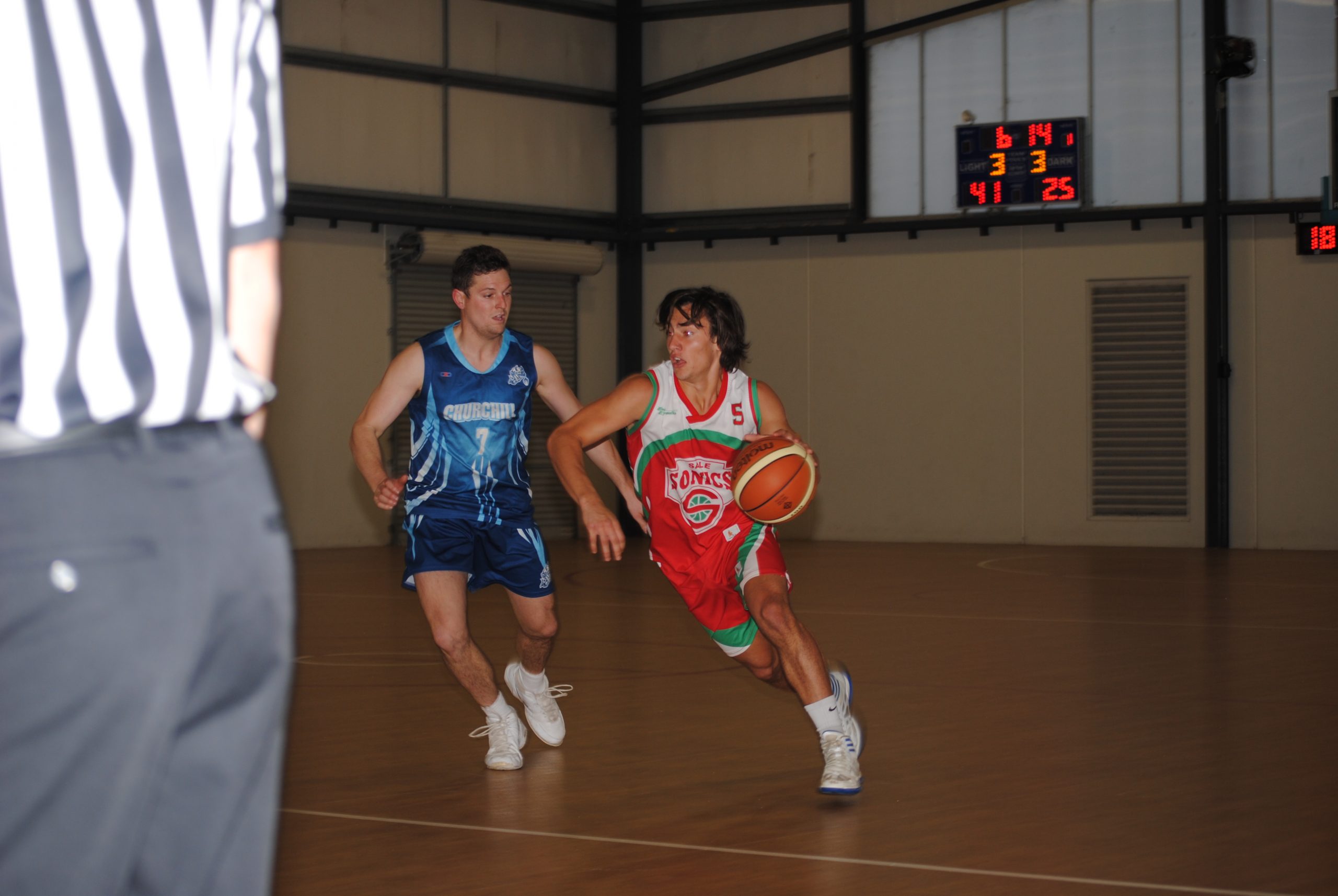 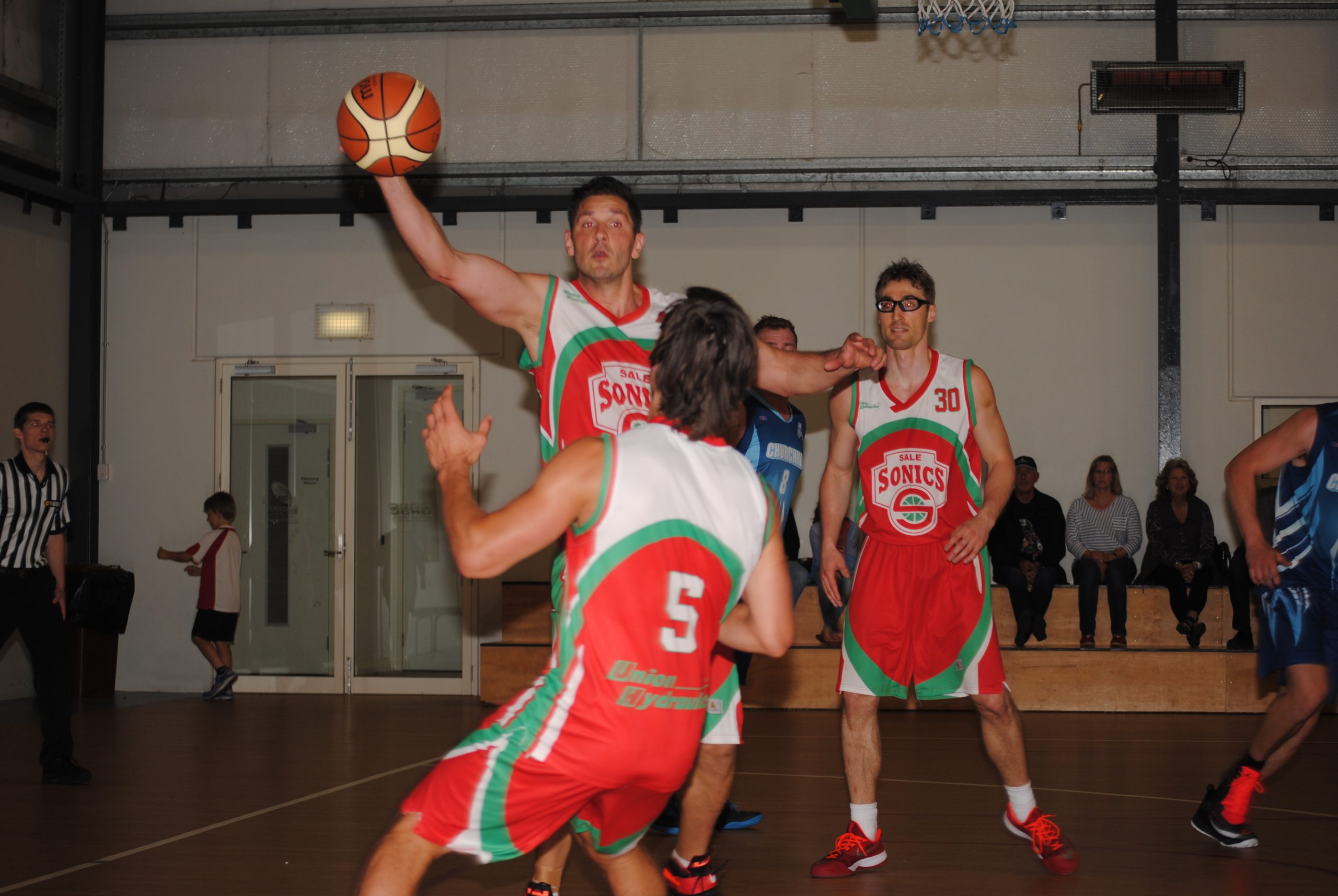 AFTER a two-week break, the Sale Sonics returned to action with a big win over reigning Country Basketball League Gippsland champion Churchill on Saturday night.

The 117-87 victory moved the Sonics past the Blue Devils into fourth position on the ladder with four wins and two losses.

With the Blue Devils being known for their up-tempo, fast running style, Sale was focused on slowing them down on defence, while looking after the ball on offense to limit the champions’ opportunities.

The Sonics got off to a strong start with hot shooting from all five starters, created by quick passing, allowing for open shots. They were also able to make the Blue Devils play a half court game and forced them into taking tough contested shots while controlling the boards to limit the Blue Devils’ second chance opportunities.

The Sonics continued attacking a smaller Churchill team getting it into foul trouble very early and made sure to make the most of their foul shots.

Sale went into the first break with an 11-point lead and maintained their momentum into the second quarter with big man Mem Bektas dominating under the ring.

With Bektas forcing Churchill to commit defenders to him, the lanes opened up for easy lay-ups for Andrew Quirk and Ben Dessent, while guard Billy Hughes made the most of open shots from outside the perimeter.

The Sonics’ bench matched the intensity of the starting five to keep the pressure on the visitors.

A small lapse in the final few minutes allowed the Blue Devils to make some ground on the Sonics before the half but Sale managed to head into the major break with a big 15 point lead, 56-41.

Sale knew Churchill would be looking to get the margin back into single digits as quickly as possible in the third so was focused on getting a fast start to push the lead out beyond 20 points.

Sale was able to get a score within the first 10 seconds of the third quarter with Hughes inbounding to forward Josh Backway who found a cutting Dessent with a touch pass for an easy lay-up.

The Sonics continued the easy scoring throughout the third quarter hitting all their outside shots, while they applied intense pressure to Churchill who struggled to find the bottom of the net.

Late into the quarter, Sale began to overrun a clearly tired Churchill squad as Quirk took advantage on the fast breaks.

Forward Andrew Centra made the most of his limited minutes, bringing high defensive pressure while adding some points on the board.

Quirk finished the third with the highlight play of the night involving a big blocked shot on the defensive end leading to him running the court to receive the pass from Cope and calmly hitting the buzzer beater from the free throw line.

The Sonics managed to extend their lead out to 37 points leading into the final quarter after outscoring Churchill by 22 points in the third.

With the game all but wrapped up, the Sonics rested most of their starters in the fourth term, allowing their bench to continue the good work. Churchill quickly also substituted all their starters out to rest for their game the next day.

Sale managed to hold the Blue Devils at bay until the final buzzer, running out victors 117-87.

With a great team effort, all five starting Sonics players managed to score double figures with Quirk leading the way with 23 followed by Hughes 22, Dessent 21, Bektas 19 and Backway 13. Rob Michaelides and Andrew Petrou were the top scorers for the Blue Devils with 32 and 26 points respectively.

The Sonics will now have another week off before their next game at home against Traralgon on Sunday, November 30.

After a weekend off, the Maffra Eagles women will return to action with a double header at the Cameron Sporting Complex. On Saturday, the Eagles will host Western Port from 6pm then play Korumburra on Sunday from 1pm.