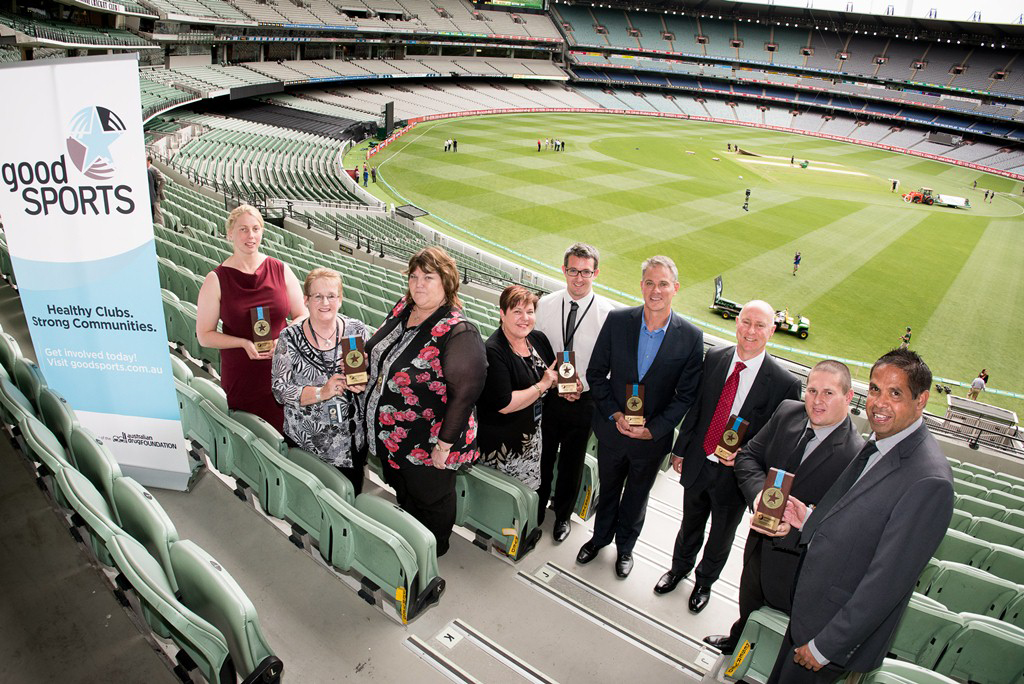 Lowe received the award during a ceremony at the Melbourne Cricket Ground on Thursday, November 20.

Individuals and clubs who excelled in creating a healthier future for grassroots sporting clubs across the country were recognised.

The Australian Drug Foundation’s pioneering Good Sports program works with 6500 clubs nationwide to help them develop healthier and safer environments for their members, and create a better future for the great Australian sports club.

ADF head of community programs Maree Sidey paid tribute to the winners for setting an example the whole community could and should be proud of.

“The awards honour ordinary people who are doing extraordinary things every day in sports clubs across the country. Each and every one has a fantastic story to tell and they are true inspirations to individuals and clubs everywhere,” she said.

Lowe was in the running for the national award after winning the state honour.

Since joining the Good Sports program in 2004, Sale Tennis Club has achieved sustained cultural change in the way it handles alcohol and has strived to improve the health and safety of all members and the wider community.

Over the past 10 years the club has been recognised for its efforts with regional, state and national Good Sports club of the year awards as well as being state and national winners of the National Drug and Alcohol Awards Excellence in Creating Healthy Sporting Environments.

The club has also been winner of a Tennis Australia most outstanding club award.