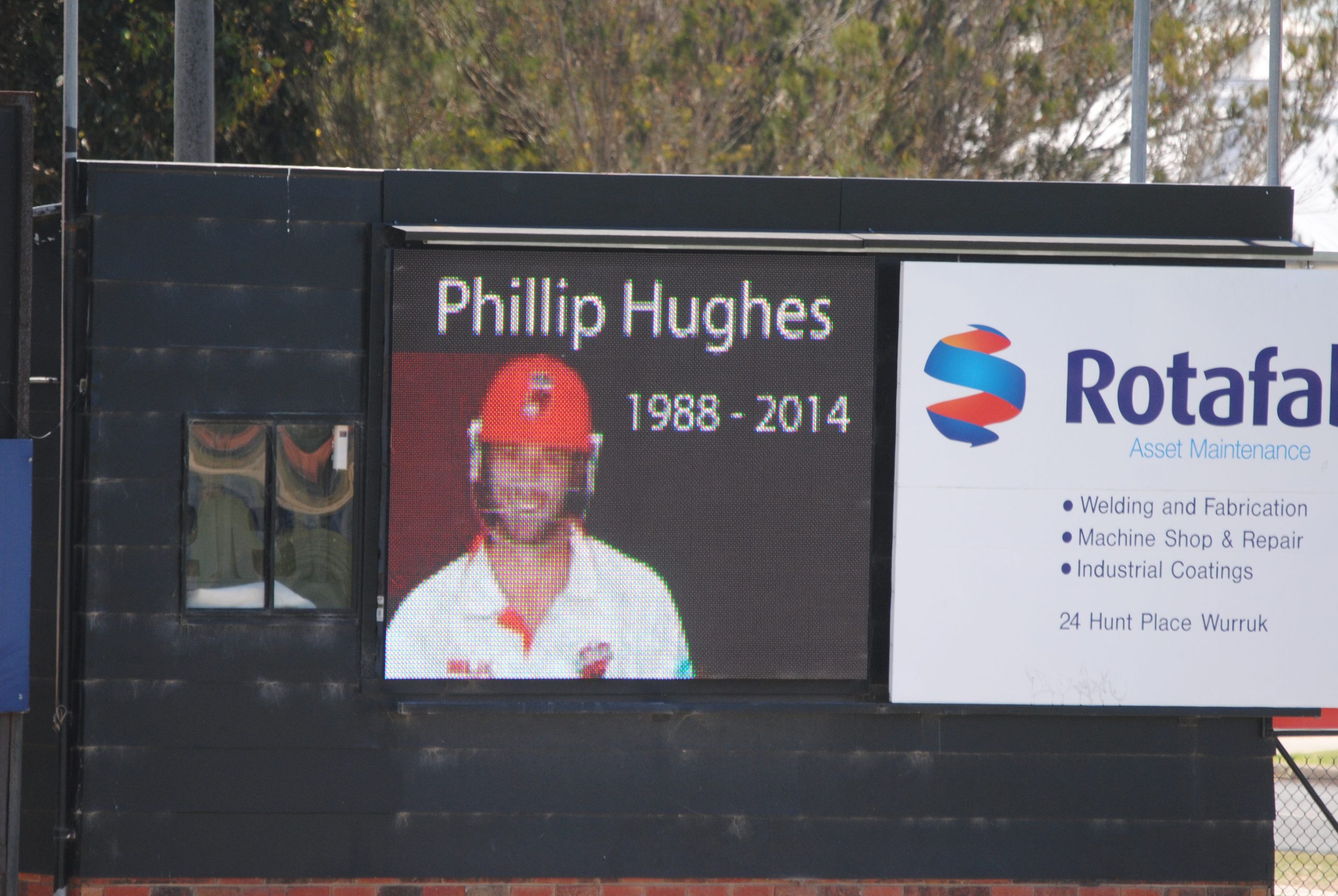 THE injury to and subsequent death of Phillip Hughes has led to the Australian Cricketers’ Association postponed its Masters tour.

The team of former cricket greats was due to play a twenty20 games at Sale Oval on Friday night, as well as take part in a range of other activities. In addition to the feature matches, the sportsman’s functions and kids clinics scheduled will not take place this weekend.

Hughes died last week after being struck in the head while batting in a Sheffield Shield game for South Australia against New South Wales.

ACA chief executive Alistair Nicholson said the decision to postpone the tour was not made lightly.

“As you would all be aware, there is currently a very serious issue affecting cricket and particularly our members,” he said.

“Phillip Hughes’s situation is having a profound and devastating impact on the entire cricket community.

“The sentiment of our members following the incident was that they wanted the ACA’s resources directed where they are needed most, and in response we sent a number of our staff to Sydney on Tuesday afternoon. These staff members have remained in Sydney to provide welfare assistance to Phillip’s family, his teammates and his peers.

“On Wednesday, the ACA in consultation with Cricket Australia, made a decision to abandon the current round of the Sheffield Shield. For similar reasons that the decision regarding the Sheffield Shield was made, and with respect to how widely our current resources are being stretched, the ACA wishes to advise that after very careful consideration we have made the decision to postpone our impending tour to the Sale (Wellington) and Yarrawonga (Moira) regions.

“It’s not a decision we’ve made lightly, but one we are hoping and trust that the entire community will understand. This is a very unique situation which, on balance, has required a unique response and in no way underestimates the enormous work many people have put in to date to bring the tour to life.

“We apologise sincerely for the disappointment and inconvenience caused but hope you can sympathise with our situation.

“At times I understand that elite cricket may seem to be a world away from the country or grass roots game. But the reality is that Phillip Hughes hails from Macksville, a small town about 500 kilometres north of Sydney. His progression from local cricket to the highest level helps highlight the link between the two, and why his current battle is being felt so heavily throughout all levels of the game.”

Nicholson said the ACA would work with Wellington Shire Council to arrange an alternative date for the match in Sale.

“Ideally this will be sometime later this season, and we will communicate these details as soon as they have been confirmed,” he said.