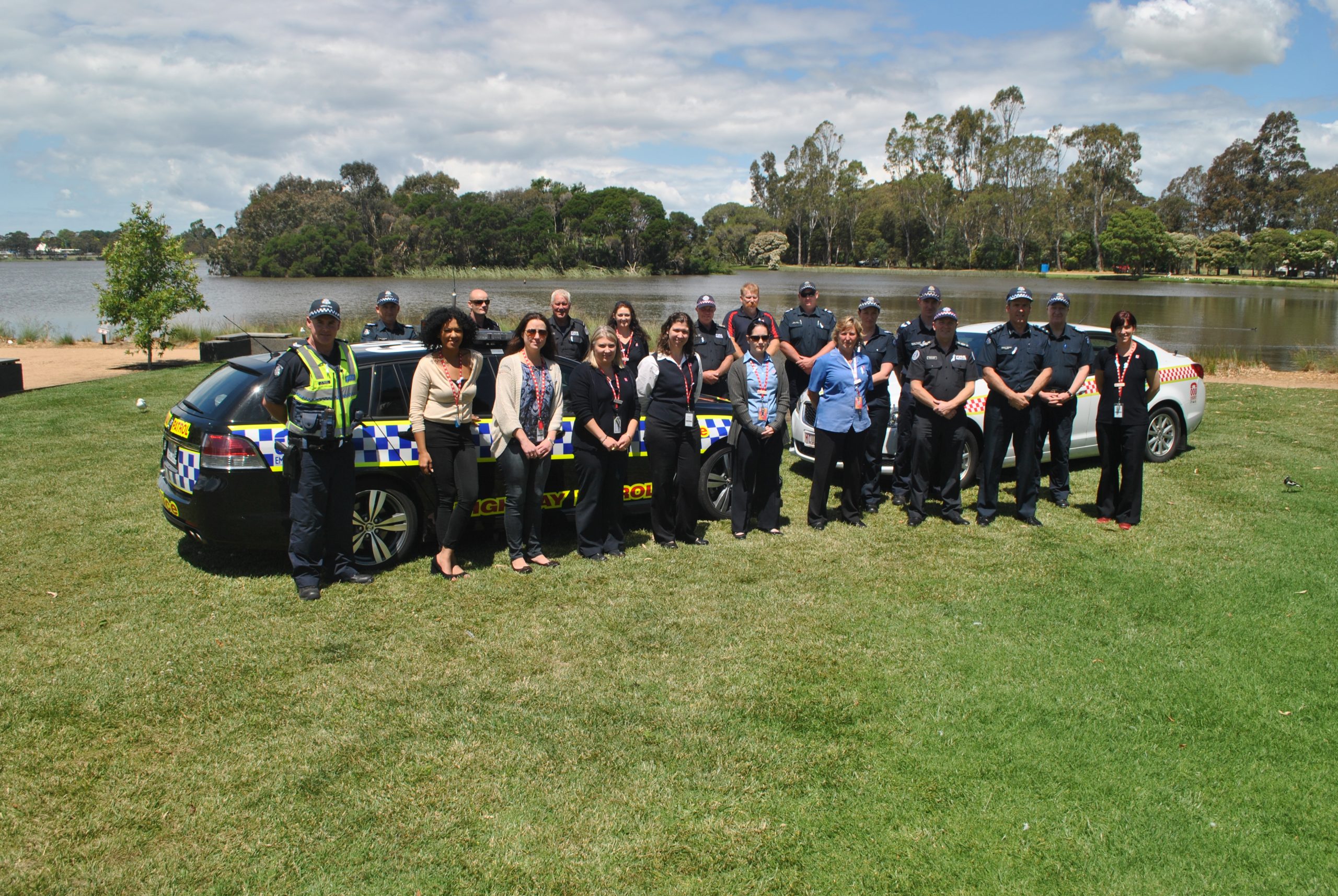 WOMEN suffering violence don’t have to do it in silence.

That’s one of the messages local police and CFA staff and volunteers made to mark White Ribbon Day on Tuesday.

Members of local emergency services stood together in a statement against violence against women.

During an afternoon tea at Lake Guthridge in Sale, the male members took a public oath to never commit, excuse or remain silent about violence against women, to treat women with respect, and to intervene safely when someone else doesn’t.

CFA region operations manager Allan Rankin said the event was about sending a strong message to the community.

“We’re saying that family violence, and violence against women, is just not on,” he said.

“People don’t have to suffer in silence, and there is support available.”

“The good thing is it’s being reported,” he said.

“Support services have come a long way,” he said.