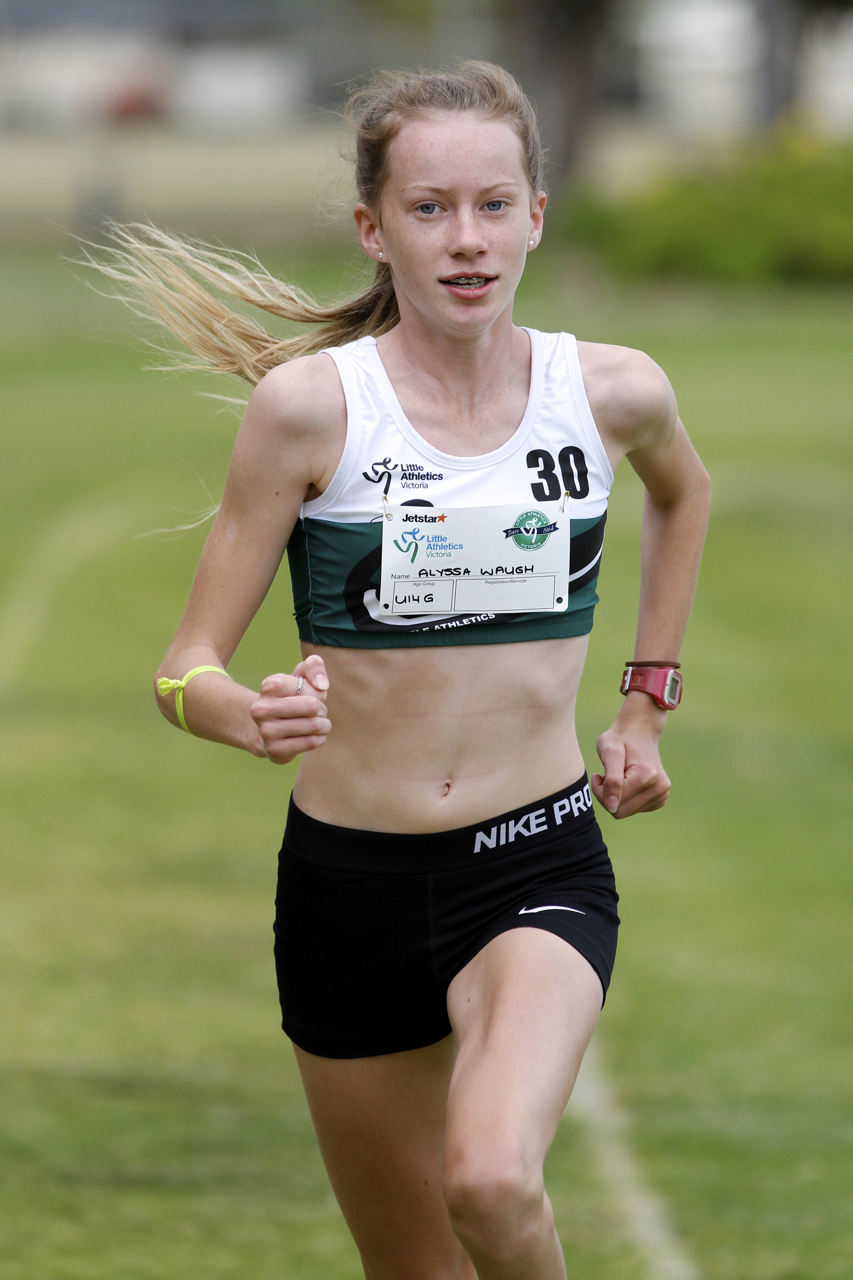 Both of these new record times would even have broken Harvey’s centre record times in the under 15 age category (2:26.60min and 5:12.40min).

Former Sale centre athlete Natalie Harvey has had a fantastic athletic career, including entry in the 1996 Atlanta Olympics (5000m) and 2000 Sydney Olympics (10,000m).

The Harvey family was not only very popular but also very talented, with Natalie’s brother Aaron also being a state medallist for athletics and doing well in cricket and baseball.

Besides being a member of the Sale Little Athletics Centre, Waugh also runs, under the guidance of coach Denis Huffer for the Sale-based Wellington Athletic Club.

Alyssa is following in Harvey’s footsteps already as she is currently holding the Victorian country record for the under 13 and 14 one kilometre events.

Alyssa is also no stranger at national track and field and cross country events. Her determination, drive and passion might bring many more athletic successes for the 13 year old, just like it did for Natalie Harvey back in her time.