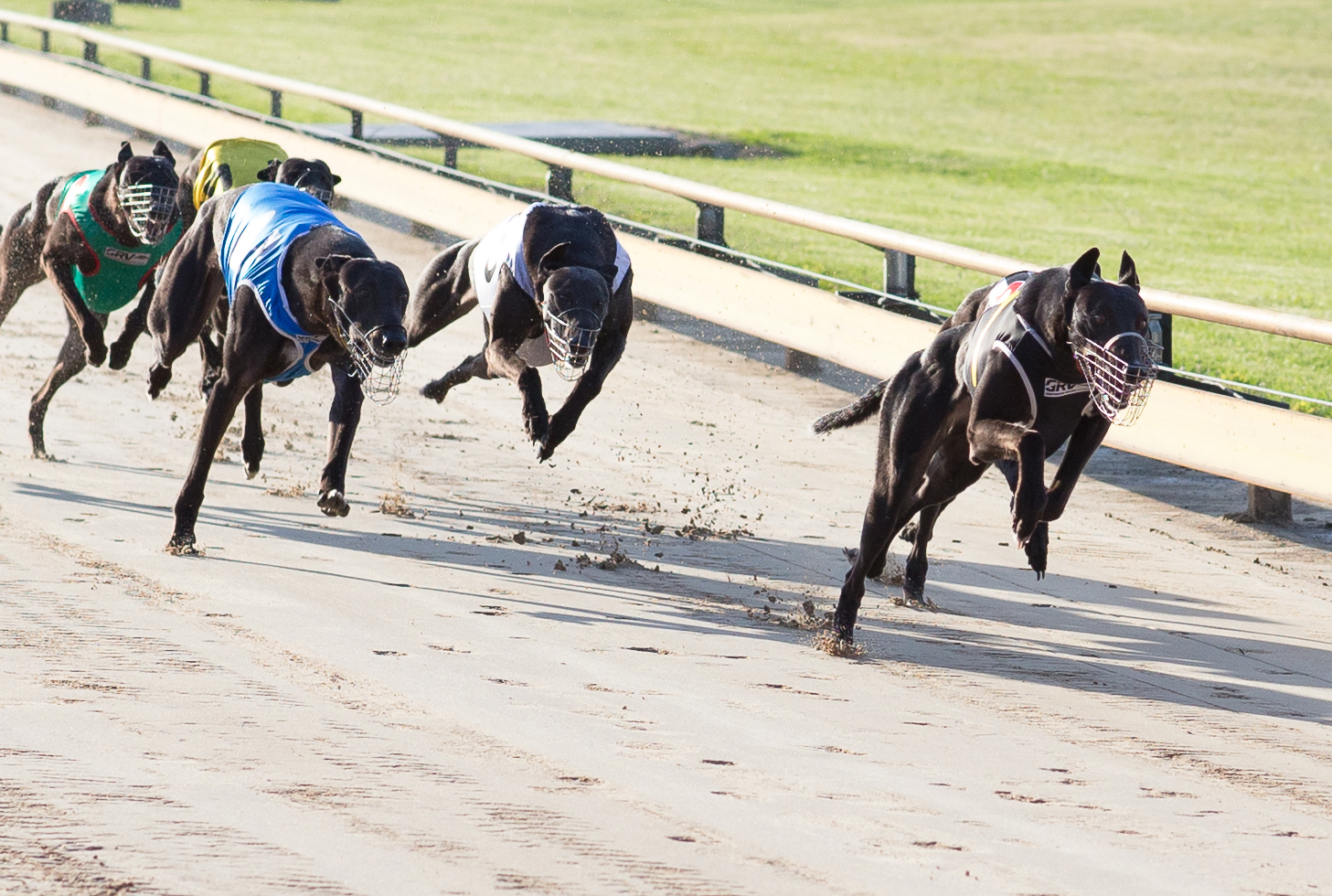 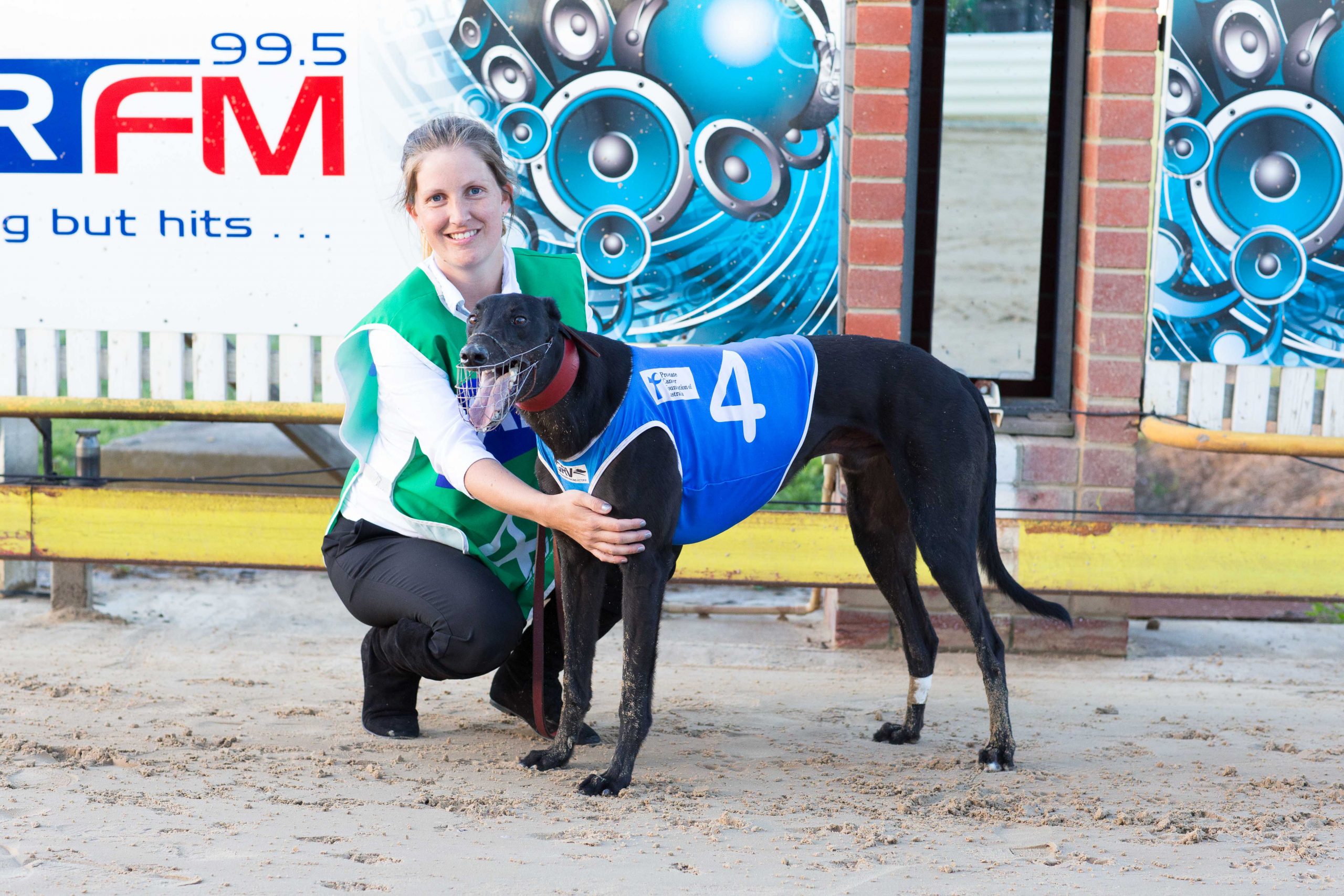 THE final of Gippsland premier greyhound event, the group one Sale Cup will be conducted at the Sale Greyhound Club complex this Friday evening.

Six high quality heats were conducted on Sunday night over the testing 650 metre trip with most of the star greyhounds getting through to the rich final.

The only shock omission was the pre-race favourite for the series, Sweet It Is, who produced the run of the night to give the leaders 15 lengths start at the half-way mark, but just failed to pick up the winner. Unfortunately for connections, Sweet It Is missed qualifying for the final by a mere 1/100th of a second (about two centimetres) and will be first reserve for the final.

In the first of the heats there were huge expectations on former New South Wales chaser Space Star. Ideally boxed in the outside pink box, Space Star cruised to the front with 200m to go and looked set for a hollow victory, but was not as strong in the home straight as expected and only just held on for narrow win.

The Robert Britton-trained greyhound has drawn box seven in the final and will appreciate the wide draw, but will need to improve to figure in the finish.

Heat two marked the Sale debut for classy Western Australia sprinter Star Recall. Now in the care of Jeff Britton at Anakie, Star Recall, since travelling east, has made the final of the Melbourne Cup and with a pair of 600m wins at The Meadows, has established herself as Australia’s best middle distance greyhound.

While she did not run the scintillating sectionals of her trial at Sale prior to the heat, Star Recall did show that the extra distance at Sale will not pose a problem.

Box four in the final should not be a concern with the long run to the first turn.

Jeff Britton will be looking to join father Alan (1997 winner with Shannens Storm) and brother Robert (2010 with Symmetry) on the Sale Cup honour roll.

The third of the heats looked on paper to have three dogs with genuine chances of winning the final.

The three dogs indeed cleared out from the rest with Alan Deed overcoming a slow getaway and showing tremendous mid-race pace to race to the lead 300m from home. Agent Jack was gallant in defeat but did not help his winning chances by allowing Alan Deed to rail inside him through the first turn.

Eliza Blanche, the early leader, did not have the mid-race pace of Alan Deed and Agent Jack and just missed making the final. Alan Deed has made another big race final, but again drawn awkwardly in box six.

Agent Jack is drawn well in box two with a slow beginner on either side. It would be a popular local victory with Agent Jack being locally bred and part owned by Craig and Olivia Alcock.

The upset of the night occurred in the fourth heat when Australia’s best stayer dropped back in distance to the Sale Cup.

As expected, Sweet It Is got back in the field early and spotted the leaders a huge start. The winner Zipping Felix also gave the leaders a good start and was very strong to the line and just held off the barnstorming finish of Sweet It Is.

Zipping Felix has drawn well in box eight in Friday’s final and while he will need a good slice of luck, he does look a chance of giving his trainer Peter Dapiran his third Sale Cup, having won previously with Bentley Babe (2001) and Draino (2003).

If Sweet It Is was fortunate enough to gain a start she will be a greyhound that all finalists will be worried about.

The underrated Kiltah Magic won the second last heat for trainer Kelly Bravo from Lovely Banks. Showing good speed to the first turn, Kiltah Magic shifted wide on most turns but still proved too good in defeating Zipping Spike, who seems to be improving with every run at Sale.

Both greyhounds are through to the final with Zipping Spike drawn in box three and Kiltah Magic in five.

The final heat was the slowest heat, but nevertheless the winner Texas Titan was very impressive, overcoming a slow start and running wide at the first turn to dash to the lead mid race. Although getting very tired he held on for a narrow victory.

In most cases drawing the coveted inside box in a group one final would be a cause for joy, but in Texas Titan’s case he looks to need clear galloping room in the early stages of his races.

In assessing the likely outcome of the Sale Cup final there are two different scenarios: Sweet It Is in or Sweet It Is out.

If Sweet It Is fails to gain a start, Star Recall will start favourite and has the ability to lead all the way with Agent Jack boxed to be in the money also.

Should Sweet It Is gain a start she will most probably get a good run along the rails with a number of wide runners in the final. This could set up a thrilling finish reminiscent of Destini Fireball’s last to first victory in 2012.

The club has programmed three very strong finals as the lead-up to the cup.

Race five, the Christmas Gift over 440m, looks a match between the speedsters El Grand Seal for Jeff Britton and Innocent Til for Jason Thompson.

Race six is the final of the Rising Stars, carrying a winner’s purse of $10,000, and as the race name and prize money would suggest, it has attracted some above average youngsters.

Leading trainer Darren McDonald produced Bombora Storm, having his first start for the kennel, and he treated patrons to a speed feast. Winning by a widening 11 lengths, he completed the journey in a staggering time of 24.44 seconds, breaking El Grand Senor’s long-standing record by a mere 1/1000th of a second.

Bombora Storm has come up with the inside box in the final and only a poor getaway will see him beaten.

Dark Jamieson and Fever Pitch are both quality youngsters who can fill the placings.

The Summer Cup is the last race before the cup and looks the only chance local trainers have to pick up one of the features.

Ken Height from Toora has a two-pronged attack with Thunderlips and Half Way There who both excel on the Sale circuit.

Young trainer Bree Elston will be hoping to add another Summer Cup to the family trophy cabinet with Miss Johannsen. Pop’s Blaze won the inaugural Summer Cup for Gayle Elston in 2001.

Rose Kleeven’s Louie Neveelk was also an impressive heat winner and just needs a little luck in the first few meters to figure in the finish.

Off the track there is something for all the family. Admission is free with the complimentary carnival rides available from 5.30pm.

Catering is available, while live music will be playing throughout the night.