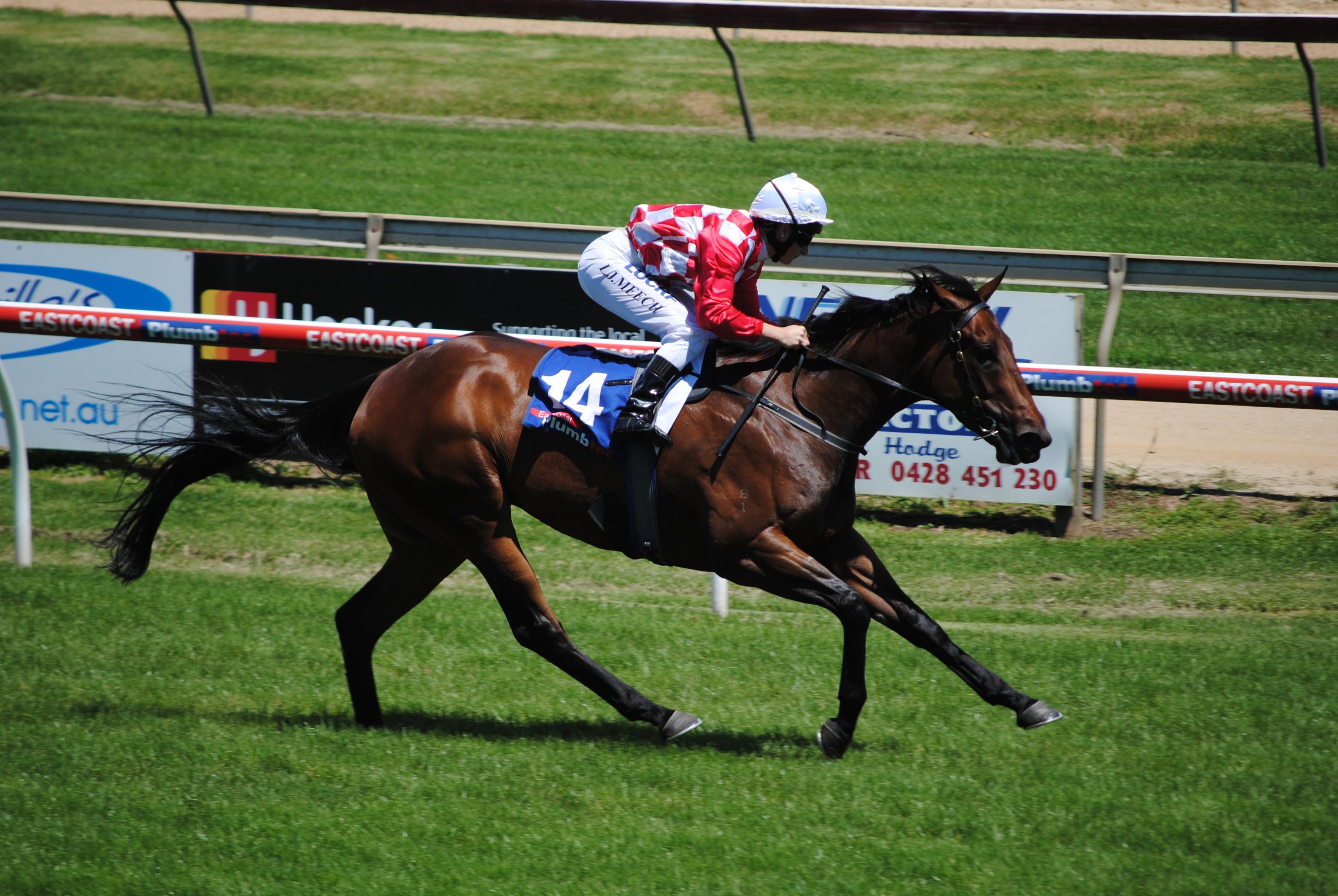 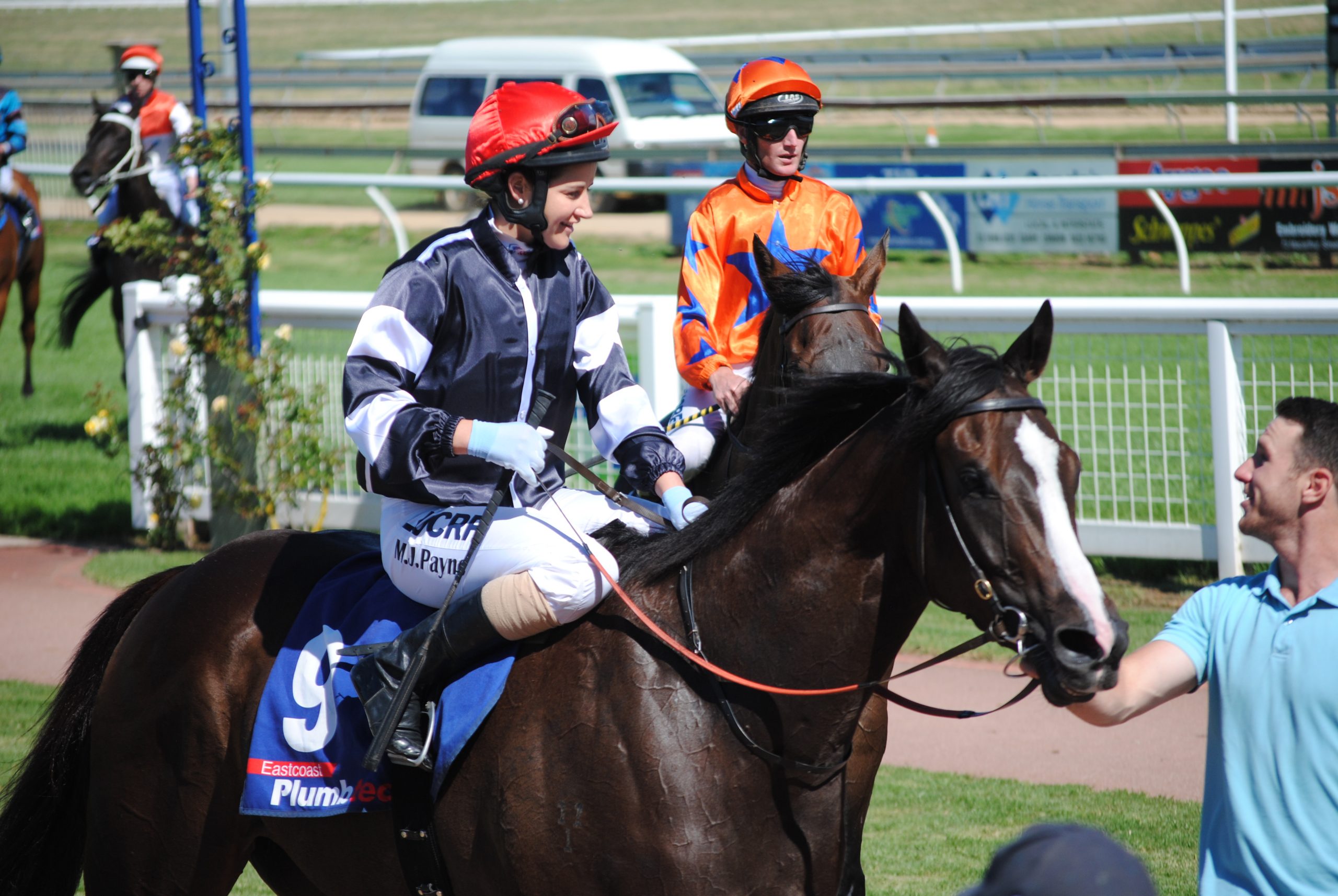 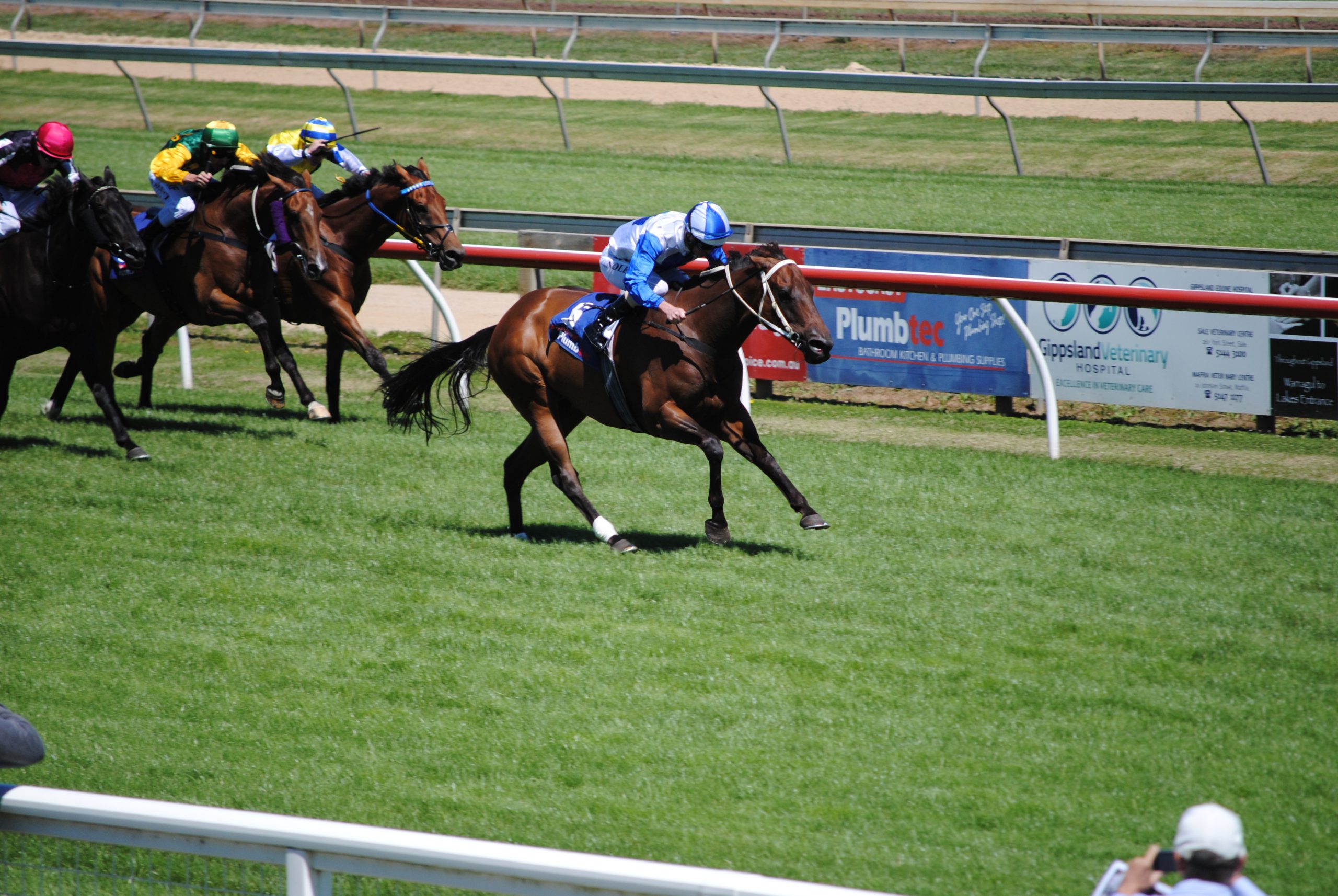 All eight races on the card were named in honour of Sale Turf Club life members.

Despite the strong gusty winds, Cranbourne trainer Robbie Griffiths went further ahead on the trainers’ premiership ladder at Sale with a winning double.

Winner of race four, the Peter Gray Three-year-old Maiden Plate, Sistonic, ridden by Linda Meech and trained at Flemington by David Hayes and Tom Barbering, was just outside the 1100 metre record set by Don’t Tell Tom. Sistonic is the three-quarter sister of champion Black Caviar.

In another scorching run in the windy conditions, race six winner Single Days, ridden by Ben Melham and trained at Mornington by Jason Warren, ran the 1000m in 59 seconds.

In one of the best finishes of the day, Single Days won the Perce Martin Showcase Benchmark 70 Handicap from the fast finishing Military, ridden by Brad Rawiller. Local galloper Sunday Escape, trained at Sale by Andrew Murray and returning from a spell, raced well to finish in third place.

Another eye-catching run came from the three-year-old gelding Lucky Liberty, ridden by Michelle Payne and trained at Caulfield by Sale Cup winning trainer Henry Dwyer. The three-year-old had only two starts for wins at Mornington and at Sale on Thursday, raced away for an easy win in race seven, the John Morrison Benchmark 64 Handicap.

Sharyn Trolove, who trains at Sale, kept the flag flying for the locals, winning race five, the $30,000 Anthony Lee Showcase Benchmark Handicap with her seven-year-old mare God Help Her. Trolove has had a great run with the mare, who has been in the money 16 times from 38 starts for four wins.

Luke Nolen rode God Help Her to win the first leg of the quaddie.

Baja Moon, trained by Patrick Payne and ridden by Jordan Childs, came off a last start second at Kyneton to win the race two, the Max Blakiston Maiden Plate.

It was another top day’s racing. The next meeting at Greenwattle will be the Australia Day weekend meeting on Sunday, January 25.