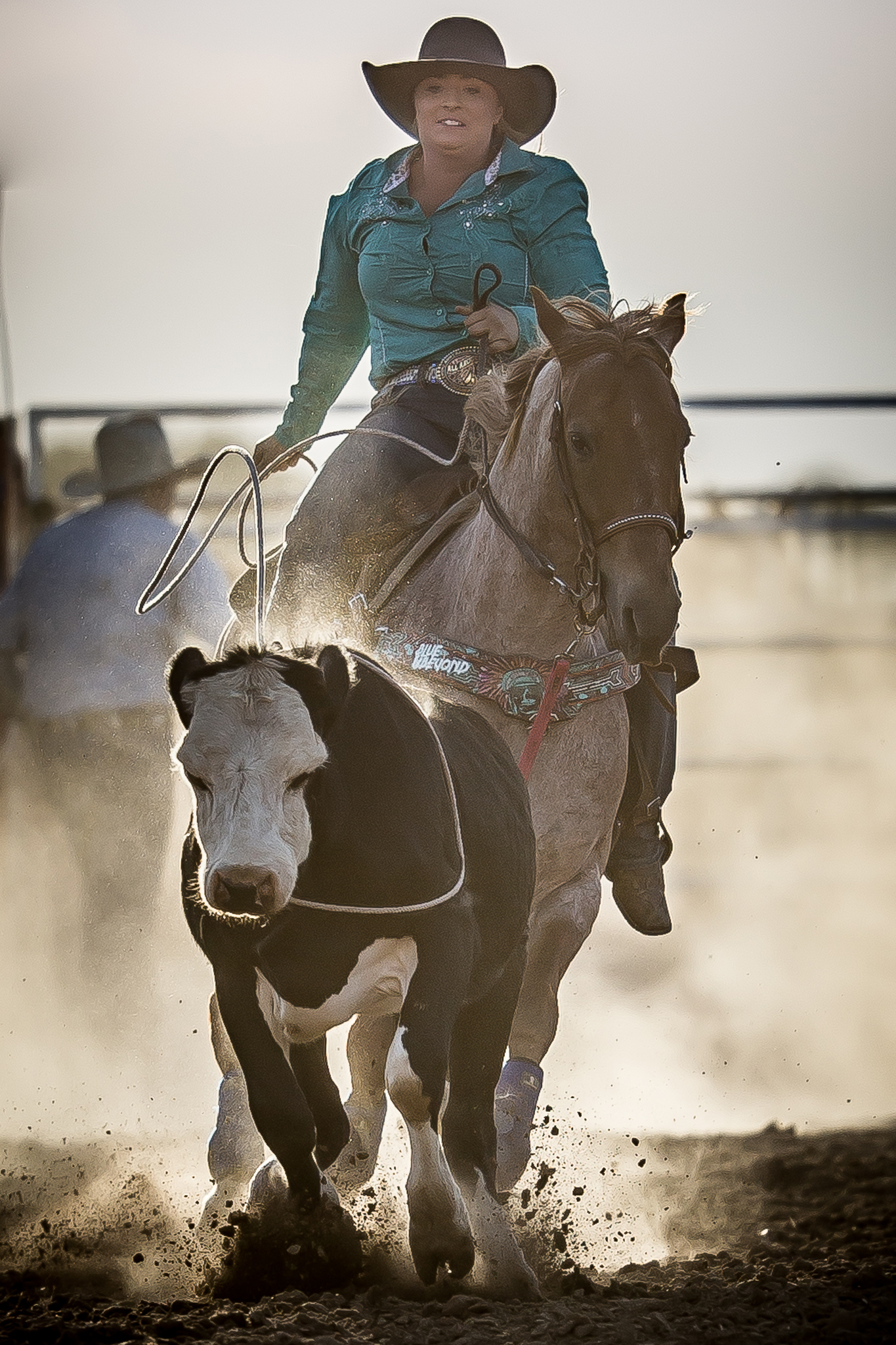 THERE will be a night of thrills and spills on Saturday when the Sale Rodeo will be held at the Sale Greyhound Club.

The event, beginning at 6pm, comes during a busy period for Australian Professional Rodeo Association members as they look to qualify for the national finals.

Last weekend, there was a rodeo at Whittlesea with Saturday’s Sale event to be followed by long weekend rodeos in Kyabram, Merrijig and Chiltern.

Bacchus Marsh cowgirl Latteliah DeSpirt will be one of the favourites.

DeSpirt travelled to Narrandera in New South Wales last weekend to finish second in the barrel race behind current APRA all around champion Nichole Fitzpatrick of New South Wales.

DeSpirt was one of the most successful cowgirls on the Christmas run in Victoria, NSW and Victoria, where she was the major mover on breakaway roping standings.

She is now in fifth place in the standings and assured of qualification in the top 15 for the national finals at the Warwick, Queensland, in October 22.

There will be strong support from southern NSW riders for the Sale Rodeo.

One of the form riders on the circuit is Lockington cowboy Lee Kimber, who has moved up to third on the all around cowboy standings behind two Queenslanders, Shane Kenny and Clancy Middleton.

In timed events at most Victorian rodeos, the two front-runners are Kimber and Willung rider Terry Evison who is currently fourth in all around standings.

Local engineer and also a former Australian steer-wrestling champion Paul Kenny will be keen to defend his win from last year.

The open bull ride will be the feature event. Last year only one contestant managed to qualify for eight seconds.

The rodeo will be fully catered for, with a variety of food and drinks.

Tickets will be available at the gate, with patrons encouraged to take their own camper chairs.