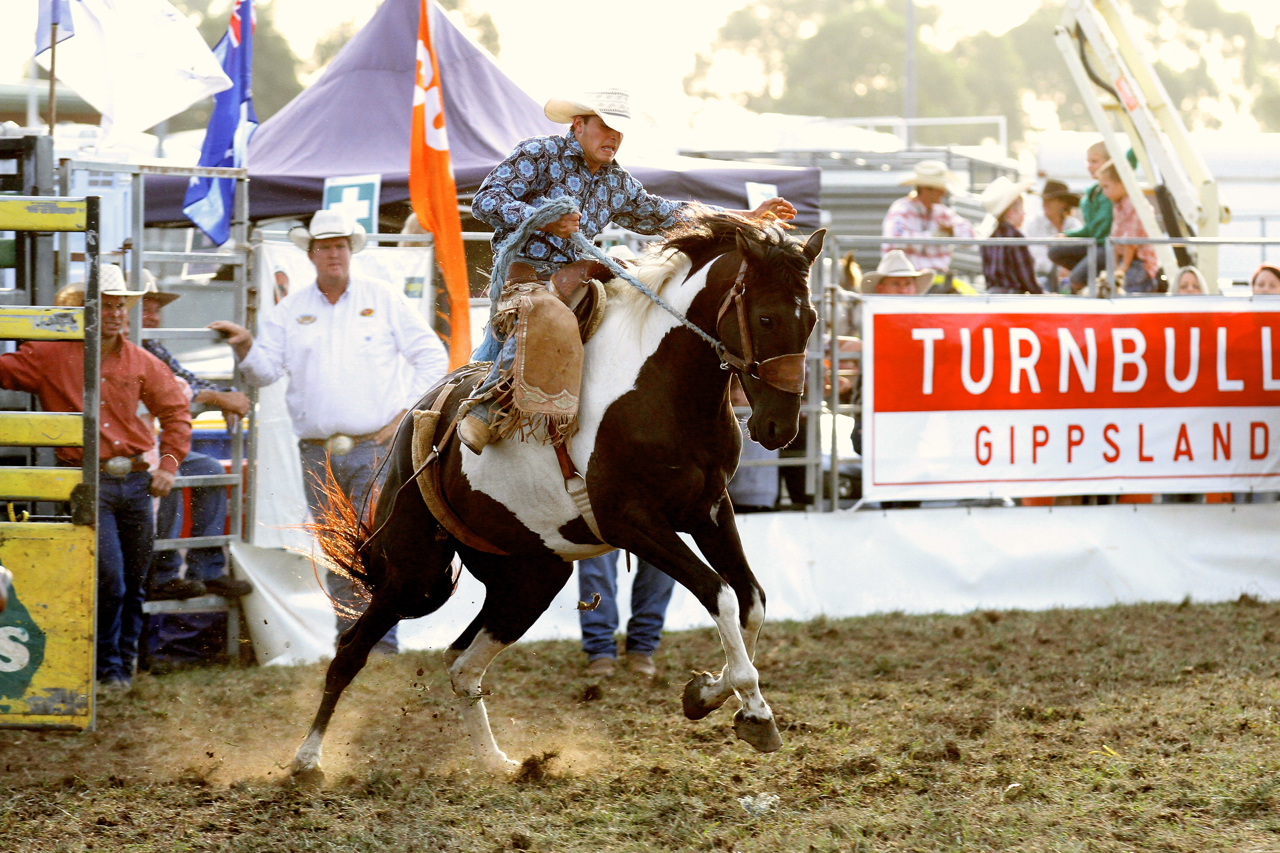 SALE Football-Netball Club has once again hailed the Sale Professional Rodeo a success, after raising close to $40,000 from the event.

Hosting the event for the second consecutive year, the rodeo is the club’s major fundraising effort for the year.

A crowd of about 4000 people turned out to the event, which club president Scott Pearce said provided entertainment for all ages.

“We had rodeo events including steer wrestling, barrel racing, bare back horse riding and bull riding,” he said.

“There was a bit of a carnival atmosphere as well, with entertainment for the kids like face painting, animal farm and a photo booth.”

Pearce said all funds raised would be put back into the club, with a specific focus on increasing the light around the ground.

“We’ll use it to keep improving facilities at the club and we’re hoping to get a few more light bulbs as well,” he said.

Sale will get it’s 2015 football and netball campaigns underway when it takes on Maffra, on Sunday, April 11.