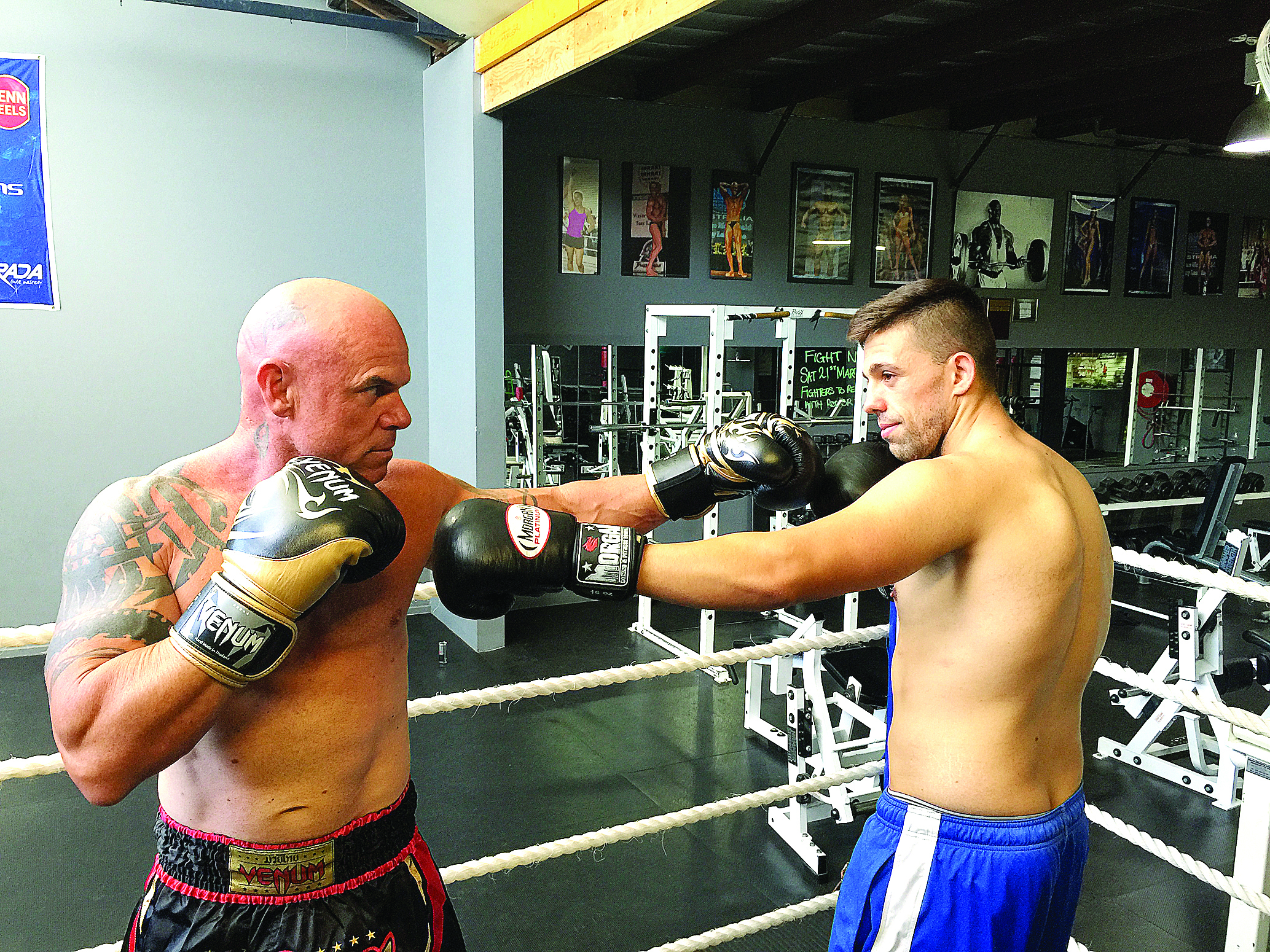 A RETIRED local boxer will take on an Olympic hopeful in the main event on the card of Sale’s fight night this Saturday.

Owner of Sale Health and Fitness, Rod Barbas, will be coming out of boxing retirement after 16 years to take on Australia’s number one middleweight fighter, 27-year-old Robby Jankovski.

A former member of the Australian Army, Barbas has 33 fights to his name and emerged victorious in all except his first.

His decision to put the gloves back on was inspired by the boxing work he’s been doing with his clients in the gym.

“Because I train a lot of people here, I thought it was a good idea to show my skills to the younger guys here so they get that respect and when they see that you do it, they’re obviously going to listen to you more,” Barbas said.

Fighting out of the Collingwood Boxing Club, his opponent is a highly respected boxer with a career spanning 61 fights, 48 wins, 13 losses and two knockouts.

Janovski has been the Victorian middleweight champion for a decade, has won a gold medal at a national level and is currently working towards achieving a spot on the Olympic team for the 2016 games in Rio de Janeiro.

“He’s an Australian middleweight champion and he’s rated 27 in the world, so he’ll probably go pro this year and to have somebody of that calibre here in Sale is great,” Barbas said.

“I’ve trained solid for the last 8 months. Three hours a day, seven days a week, for eight months for this fight.”

The event is put on as a fundraiser for the Sale City Football-Netball Club, with a number of local footballers and netballers also on the card.

“The Sale City footy club guys, most of them had never put a pair of gloves on before, so I’ve trained them on a Tuesday night and then they come in probably three times a week and do their own training, so they’ve come up really well.”

The event, at Sale Health and Fitness, Macalister St, will begin at 6pm with tickets costing $20 each.