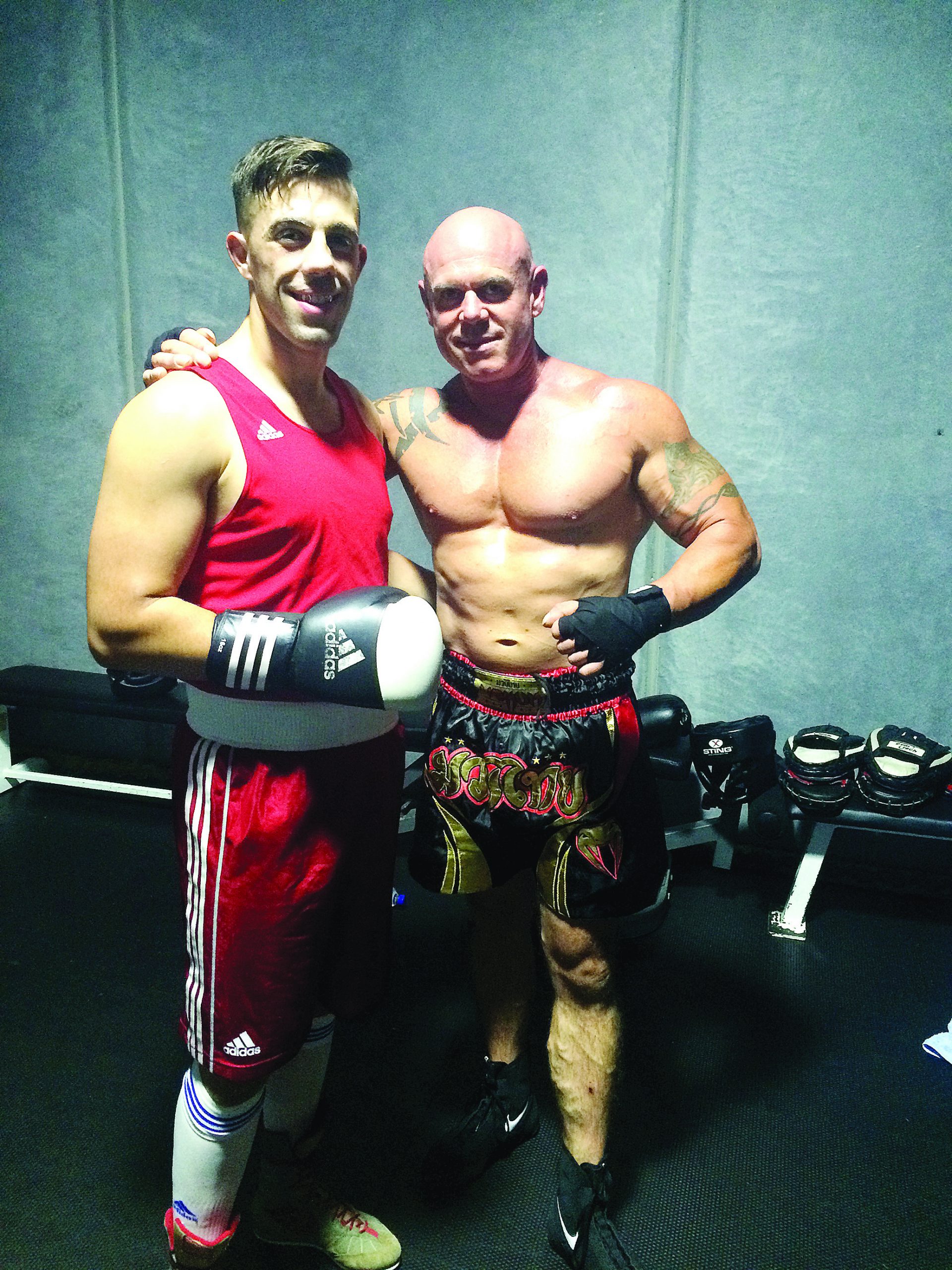 A SALE fight night drew an enormous crowd to view an Australian champion, local gym owner and local footballers do their thing in the ring.

Held as a fundraiser for Sale City Football-Netball Club, the event drew a crowd of close to 500 people and raised just shy of $4000.

Event organiser and owner of Sale Health and Fitness gym, Rod Barbas, was one half of the main event card and has hailed the night an enormous success.

“It was a really good night, everyone had a good time and I never heard one bad comment,” Barbas said.

“It’s good for the community, it involves different people and organisations and businesses, it was really good.”

A number of local footballers and netballers made up the preliminary fights, however the main event of the evening was reserved for the gym’s owner and an Australian middleweight champion, Robby Jankovski.

Having come out of retirement for the fight, Barbas said despite losing by a point, he was more than happy with his efforts.

“I was happy, to get within a point of someone of that standard after having been retired for so many years, I was wrapped.”

Jankovski recently announced he will become a professional later this year, with the quickness of his fists and feet on offer for all at the event to see.

“He’d never gone against a heavyweight before, but he was lightning fast,” Barbas said.

“I’d see probably one of four or five punches that he’d throw. He was good, both of us had a few bruises around the nose and ribs and stuff, and he got a lot out of it as well.”

With many of the local sportsmen and women competing in their first competitive fight, it was important for all involved that safety and sportsmanship was a focus.

“What we tried to encourage too was really good sportsmanship, to try and get away from the fact that some people think boxing is a thug sport. It was good boxing not brawling, it was organised properly and safety was paramount.”

In addition to supporting a local community organisation, the event also provided a positive response for Sale businesses with local hotels taking an influx of spectators through their doors following the bouts.

The great success has ensured the event will go ahead again next year, with the search for a new charity of community group to support set to begin.