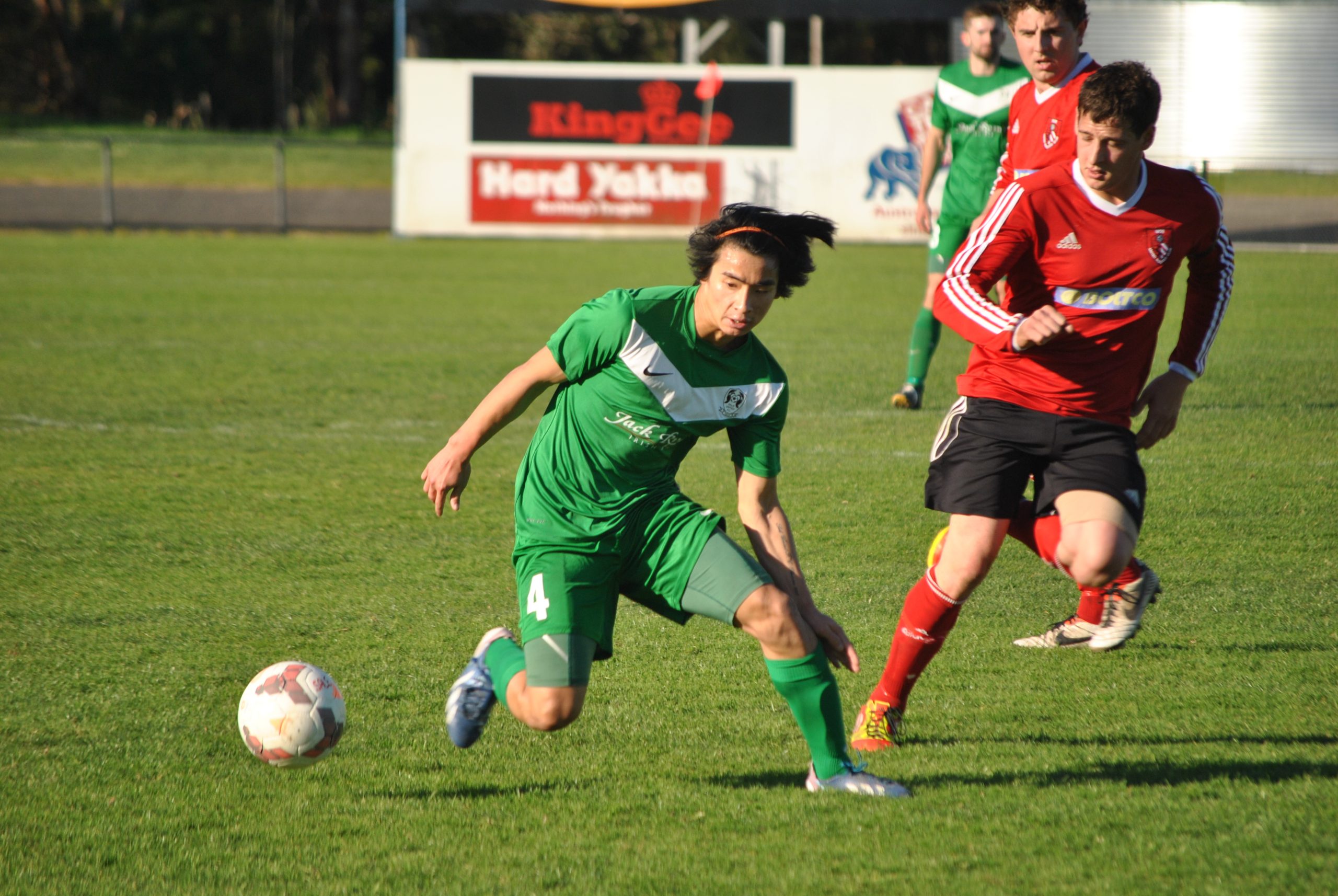 In freezing conditions at Trafalgar, the Swans gave the Victory the cold shoulder, scoring seven goals in the first half. With the win, the Swans maintained their two-point lead on top of the ladder.

Nguyen opened the scoring within minutes of kick-off.

The goals continued through Trevor Irwin and captain Ash Ross before the Victory provided an own goal.

Nguyen’s second goal had the Swans leading 5-0 inside half an hour.

Soon after, Ross scored his second before Nguyen brought up his hat-trick ahead of half-time.

In the second half, Nguyen scored his fourth to take his season tally to 14, one behind Falcons’ Jesse Kennedy.

Rudy Garcia scored a consolation goal for the home side.

MOE United returned to the winners’ list with a 7-0 thrashing of Morwell Pegasus. The Red Devils led 2-0 at half-time before piling on five goals in the second half to maintain their hold on third place.

CHURCHILL United recaptured some of its spark, proving too strong for East Gippsland United, winning 9-1 at home.

It was just the Rams’ second win of the season, moving the champions into eighth position.

WITH a 4-1 win at Tyers, Newborough-Yallourn United strengthened its hold on fourth spot. Mark Fairbrother scored a hat-trick for the Combine.

OLYMPIANS had the bye.

SALE United will have the bye this weekend. The Swans’ next match will be at home against Pegasus on May 24.

Also on Sunday, Traralgon City will welcome Tyers, Fortuna will host Trafalgar, Newborough-Yallourn will be at home against Churchill, and Monash will head to East Gippsland.