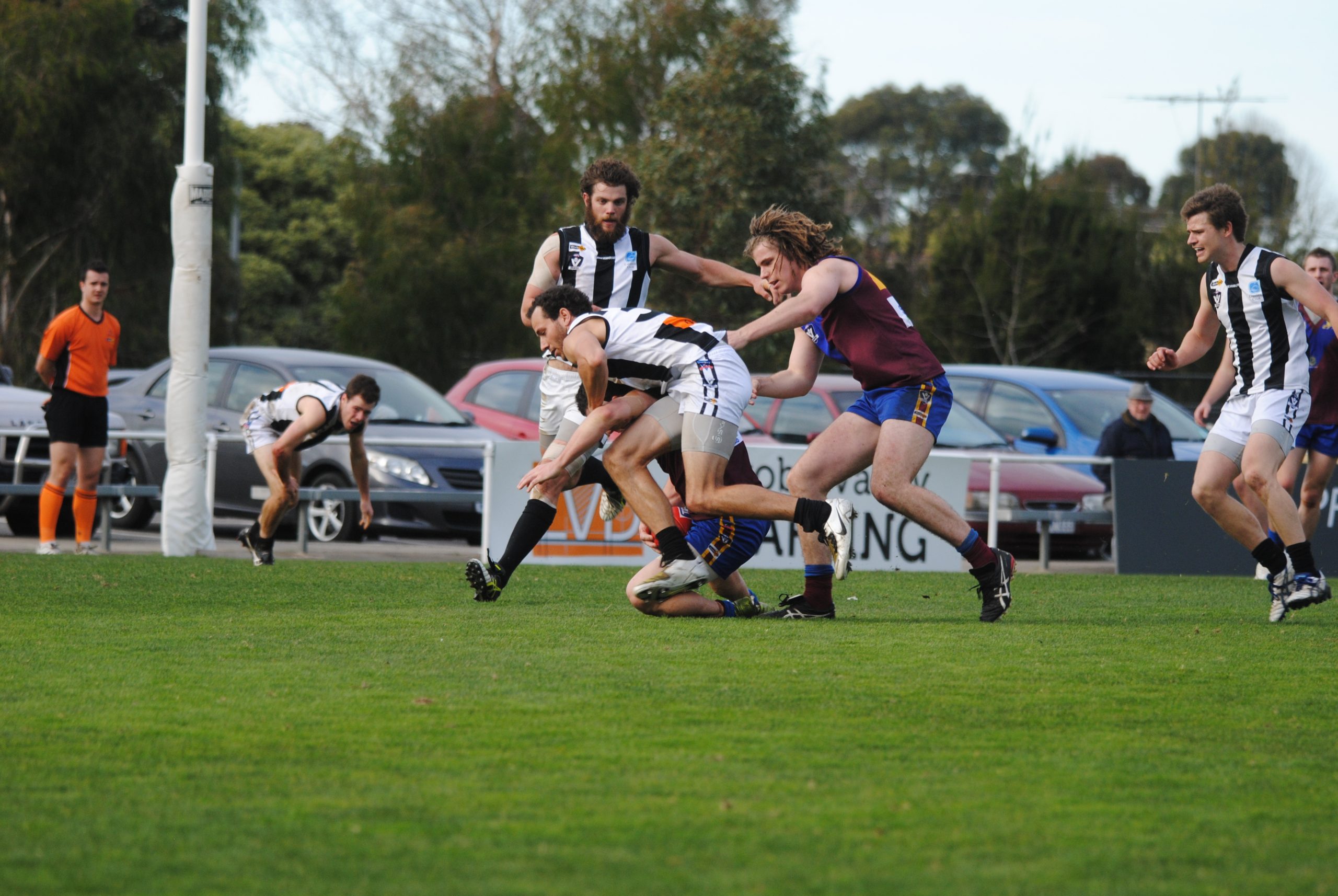 RELATED: Eagles get better of Gulls

IN a game of two distinct halves, a more determined Moe won its third game for the Gippsland League football season, overpowering a depleted and inaccurate Sale.

Having been 20 points in arrears at half-time, the Lions, who had been forced to play wide earlier, came out for the second half with lifted intensity and used the corridor, finishing full of running.

However, midfielder James Blaser was the architect of the victory. Sale had no answer to the midfielder.

The Lions also capitalised on the Magpies’ undisciplined performance in giving away five 50 metre penalties, which resulted in four unanswered goals. This allowed Moe to get back into the game – a painful lesson for the young Magpies.

Additionally, Sale had no answer to the ruck dominance of Ben Morrow, who had a free reign at the stoppages. Morrow continually fed off to onballers Peter Ainsworth and Tom Long, who also assisted in setting up the Lions’ victory.

The Lions played like a team possessed and the comeback was what the Moe faithful wanted to see, and they loved it.

The Magpies had major pre-match setbacks with the withdrawal of Tom Hams and Jake Thomas. This resulted in fielding arguably its youngest team since the mid-1960s.

Despite this and without a recognised ruckman, the reshuffled Magpie side began well with full forward Andrew Quirk kicking four first half goals with a display of strong marking.

With a solid defence, led by Shane Fyfe, Chris Laverty and Will Leslie, the Magpies held the Lions to four first half goals.

Sale’s effort before half time was creditable, but its lead should have been much bigger had it not been for missing easy shots for goal.

The Magpies’ inaccuracy problem got worse in the second half when they could only manage to kick one goal from 10 scoring shots, a dismal and costly effort. On the other hand, Moe’s contribution for the second half was 9.8, mainly coming from the dominance of its midfielders and better use of the ball.