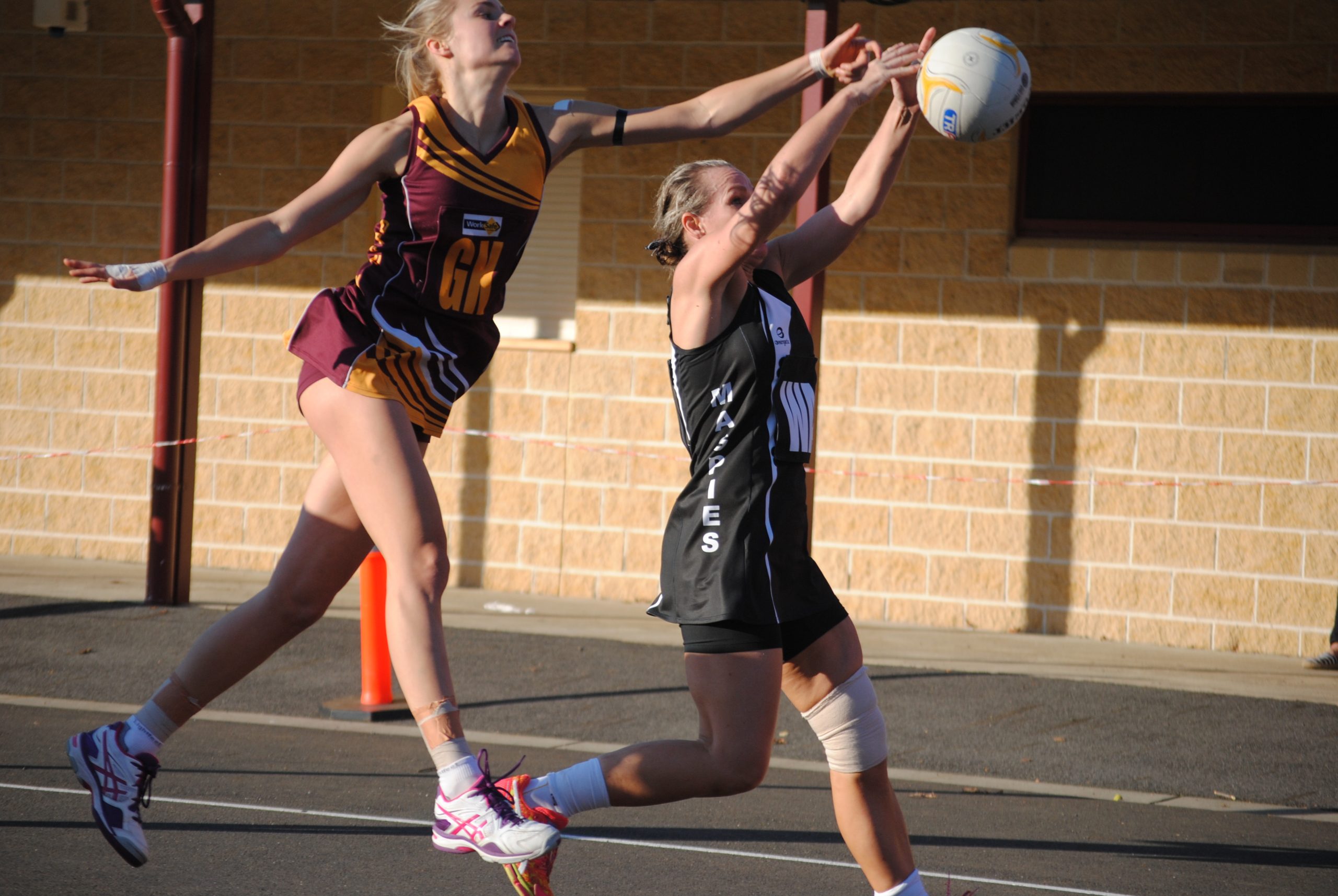 SALE netballers Lara Dunkley and Kate Eddy missed Saturday’s Gippsland League clash with Drouin due to their side being involved in the Victorian Netball League grand final.

Both girls were part of the Boroondara Express side which faced off against a highly fancied City West Falcons team for the VNL premiership at the State Netball and Hockey Centre.

Scores were level at the first change in the fast moving grand final, before Boroondara managed to sneak ahead by two goals at half-time. The City West Falcons clawed back the deficit to again level the scores at the last break, before Boroondara Express ran away with the match in the final quarter.

The underdogs proved the hungrier side in the final term, running out 50-44 winners.

Dunkley ran out all four quarters at centre and was among the best players for Boroondara, while Eddy played her usual consistent game in a defence.

The A grade clash between Sale and Drouin looked a likely finals preview, with both teams fighting hard throughout the match to gain the upper hand.

Drouin jumped out of the blocks to lead early, before Sale fought back in the closing stages to get within three points in the final quarter. The Hawks eventually steadied to win the match by seven goals, 44-37.

Maffra and Sale players will enjoy this weekend off as the Gippsland League completes a split round. The two clubs will meet on June 28.

In Saturday’s other Gippsland League match, Moe had a 54-42 win at Bairnsdale.